As the RNC stumbles along in Cleveland, another, parallel convention of Donald Trump supporters is taking place on Hillary Clinton’s Instagram account. Far more gleeful than the actual RNC, though no less articulate, the Hillary Clinton Instagram convention is largely focused on a single task: leaving the phrase “spicy boi” in the comment section.

Just as Trump has dubbed the candidate “Crooked Hillary,” so too has this army of trolls attached their own epithet. The name is drawn from an online petition demanding that fire ants be renamed “spicy boys” (“It’s 2016, there are 36 genders, bayblade might be a new olympic sport, why arent we calling fire ants ‘spicey boys’”), crossed with the internet’s favored spelling, “boi.” The raid was launched over the weekend, thanks to the publication of a modern political manifesto: a JPEG posted on image-sharing site iFunny. Just like our founding fathers, each of the signatories followed their names with a count of how many followers they had on the site. “Let’s make the news,” the signatories write. 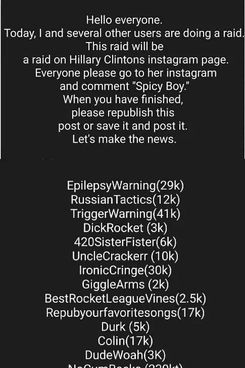 From there, “spicy boi” crossed over into a group of natural conservatives: southern frat boys. The idea was picked up by the Twitter account @OldRowOfficial, a prolific and popular Twitter account usually more concerned with posting pictures of college women in swimsuits sitting on Yeti-brand coolers (#YetiButts). Prominent Trump Twitter backer “Pizza Party Ben” — an associate of recently banned Breitbart controversy magnet Milo Yiannopoulos — jumped onboard, declaring it, with the force of his formidable and respected judgment, “the best meme in history.” While most posts on Clinton’s Instagram usually garner a few thousand comments, an image posted as the “spicy boi” raid crescendoed on Sunday night earned more than 120,000 comments, nearly all of them variants on “spicy boi.”

iFunny user Wesley, who posts under the name “EpilepsyWarning” and describes himself as the “the leader of the spicy boy raid,” says there’s no political agenda behind bombarding Clinton’s Instagram with tens of thousands of comments.

Days later, the spicy-boi enthusiasts aren’t done yet. Clinton’s new posts are still filling up with “spicy boi,” as are the comment sections on Clinton Instagram posts going back six months. Meanwhile, images of Clinton and fire ants are being integrated into some of the internet’s most persistent memes. 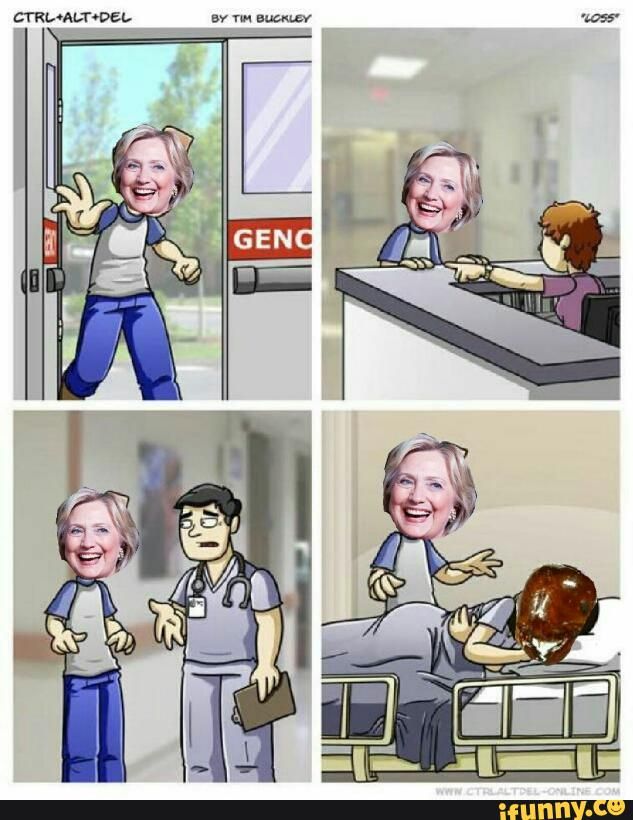 “Spicy boy is just for kicks,” Wesley told Select All. But it’s already more successful than the actual convention.