When WikiLeaks released 19,000 private emails from the Democratic National Committee earlier this summer, former DNC media booker Pablo Manriquez had no idea he’d be turned into a viral hit overnight. But after a series of emails documenting Pablo fighting back against his colleagues sparked the hashtag #ImWithPablo, he found himself enjoying 15 minutes of internet fame. (Since then, several of the people who squared off with Pablo have been forced to depart their roles at the DNC, so it’s pretty clear who the winner was in all this. It’s Pablo. Pablo is the winner.)

Given his newfound celebrity, the natural course of action for Pablo was, of course, to open himself up to internet ridicule by hosting a Reddit AMA. (Think glorified question-and-answer thread.) The AMA was held on /r/The_Donald, a subreddit devoted to all things making America great again. (And, naturally, where Donald Trump held his AMA earlier this summer.) Not surprisingly, followers of /r/TheDonald didn’t exactly love what Pablo had to say about their man Trump. And they were even less onboard with what he had to say about his woman, Clinton.

“It went down hill pretty quickly when I posted #ImWithHer, that Hillary was going to wipe the floor with Trump, and that I’m planning a selfie with Hillary, Bill, Pope Francis, and me in the Oval Office next year,” Pablo told me about his first ever AMA experience.

Here are some of the highlights:

Pablo on working at the DNC during the primaries:

The atmosphere was uncomfortable, not because of any particular candidate, but because the building was old and smelled awkward like Al Gore inventing the Internet.

Pablo on how much power the Clintons have in the Democratic party:

More than Donald Trump ever will over the GOP. Ivanka tho? She could take either party straight to the top – to me, the most-impressive Trump, by far.

No, Hillary’s not going to get arrested, except for maybe by the fashion police if she ever wear’s this number right here: Oh no no no… 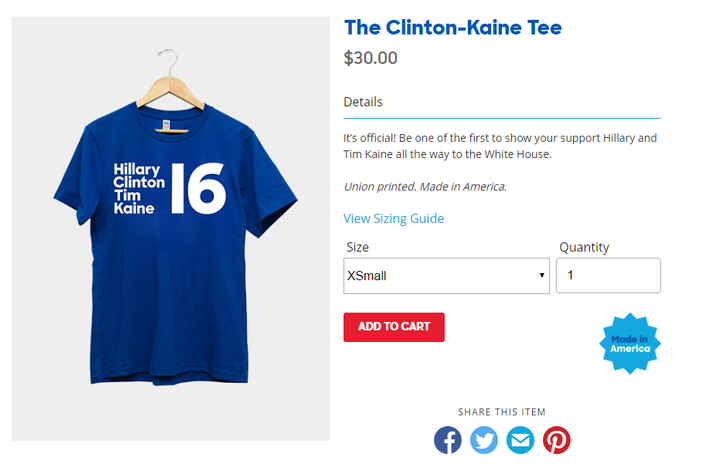 Bernie had his chance and he blew it. Sawy.

Pablo on Donald Trump [comment has since been deleted]:

Trump has fallen from American primetime to the underwhelming wilderness equivalent to tent show status. Please don’t take that the wrong way, r/The_Donald … but Hillary is going to wipe the floor with your guy between now and November.

I know tiny minds at DNC (or ex-DNC) are reasonably terrified right now because I’m in the Donald Trump Supporter Subreddit running my mouth, airing some laundry, defending my junior staffer colleagues who ABSOLUTELY NO ONE FROM DNC LEADERSHIP HAS EVEN ATTEMPTED TO DO RIGHT BY IT’S ARMY OF JUNIOR STAFFERS, the most vulnerable of everyone who got Wikileaked because they’re more likely to reasonable have absolutely no clue – about how they should be emailing.

Pablo on life after WikiLeaks:

From what I can tell, Wikileaks doesn’t really end. Even if I get my DNC Outbox to review every email I’ve ever sent and found that they’re just as awesome as my emails that have already been leaked … well sweet, I’m still potentially going to watch a generation of top political operatives … my colleagues, good kids, close friends … get wiped off the map before their careers even get started

Pablo on Kanye West’s The Life of Pablo:

Not sure, haven’t heard it yet … tho people keep sending me the cover with my photo on it or “F— off Pablo.”

As noted by a redditor over on /r/subredditdrama (yes, really), at some point during or immediately after Pablo’s AMA, the thread was labeled “Filthy Cuck” by one of the moderators. Now, that label appears to have been changed to “Shill Alert.” Pablo was also temporarily banned from the subreddit with the warning “No Hill Shills.” “I basically walked into r/The_Donald as if it were an election press conference when what it really needed to be was a campfire discussion of the future of America,” Pablo said. “But r/The_Donald has me back now with open arms and we have much to discuss about the future of America.”