Update August 8, 2016: Nothing gold can stay, Ponyboy. Nintendo has ordered the archive be removed. In a statement to Polygon, the company said: “The unapproved use of Nintendo’s intellectual property can weaken our ability to protect and preserve it, or to possibly use it for new projects.” Guess you’re gonna have to find your kicks somewhere else.

Cinch that belt, slap that arm, find that vein — we’ve got some the best and purest nostalgia going around right now. Someone at archive.org scanned in hundreds of issues of Nintendo Power. And trust us, this is the good shit. 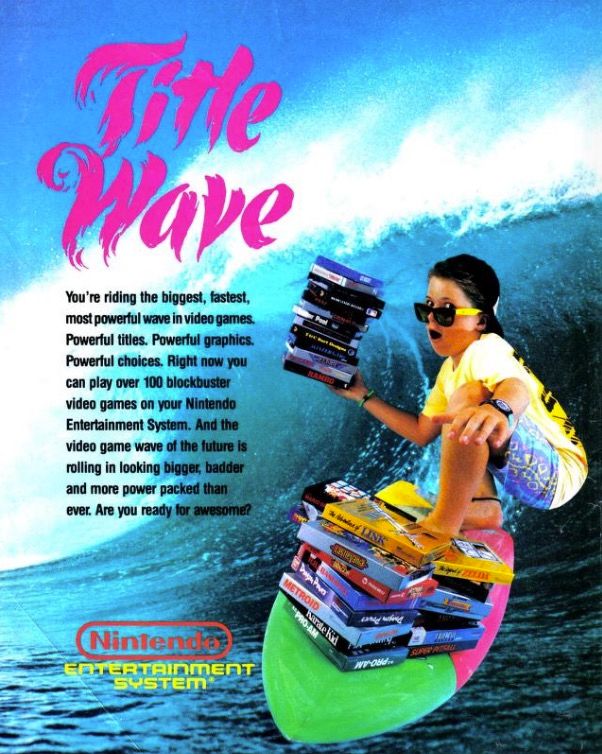 From its first issue, Nintendo Power’s focus was clear: Write from the enthusiast’s perspective about why it was so important to call the Nintendo game counselors. These cool dudes would give you advice on everything from how to beat Mike Tyson in Mike Tyson’s Punch-Out!! (watch for when he closes both eyes, duh) to finding the Red Key in Wizards & Warriors (find the Blue Potion in the Lava Stage and then use its increased vitality and speed to run up a steep incline, ya dingus). 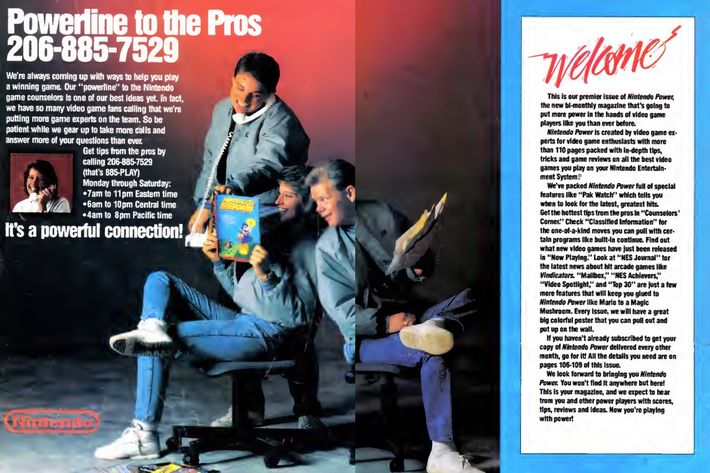 Naturally, kids would want to know about the experts providing them with this advice. To that end, Nintendo Power would profile some of the men waiting to speak to you about how to beat Bionic Commando.

To its credit, Nintendo Power wasn’t afraid to get a little raw. Here’s the cover of the second issue, showing Simon from Castlevania II holding Dracula’s decapitated head like a Uniqlo basket at checkout. It may have alienated nightwalker readers from the magazine (and explain why so many vampires ended up Sega Genesis fans) but Nintendo Power stayed true to its artistic vision. 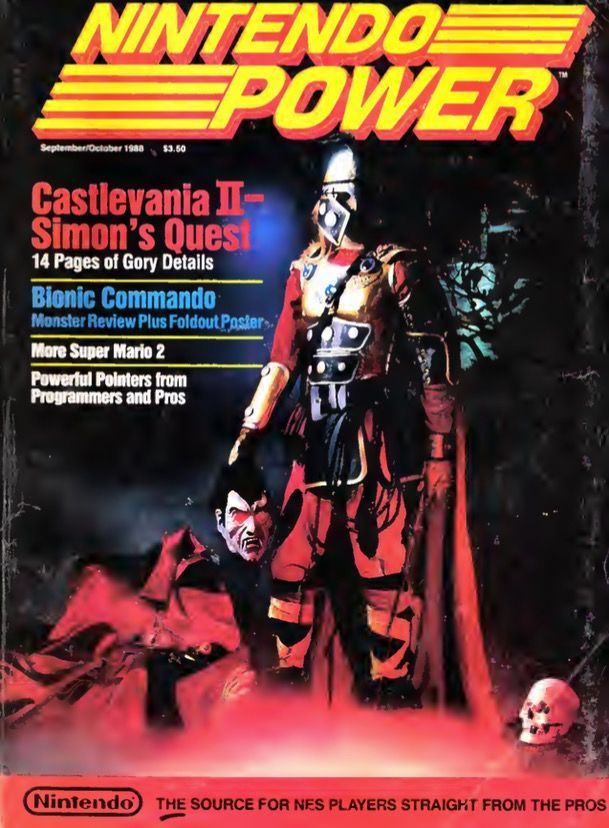 Nintendo Power wasn’t just about video games, though. It also featured celebrity profiles that were remarkably prescient. As Macaulay Culkin put it in Issue 27: “I think it’s fun to be celebrity; I can’t think of any drawbacks. Acting’s the best!” 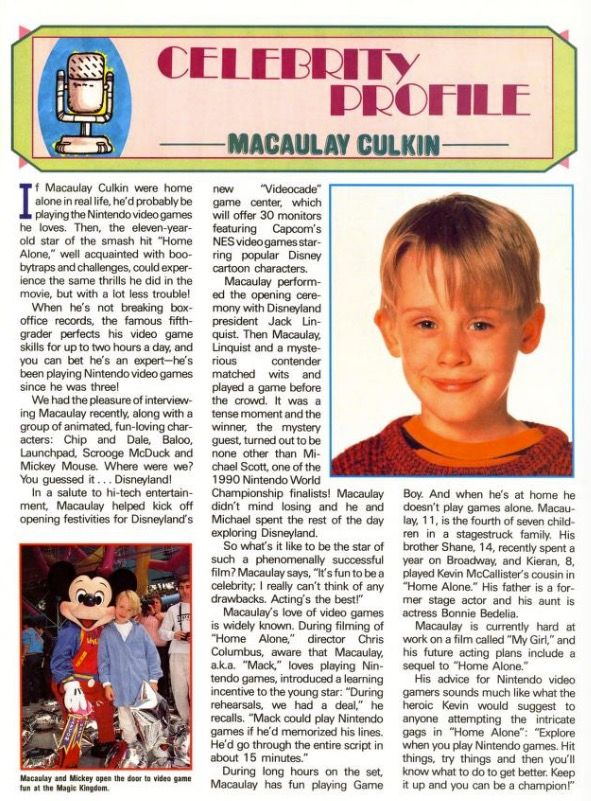 But it wasn’t just big-time movie stars who showed up in Nintendo Power — sometimes you caught glimpses of co-founders of world-changing computer companies who were also very, very good at Tetris:

This is just the tip of the iceberg of the uncut nostalgia waiting for you. There are Howard and Nester comics to peruse; extended articles on how to actually win at Battletoads (the one instance we caught Nintendo Power in an out-and-out lie, as nobody can actually beat Battletoads). The rise and fall of the SNES and N64. But one thing remains constant throughout: Nintendo Power’s consistent commitment to cover art that would withstand the test of time. 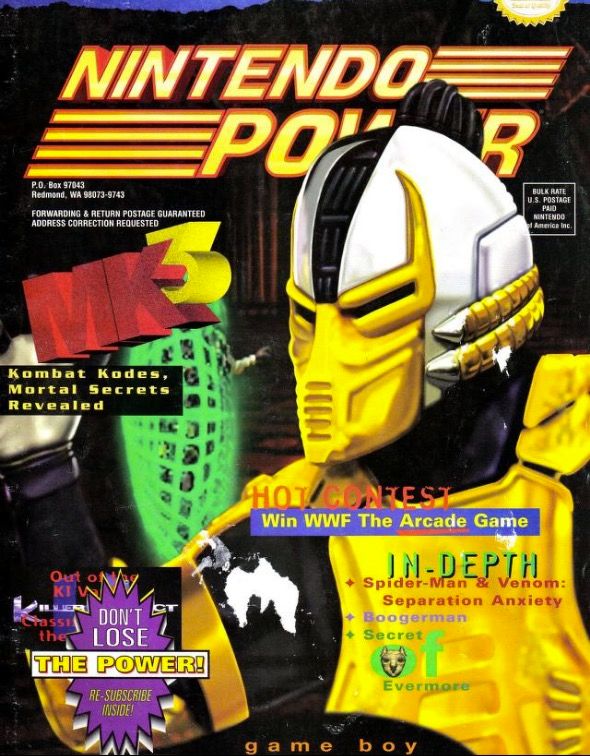 THE FEED
2:00 p.m.
early and often
early and often
Trump Is Upset That Android Hasn’t Approved His Nonexistent App
By Margaret Hartmann
He’s wondered, “Is Google trying to f- - - me?” Maybe, but the more immediate issue is his own company hasn’t submitted an app for Android.
1:53 p.m.
health
health
What the World Needed Now Was a Monkeypox Outbreak
By Benjamin Hart
Experts say the risk of serious spread is low. Let’s hope they’re right this time.
11:49 a.m.
the bottom line
the bottom line
Nationalize Baby Formula
By Ross Barkan
And other ideas to end the corporate stranglehold over mothers and children.