To the extent that they can be classified, memes generally belong to one of two broad families: “relatable” and “ironic.” Relatable memes attempt to convey a feeling or emotion; ironic memes prey on relatable memes by undermining the underlying formats and preconditions of their existence.

Here are two memes featuring Bill Clinton at last month’s DNC. This one is relatable:

Tfw you remember it's Friday and you've got a long night of drinking ahead of you pic.twitter.com/mlc20NeDKp

This one is ironic:

TFW it's Friday y'all pic.twitter.com/7OF5WyCxjp

For as long as the memescape (defined by new media scholars Bradley E. Wiggins and G. Bret Bowers as “the virtual, mental, and physical realms that produce, reproduce, and consume Internet memes”) has existed, this loose taxonomic structure has enabled meme scholars to create vast organized classifications. But over the past several months, a third genre of meme has emerged, and its possible effect on the field is not to be underestimated. I am talking about wholesome memes.

Wholesome memes are post-ironic, meaning that they convey love, affection, and genuine friendship by recontextualizing classic meme formats. The creators of these memes are aware of the jokes that widespread image memes represent but use them to display warmth and empathy. Consider this alternate, smiling version of Pepe the Frog.

It has nearly 86,000 notes on Tumblr as of now. Tumblr is where wholesome memes have grown and thrived over the course of 2016. (Case in point: That 86,000-note Tumblr post is a screenshot of a tweet that only received 25 retweets and 24 likes.) In some posts, users collect various macros that all revolve around the theme of “I love my gf.” Consider: an “upgrade” button that now reads “I love my gf.” 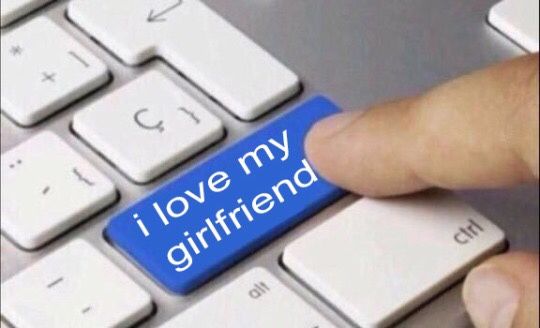 Or this twist on Liam Neeson’s classic line from the film Taken. 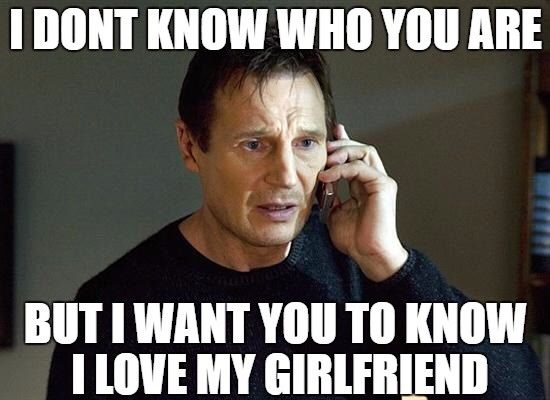 The Tumblr blog wholesomemes has taken to collecting this new class of meme, and scrolling through its archive, it’s obvious that the genre is playing with tropes in the same way that ironic memes do, using what the artist Hito Steyerl defined as “poor images” as well as crudely Photoshopped alteration to turn an ironic or relatable meme into one about love or comradery. They convey the message that someone made a shoddy, heartfelt effort to craft a bespoke wholesome meme for their partner.

These are memes that celebrate how poorly they’re done, how putting in a little effort to tweak an existing meme can be a term of endearment. If ironic memes play on the viewer’s knowledge of the memescape in order to provide some critical distance, wholesome memes use viewer knowledge to foster genuine communication. An ironic meme says, “You and I can comprehend this silly thing, and should feel bad about it.” A wholesome meme says, “You and I know this silly thing, and it has brought us closer together.” One might argue that wholesome memes are just a new form of ironic meme, playing not on the structure of the memes but on the generally tongue-in-cheek and often self-deprecating nature of relatable memes. But they serve distinct purposes. Ironic memes ridicule extensive meme knowledge, but a wholesome meme sends the message that meme literacy is nothing to be ashamed of. Relatable memes are for everyone, ironic memes are for those anxious about being in on the joke, and wholesome memes are for those no longer afraid to be in on the joke. Wholesome memes are the first type to admit that it’s not embarrassing to communicate through memes.

And they’re spilling off of Tumblr. Accounts on Twitter solely dedicated to these images are popping up. One tweet on wholesome memes from last week now stands at around 8,900 retweets.

i am so here for this new wave of wholesome memes pic.twitter.com/K1PCix3bn7

What remains to be seen is whether or not wholesome memes can permeate the only social network that truly matters, Facebook. Irony is pervasive on Tumblr and Twitter, but meme formats truly take off once those sites are raided by Facebook users (and transitively, Instagram). Without understanding what wholesome memes are playing off of, these images mainly resemble the earnest “I love my grandkids” images and videos that Facebook content specializes in. Because Facebook is so interested in real-world identity, users can’t help but act cordial by default. Hell, up until this winter, the main (arguably only) method of interacting with a post was to click the Like button. The active Facebook community is too large to be anything but earnest. It’s sincerity by committee. Can wholesome memes make the transition?