The New York City subway is overaged, overburdened, and overstuffed, leading to nearly constant delays. One of the bigger problems facing the system is simple overcrowding. “Crush load” trains make onboarding and offboarding slower, causing cascading delays up and down subway lines. Whenever someone holds up the 6 train for an extra 45 seconds because they’re convinced they can just squeeze into a tightly packed car, there’s another 6 train that has to wait 45 seconds before it can arrive and pick up more passengers.

Thanks to Jason Wright’s Brand New Subway browser game, I was able to solve those problems in just under 45 minutes. So how did I do it? Simple: I designed a subway system that barely anyone would ride.

The game works to calculate how many people would ride your subway system, how much a single ride would cost, and gives a grade to the system’s efficiency overall. Here, for instance, is our current subway system:

5.65 million people! That’s far too many. No wonder you can never find a seat. So, armed with only a vague notion of transit planning and population density in New York City, I created this:

Not only does my new subway system feature nearly 2 million fewer riders, a single ride also costs 16 cents less than our current system. In addition, I’ve added some fun new features to the system. For instance, the L train no longer serves Brooklyn at all (in fact, Brooklyn overall is wildly underserved, one of the main ways I managed to keep people off the subway). Instead, it runs in a fun figure-eight loop through Hoboken (lovely waterfront views over there) and then deposits riders in the West Village. 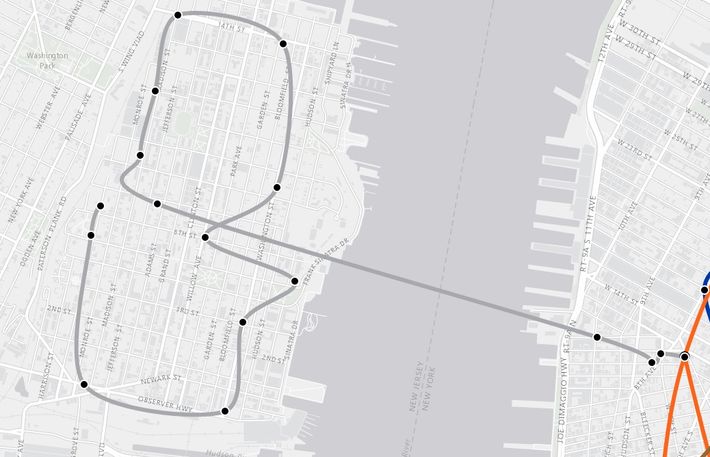 The N, Q, and R trains no longer serve Manhattan at all, but they do form a fun sorta-smiley face. 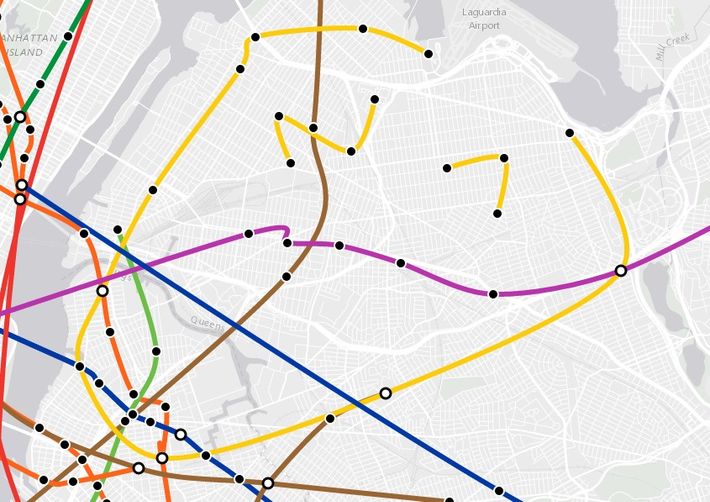 And Staten Islanders will no longer be forced to choose between the bridge or the ferry: My new 1 line zigzags all through Staten Island and then the western reaches of Brooklyn before dropping off riders at Union Square. 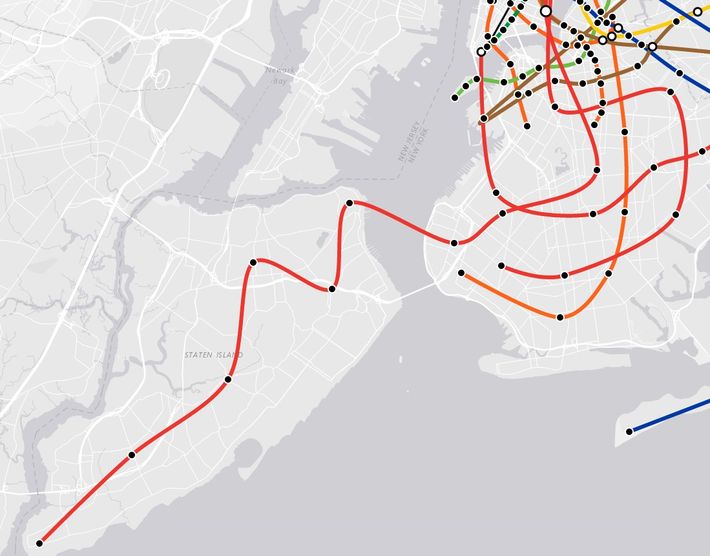 There will be, no doubt, critics of my new subway. They will argue I am leaving vast swaths of New York City without access to the subway. They will argue that there are far too few transfer stations (though, honestly, this was mainly because I only figured out how to build transfers about halfway through my bold new vision). They will argue that my plan to have the 7 line run express directly from my apartment in Sunnyside to my job is self-serving and far too expensive. They will point out that by the standards of efficiency, my subway line scores an “F.” To which I can only argue, while riding my private train to work, that literally no one can stop me and that “F” just stands for “Fun.”

If you remain unconvinced about my plan, you can build your own system on Brand New Subway over here. It’s part of a larger competition being put together by Tim Hwang, which will award prizes at the end of the month to those who can create the best video games and tabletop games based around Robert Caro’s legendary biography of Robert Moses, The Power Broker. If building my own subway is any indication, wielding infinite amounts of power from an unelected office is, if nothing else, incredibly fun.