This is about as far I got in The Power Broker before putting it down to read a book with large spaceships on the cover. Photo: Jake Swearingen

Robert Caro’s The Power Broker is a masterful study of Robert Moses, a politically brilliant and personally monstrous man who did more to change the environment of the New York City metro area than perhaps anyone else, all from an unelected office. He outsmarted mayors, governors, even sitting presidents, all in pursuit of his highway-centric, highly racist, and sprawl-inducing vision of the city.

The problem? The Power Broker is also notorious for being one of those books people claim to have read, or start and never finish. (For the record, I started and petered out on The Power Broker, so it’s a shame I know well.) It’s 1,336 pages in hardback form and weighs nearly 4.3 pounds — or about 1 pound more than the laptop I’m currently typing on.

So Tim Hwang, a lawyer by training who works with Infrastructure Observatory, decided to hold a game competition built around the themes of The Power Broker. “I got interested in this idea because there’s [a] game-design challenge and communications challenge,” he said in a phone interview. “I’m a huge fan of this book. But it’s a 1,300-page book. It’s a little bit of a shame because these stories and these choices are something that everyone should know about.” 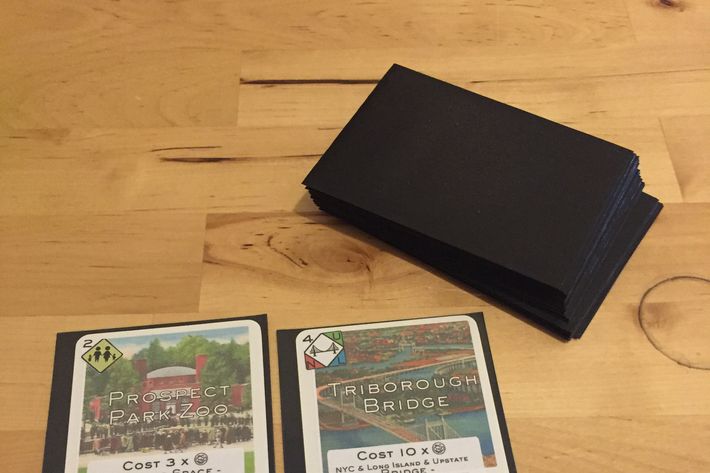 Hwang announced the competition in March and has now announced the winners. Taking the top spot, winning a grand prize of $2,000 and the “coveted Robert Moses Cup”: Triborough: The Card Game by Michael Chrien, a tabletop card game that sees players attempting to accrue the political power needed to construct Moses’s massive infrastructure projects. 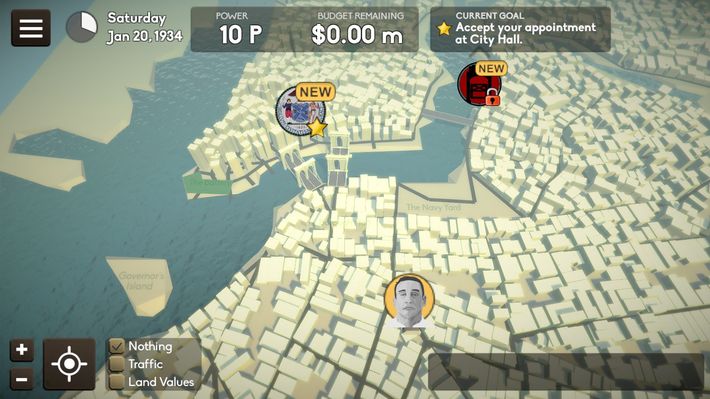 The runner-up video game, Good Authority, by Eddie Cameron and Robert Yang, casts you in the role of Robert Moses during some of the most tumultuous (and ultimately triumphant) years of his life, 1934 to 1936. During that time, Moses ran for governor, ultimately losing the race; managed to outfox FDR’s attempt to stymie one of Moses’s bridges; and built the Triborough Bridge, which gave him the toll revenue and ability to issue bonds that made him untouchable by both New York City mayors and New York state governors. I got a chance to play an early build of this game, and it’s tremendously fun, a mixture of SimCity and historical fiction that already plays well, despite being somewhat bare-bones. Cameron and Yang are retooling the game and plan to release it in 2017. 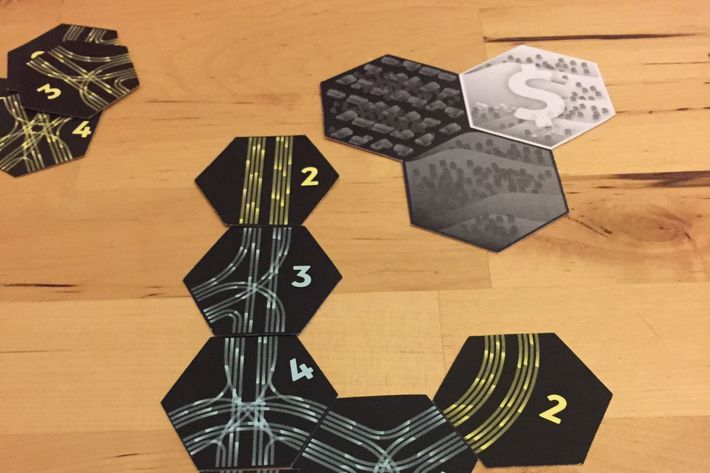 The runner-up board game was Right of Way by Jonas Stallmeister, a Carcassonne-ish game in which players place hex tiles representing highways as they tear through rich and poor neighborhoods (and Jane Jacobs’s heart).

There are also plenty of honorable mentions, all of which look interesting to nearly any game dork with an interest in infrastructure. I’m especially fond of Brand New Subway by Jason Wright, which lets you build wonderfully stupid new subway systems (and makes you appreciate how much worse our current system could be).

So, will any of this get people to read The Power Broker for the first time, or give it a second shot? I picked it back up, and Caro’s prose can still be dense as concrete, with entire sections given over to minuscule moves and countermoves during a session of legislative wrangling. But I found myself flipping forward to the section about Moses and FDR and reading it with renewed interest. If nothing else, Hwang’s game competition has made me want to try to finish the book. Ask me in about eight months whether I actually did.

+Comments Leave a Comment
Can a Game Get You to Finally Finish The Power Broker?