August was the hottest month on Earth, since record keeping began in 1880. So was July.

The past two months both posted historically hot global temperatures, NASA announced in a news release Monday. That finding is the latest in an ever-growing list of signs that humanity should really try to put less carbon in the atmosphere.

If 2016 proves to be record-breaking, El Niño will have played a role. This year’s patch of warm Pacific Ocean water is unusually large — but it still isn’t the biggest El Niño on record. So if it weren’t occurring beneath an atmosphere grown ever more thick with the refuse of industrial civilization, we wouldn’t be seeing these kinds of temperatures.

But at least there is bipartisan consensus that limiting carbon emissions should be a top public-policy priority.

The concept of global warming was created by and for the Chinese in order to make U.S. manufacturing non-competitive.

Or, okay. Maybe the current GOP nominee thinks the Chinese government commissioned this blog post — but eventually the Republican Party will be forced to forfeit its aversion to government regulation in the face of the public’s recognition that climate change is the greatest threat facing our country. 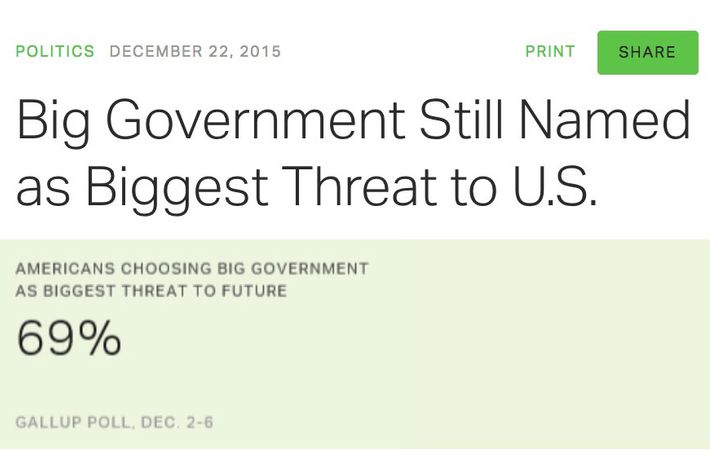 Well. All good things must end.

+Comments Leave a Comment
Last Month Was the Hottest in Recorded History, Again