The fact that Snapchat is getting into the wearable-tech game has been a poorly kept secret ever since CEO Evan Spiegel was caught reportedly wearing a prototype of the device in public earlier this year, by Business Insider’s Biz Carson. And here they are. These are “Spectacles,” a new piece of hardware from the newly renamed Snap, Inc. They’re sunglasses … with a camera!

Per The Wall Street Journal, which appears to have rushed its lengthy exclusive to a Friday-evening publication following another scoop from Business Insider’s Biz Carson, Snap Inc.’s Spectacles are a pair of video recording sunglasses that come in three different colors. (Coral, teal, and black. Evan, if you’re reading this, I’d prefer the last!) “When you slip Spectacles on and tap a button near the hinge, it records up to 10 seconds of video from your first-person vantage,” the report notes. Each time the wearer taps, a new video is recorded.

From The Wall Street Journal:

Spectacles’ camera uses a 115-degree-angle lens, wider than a typical smartphone’s and much closer to the eyes’ natural field of view. The video it records is circular, more like human vision. (Spiegel argues that rectangles are an unnecessary vestige of printing photos on sheets of paper.) As you record, your hands are free to pet dogs, hug babies or flail around at a concert. You can reach your arms out to people you’re filming, instead of holding your phone up, as Spiegel describes it, “like a wall in front of your face.”

“Circular video” doesn’t mean that the video will appear on your phone as a circle, but that you can freely rotate the phone while the video plays, like so:

Here's how the new 115-degree-angle circular lens on @Spectacles will change how users experience @Snapchat. pic.twitter.com/CGV2QHlhpl

Spiegel says he and his colleagues have been working on the glasses for several years. Priced at $129.99, the devices will have a limited release this fall. “It’s about us figuring out if it [Spectacles] fits into people’s lives and seeing how they like it,” Spiegel says. 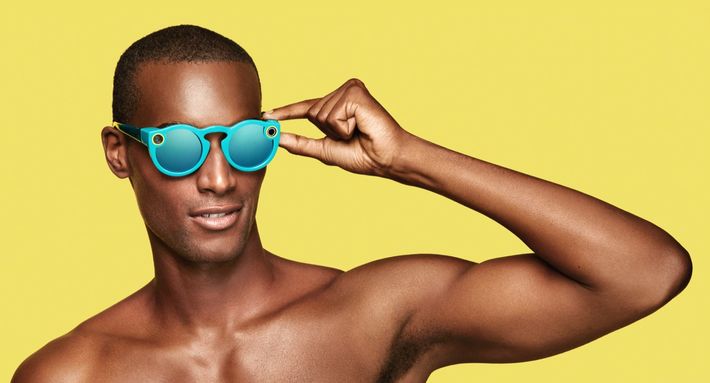 It’s obviously too soon to make a call about Snapchat — sorry, Snap Inc.’s new hardware, but the proposition is intriguing. The price point isn’t high for wearable tech (I paid more for a Fitbit that I abandoned shortly after purchasing), and the ostentatious goofiness of Spectacles is actually sort of refreshing compared to the much creepier (and, frankly, uglier) minimalism of Google Glass. Best of all, these aren’t made to be worn while going about your daily life — just in situations where you might want to take a first-person video, like parties and vacations. The final judgement will come down to the creep factor. How weird will the world be where someone can tap their sunglasses and record your every motion? And will it be any weirder than taking out your phone every five minutes to do the same thing? 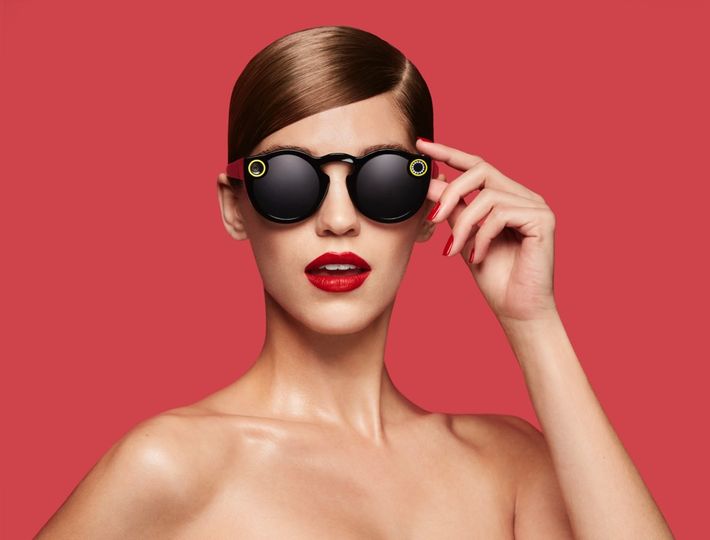