Google’s Chrome has been the dominant browser since 2010, but among a small group of users, there remains a fierce devotion to Opera, one of the web’s earliest browsers. Started in 1994, Opera’s been beloved by web geeks for being more customizable than the big-name browsers like Chrome and Safari, but not quite as opaque as experts-only choices like Dillo or xombrero.

When Opera’s co-founder and former CEO Jon von Tetzchner left the company, in 2011, he expected he’d still always be able to use Opera as his browser of choice. “Having spent 17 years on a product in a company, the idea of using any other product was very, very foreign to me,” he told me over lunch. But in 2013, Opera ditched its handmade Presto layout engine for WebKit and then later Blink, both based off the same Chromium open-source engine that underpins Chrome and dozens of other browsers — a move that angered Tetzchner and many longtime users. “The browser was going to be simplified, like other browsers, with the idea that they were going to compete in the wider market.”

Also disappointed in Opera’s decision to shut down many places where the community had gathered, Tetzchner founded Vivaldi Technologies in 2014. In 2015, the company launched the Vivaldi browser. I downloaded Vivaldi, now on version 1.4, and spent a few weeks trying it out. And it’s pretty impressive — as someone who messed around in Opera but never really saw the appeal, Vivaldi stands out for replicating a lot of what Opera could do, but in a package that’s a bit more attractive.

Here’s what I’ve enjoyed in Vivaldi so far: 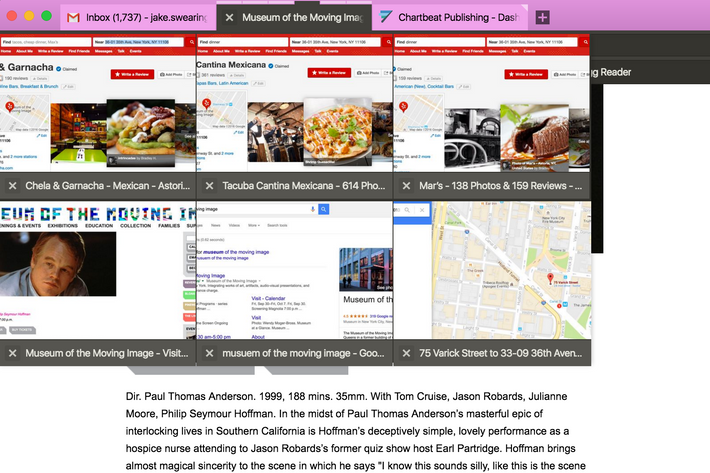 For years, my solution to tab clutter has been to drag over anything essential to the left, and then click “Close Tabs to Right.” But Vivaldi lets me organize tabs by dragging and dropping them into a “stack” (think how you make a folder for apps on your smartphone). This alone is worth the price of admission. Whether it’s keeping various bits of research nicely bundled or just having one place to stack everything while figuring out what to do tonight, the stacking keeps things organized and without that fungal tab growth that seems to happen whenever I’m in Chrome. Even better, I can mouse over the stack and get a snapshot of what each tab stack contains within it, save the tab stack for later, or open all the windows in a tiled view to switch between them. 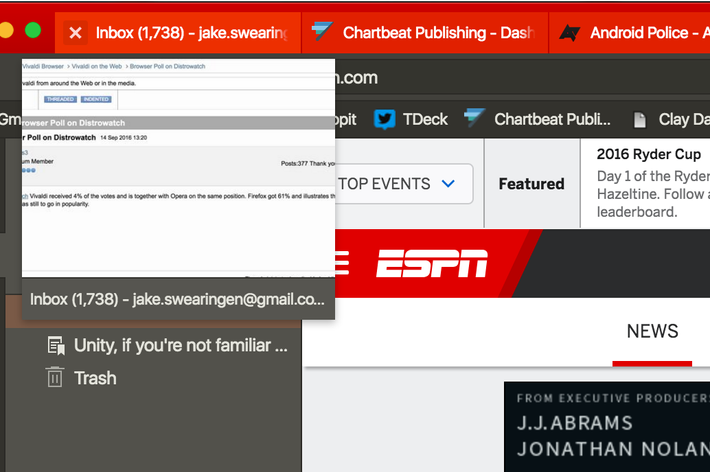 Mousing over a tab gives you a snapshot preview of what’s there — handy for quickly finding the tab you need at the moment. Each tab will, by default, make the rest of the browser take on the dominant color of that web page, a little cue that immediately helps remind you what you’re looking at. You can quickly flip back through their history to get back to a web page from 18 clicks ago and save a particular set of tabs as a bookmark to open up at a later date. 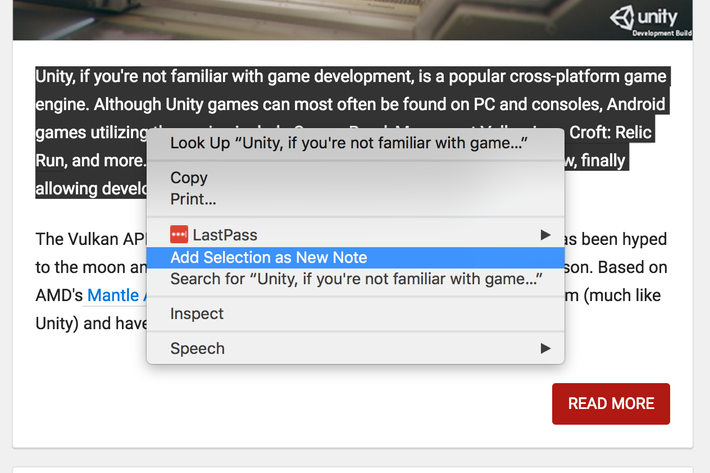 The core concept of Vivaldi is that you can have panels — sidebars that you can rearrange at will — for various things, whether that’s bookmarks or just glancing through your history to find something you were looking at four hours earlier. By far the best panel, though, is Notes. With it, you can select any bit of text, right click, and save it as a note, along with attaching the URL of the site where you found the text. Yes, programs like Evernote already can do this for you, but to have it baked into the browser is a nice touch.

Set your own specific keyboard shortcuts 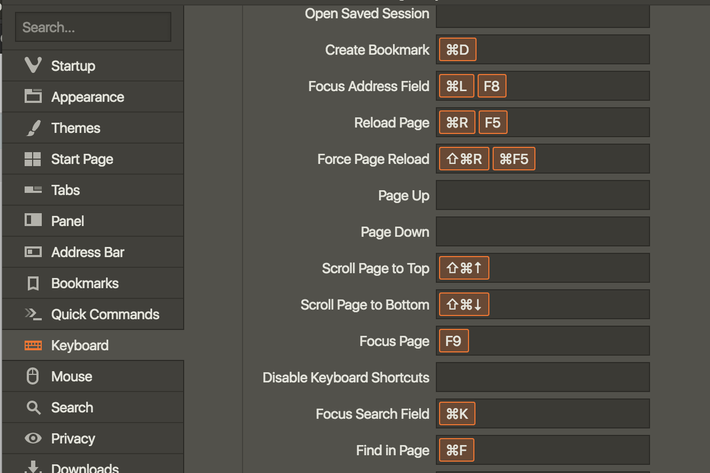 Wanna quickly flip through your tabs by the most recent to the oldest? Virtually every action you can take in Vivaldi can be mapped to your keyboard. Take a few days getting things set up right, and you can fly through most of your basic tasks a whole lot faster. The ability to quickly shoot back up to the top of a page with a quick shortcut is the type of thing that I’d never think I’d need — until I start using it and realize how much I end up needing to get back to the top of a page.

An insane amount of customization available by default

Most of these things can be replicated to some degree using plug-ins in both Chrome and Firefox. But you have to seek them out and install them yourself. One of the real appeals of Vivaldi is it comes with a ton of productivity and organization tools already preinstalled and lets you fiddle with how exactly you’d like to use them. While the sheer amount of things you can change can be intimidating at first, the ability to grow into the browser and not need to go hunting for a new extension is a welcome change of pace.

Still need a feature? Use the Chrome extension

Sometimes I need to be able to take a screenshot of an entire webpage, not just what’s visible on my screen at the moment. Vivaldi doesn’t have a built-in solution for that, but because Vivaldi uses the same engine as Chrome, you can still use Chrome extensions if you need them. I’ve installed 12 of my favorites and haven’t found any that don’t work smoothly.

There are some caveats here. While Vivaldi is a spiritual successor to Opera, some of that browser’s best functions, like being able to handle email from any service with an IMAP address in-browser, are still missing (though Tetzchner says this ability is coming soon). I’ve had one freeze requiring a Force Quit, and some small bugs like the inability to paste as plain text within Google Docs. It also doesn’t have a mobile version of the browser yet, so the ability to sync my activity across desktop and mobile isn’t there.

And those expecting a Vivaldi to be more nimble than Chrome are going to be disappointed. Vivaldi uses Chromium, the same engine as Chrome. In page-load tests, I saw almost no difference in overall page-load time.

All that said, Vivaldi offers a lot for anyone who spends a lot of time on the web. I’m still sticking with Chrome for my day-to-day browsing and dicking around on the internet, mainly because of a few small hiccups with back-end programs I need to do my job. But whenever I jump into actually digging into a subject for work, or do something like plan out a trip, Vivaldi has quickly become my browser of choice.