Until Halloween at least, Facebook users can now cover their faces with virtual masks à la Snapchat when they use the platform’s live-video tool.

Among the options users have are a skull, an evil queen, a pumpkin, and a witch (those last two are limited-time only). To activate them, go live in Facebook’s app and tap the magic wand in the upper-left corner, then click the mask icon below to pull up a menu. The feature is rolling out in the next few days.

In addition, the site is reskinning their emotional-reaction buttons in honor of the spooky festivities. The Haha button is now a witch, the Wow button is a ghost, and so on. 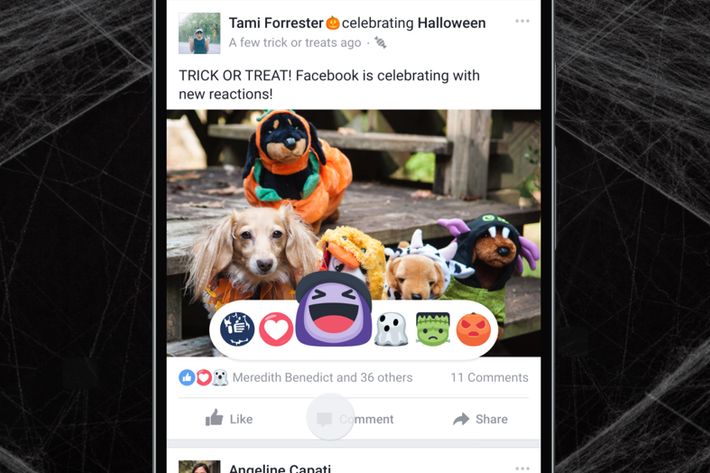 Facebook began testing filters and masks in August with the Olympics after purchasing mask app MSQRD earlier this year. It’s new Halloween features are currently rolling out across the network, so you should see them soon.