ProPublica has a report out today on a quiet shift in Google’s policy about how the company tracks users across the internet. Google, you see, runs the advertising network DoubleClick, by far the largest engine of revenue for the search company. When it acquired DoubleClick in 2007, Sergey Brin promised that keeping personably identifiable information away from its advertising side of the company would be the “number one priority when we contemplate new kinds of advertising products.” What this meant in practice is that the personal information Google users reveal to the service every day — emails, photos, Google searches — were kept in a separate database from the one used by DoubleClick to serve you ads. But with this change in policy, that wall is no longer in place unless you choose to opt out.

That’s changed. As ProPublica points out, Google simply changed a line in its terms of service, without much fanfare.

While this was technically an opt-in change, the opt-in was, well, not exactly clear. Users were told that opting in to allowing DoubleClick to use personal information would help with “some new features for your Google account.”

To get a brief idea of what Google already knows about you, you can head here to see a brief rundown of what you’ve done on Google lately. If you’re feeling a bit creeped out, here’s how to change it. 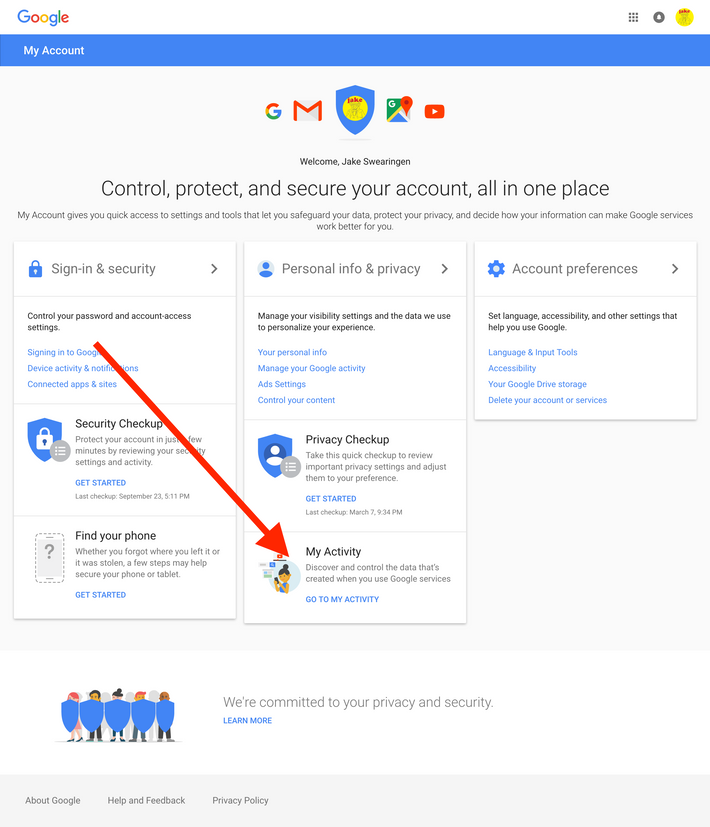 3. Find the checkbox that says “Include Chrome browsing history and activity from websites and apps that use Google services.” Uncheck it. 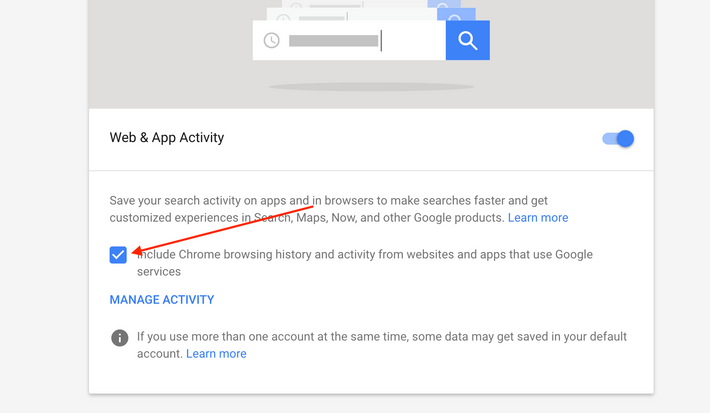 So! Now you’re safe from the prying eyes of Google — you’ll still be served ads, but it’ll be based on more generic information like your location, assumed age, assumed demographic, and assumed income (and, of course, whatever you’re searching for at the moment).

But the problem is that Google is not the only company doing this; it’s just the largest. Facebook makes no bones about using your personally identifiable information, even when you’re not on Facebook, and Twitter does much the same. As I’ve written about before, it is possible to be completely anonymous on the internet — it’s just that the effort required is tremendous, and nearly every part of the internet that we consider, well, the internet will likely be blocked off from you.

There’s also the inherent tension between Google, the company that wants to be the world’s clearinghouse for information, and Google, the company that wants to make billions of dollars by placing advertisements in front of people who are likely to buy things. One side or the other was eventually going to have to give way. With today’s news, it seems clear who has won.

Update, 10/23/15: Google provided this statement to both ProPublica and Select All: “Our advertising system was designed before the smartphone revolution. It offered user controls and determined ads’ relevance, but only on a per-device basis.This past June we updated our ads system, and the associated user controls,to match the way people use Google today: across many different devices.Before we launched this update, we tested it around the world with the goal of understanding how to provide users with clear choice and transparency. As a result, it is 100% optional — if users do not opt-in to these changes, their Google experience will remain unchanged. Equally important: we provided prominent user notifications about this change in easy-to-understand language as well as simple tools that let users control or delete their data. Users can access all of their account controls by visiting My Account and we’re pleased that more than a billion have done so in its first year alone.”