Let’s say you’re watching a TV show, and there’s a really good music cue for a song you love. Like, let’s say that, last night, you watched the new Black Mirror episode “San Junipero,” which takes place in 1987. At one important point, the episode starts blaring Belinda Carlisle’s “Heaven Is a Place on Earth.”

The episode ends, and you remember that good song you heard during the episode. Damn, you think, I gotta hear that song again. Obviously you are a millennial watching television on your computer, so you type the song’s name into Google and get served, at the top of the results, a link to the music video. You click it.

So now you’re on YouTube watching a music video from the ’80s that is, quite frankly, confusing. Let’s see what the comments say. 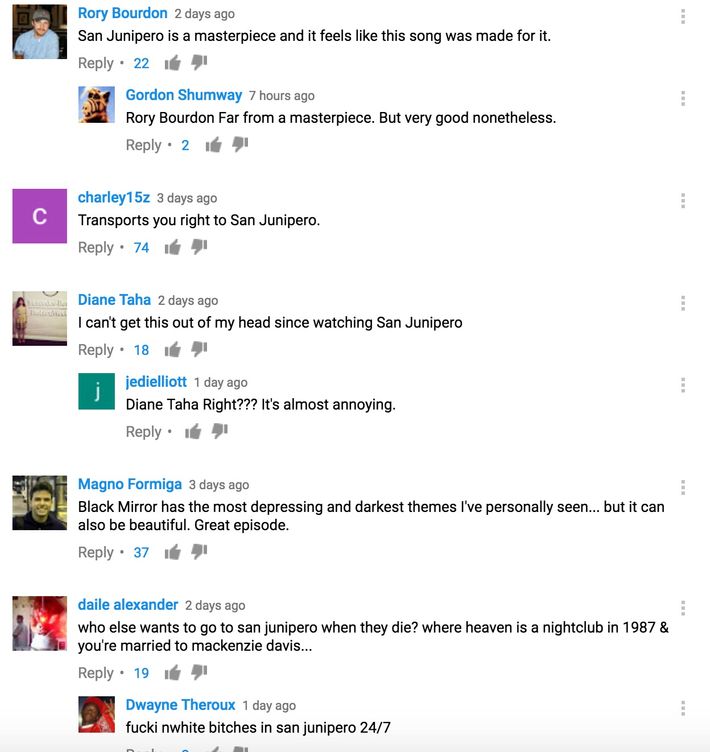 Yep, you’re not alone. Hundreds of other people watched the same episode as you, and then looked up the song on YouTube. This type of event is, unequivocally, the best thing about YouTube comments — people having a marginally common experience by visiting the same page for the same reasons in roughly the same period of time.

The player piano on Westworld, which offer old-timey covers of songs like “Black Hole Sun” and “No Surprises” is producing a similar effect. 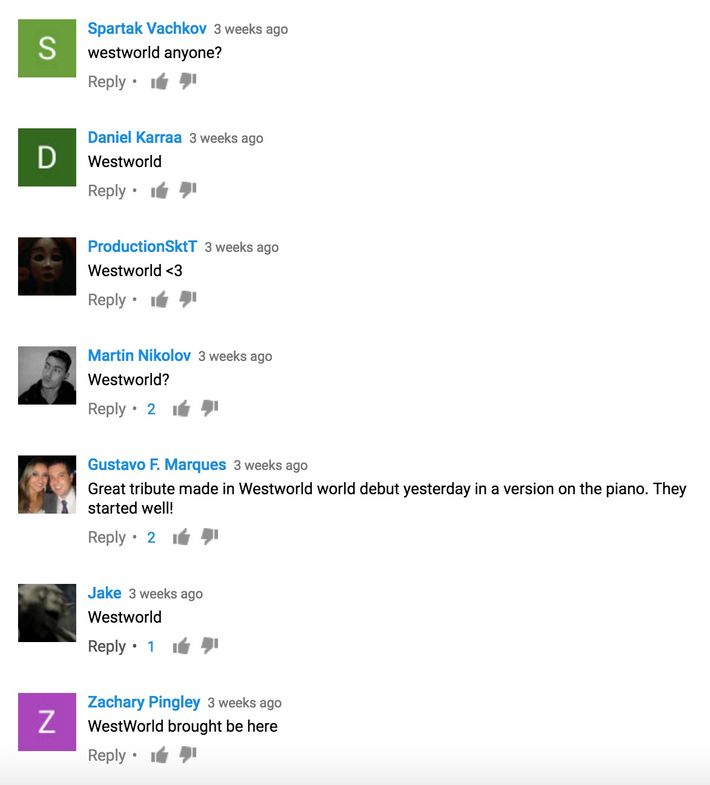 When the video itself is the object, people will fight over it. But when the video is a way of talking about a different object, the tone is often calmer, more reconciliatory. It’s enough to just acknowledge the shared experience.

There are exceptions though, like last week, when Fox released the trailer for the next X-Men movie Logan, set to Johnny Cash’s cover of “Hurt.”

Here’s what it looks like on the trailer itself. 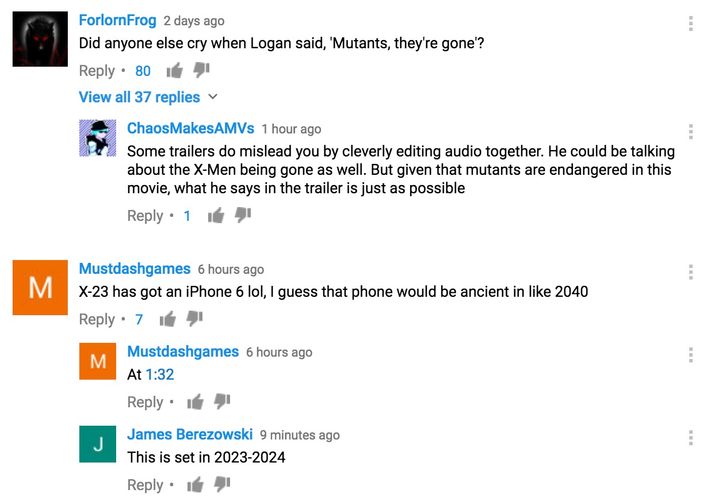 Here’s what it looks like on the for “Hurt” music video, where Cash fans are trying to establish their music bona fides by being into “Hurt” before it was cool. (It has not been cool since 2003.) 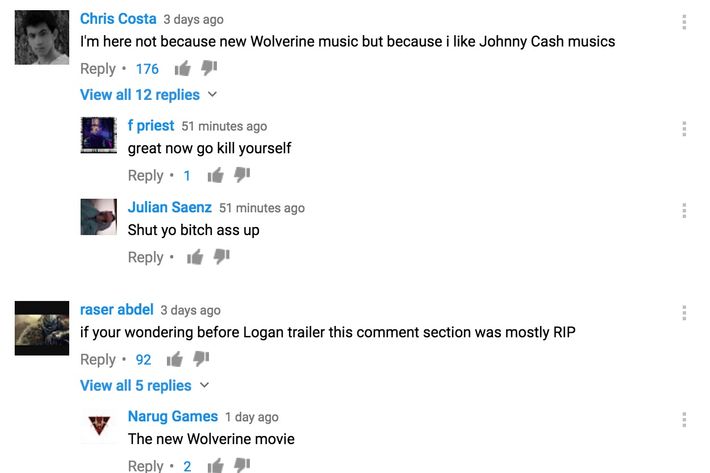 Is there a German word for when a music cue brings you to the same YouTube page as hundreds of other people?

This has been going on for years. Part of the reason for this YouTube swarm is that there really aren’t many good comment sections for music. SoundCloud doesn’t host canonical popular music like “Heaven Is a Place on Earth,” and Apple Music, Spotify, and Tidal don’t have comment sections underneath every song or album. This makes YouTube an outlier (though a much smaller-scale version of this happens on Last.fm as well).

It’s not even that the discussion going on here is very good! It’s not. The comments are almost always “Show X brought me here!” or “Who else watched Show X?” That’s because comment sections differ slightly in structure from forums or message boards, where the communal goal is to build a discussion. Comment sections don’t require users to interact with each other, and so you get this charming redundancy.

Time-shifting and online streaming might soon make the collective viewing experience a thing of the past, but afterward — assuming there’s a really hot track being used — we’ll all gather beneath the music video.