In an interview with W magazine, professional attractive person Gigi Hadid bravely admitted she’s “still learning” when it comes to walking runways. “Obviously, I’m not the best on the runway,” Hadid said. (Obviously.) This sound bite was then aggregated by your teen’s favorite entertainment and gossip source, Just Jared, into this tweet.

And then Twitter, as a collective, confirmed Hadid’s concerns about her runway prowess in a resounding chorus of “we know.” 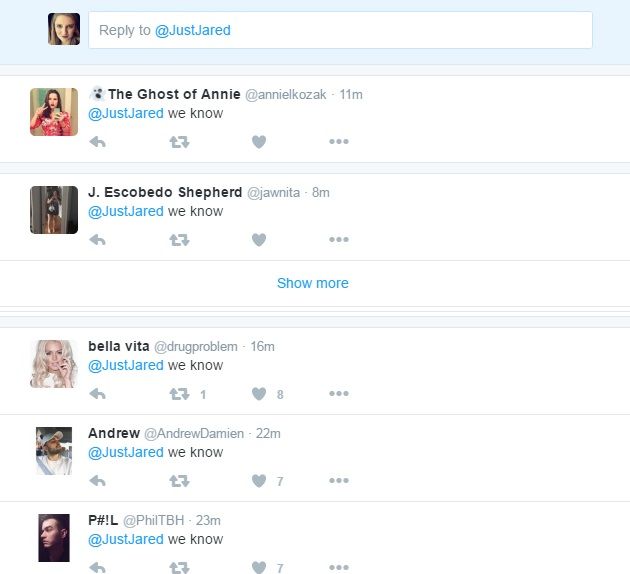 It’s a sick burn, but sicker still is that this isn’t the first time Hadid has been taken to task by a seemingly unending string of identical @-replies. Earlier this year, British Vogue asked, “Who said that Kendall [Jenner] and Gigi [Hadid] are not ‘true supermodels’?” To which the Twitter collective also swooped in to reply with a zillion responses of “everyone.”

Sorry, Gigi. Best of luck with that whole runway thing. Hope it works out for you, and if it doesn’t, I’m sure Twitter will let you know.