For at least a month, Apple iCal users have been getting hit with a particularly annoying (and, frankly, ingenious) form of spam, in which they receive invites to events like “Value Brand glasses as low as 19.99” with a URL attached at the bottom. Thanks to a quirk of iCloud and iCal integration, victims receive an email about the invite in their iCloud email; also see the spam invite in their iCal pop-up on their desktop; and even sometimes get reminders on their iPhones about the cheap Oakleys.

It’s unclear what happened to cause the sudden uptick in this form of spam. It’s actually a somewhat old type of spam — users were reporting similar attempts back in 2008. My best guess? A group of Chinese spammers hit upon the idea, had a large email list from somewhere, and leased some time on a botnet to blast out the iCal invites, thus avoiding the pretty sophisticated spam filters in place for email clients nowadays.

If you’ve been getting hit, here’re two methods to stop it, one dead simple but that will cut off your iCloud syncing, and one that’ll still let you use iCloud but requires a bit more legwork.

Let’s start with simple first, which is best if you don’t use your iCloud calendar all that much, but use your desktop calendar quite a bit.

1. Go to your computer’s System Preferences and select iCloud 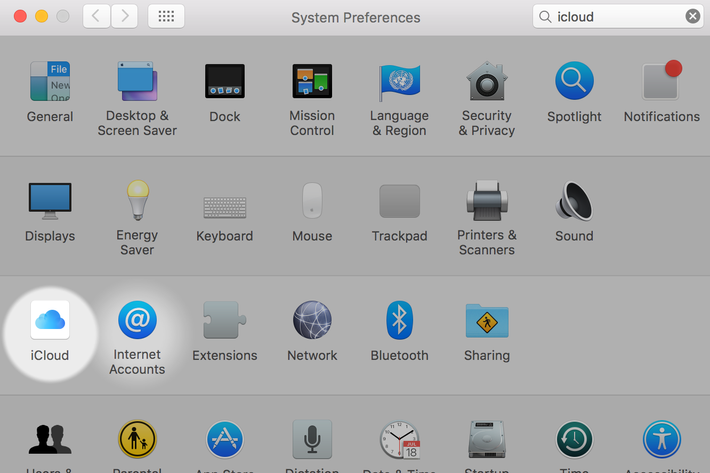 2. Log into to your account and then unclick, “Use iCloud for contacts, calendars, reminders, notes, and Safari.” (Note: You may need to sign out and then sign back into your iCloud account to get to this screen.) This will mean you won’t sync to iCloud from your desktop, but you also won’t be hit with desktop notifications about cheap Louis Vuitton bags.

But what if you want to keep using your iCloud calendar from your desktop? Then you’re going to have to get a bit more crafty.

1. Don’t dismiss or respond at all to the event invites — all this does is confirm that your email address is indeed active, ensuring you’ll get hit with more spam in the future.

2. Instead, set up a dummy calendar for all the spam invites you’ve gotten so far. Name it whatever you like, and then reclassify all the spam messages you’ve gotten as belonging to that calendar. Next hit “Edit” and then delete the calendar with all the invites about Ugg boots — without the spammers getting any notification about whether you’ve seen the invite or not.

3. Unless you want clearing out spam invites to become a general housecleaning duty, next go to your iCloud calendar on your desktop (you won’t be able to do this from your phone). Hit the gear icon in the lower left-hand side for Preferences and then hit Advanced. Change how you receive notifications from “in-app” to “email.” You’ll still get hit with spam, but it’ll land in your inbox instead of popping up while you’re trying to get work done — and hopefully your email spam filters are a bit better than Apple’s iCloud at spotting spam. This does mean, however, that you’ll need to also stay on top of your inbox a bit more for legit invitations for things that you do want to have on your calendar. 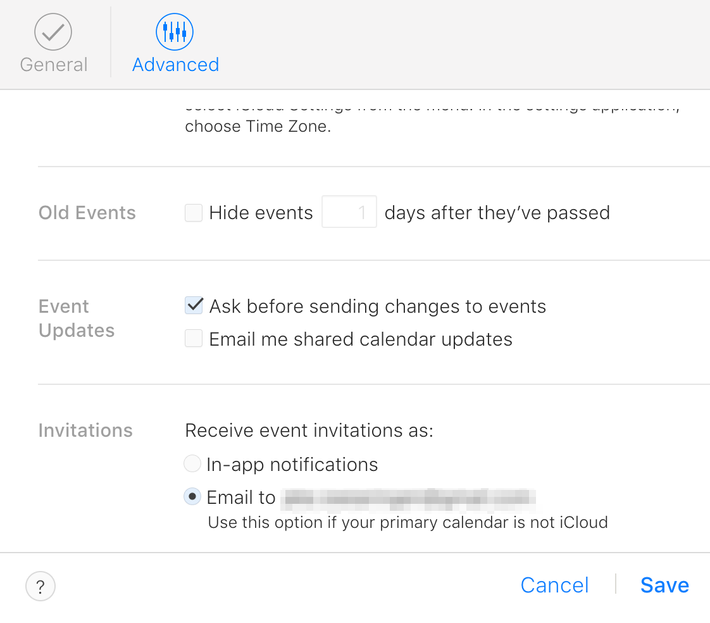 Hopefully, Apple can figure out a way to block the mass invites via iCloud. In the meantime, these are the best workarounds to avoid the whole mess altogether.

+Comments Leave a Comment
Been Getting Nailed With iCal Spam? Here’s How to Stop It