It has been a tough election season for the Trump children, some of whom were unable to vote for their father in the Republican primary because they were registered as Democrats. In yet another screwup, this morning Eric Trump took a photo of his New York ballot, which is illegal, and tweeted it. [Update: he deleted it.] 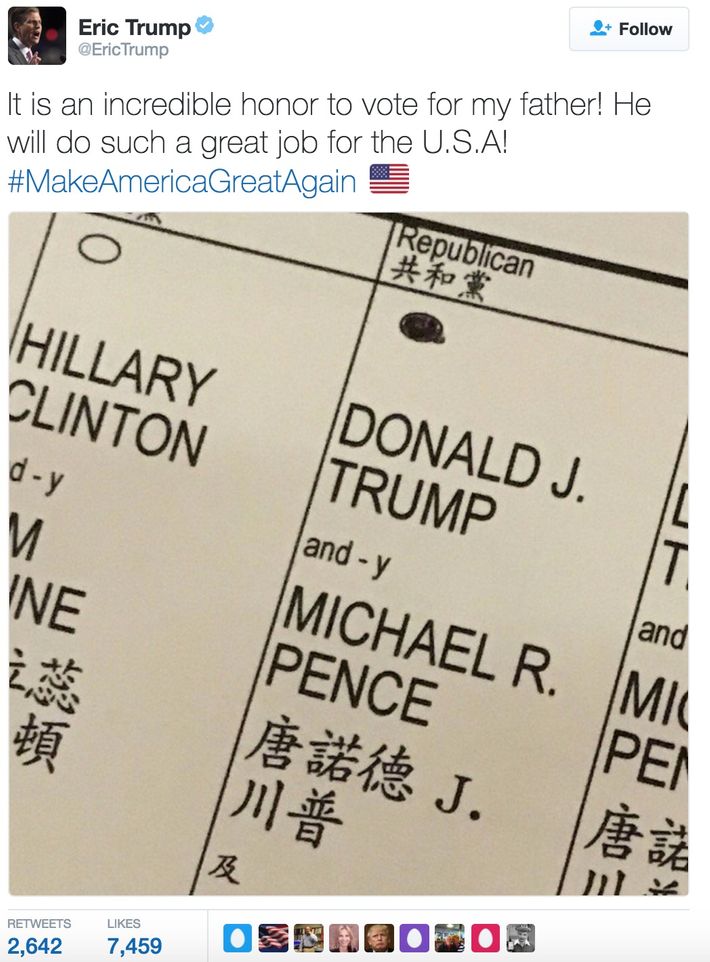 According to New York state law, photographs are not allowed in polling places. Even if you didn’t know this, it should be obvious when you walk in today — there are big, colorful signs. Many states have these laws. Justin Timberlake, who voted early in Tennessee, is learning this the hard way.

Trump could face a $1,000 fine or up to a year in jail. Snapping the photo is the second-worst decision he’s made today.

Update: NY1 reports that a complaint has been filed against Eric Trump by a Democratic PAC.