This year’s World Chess Championship kicks off November 11 at South Street Seaport, and one of two pro players — yes, the weeks-long competition is between just two — will take home a million bucks.

Reigning champion Magnus Carlsen, 25, of Norway, and his challenger, Sergey Karjakin, 26, of Russia will go head-to-head over the course of 12 games.

Both 1990-born contenders train heavily with computers. Fittingly, it’s the first time the championship, which dates back to the mid-19 century, will be geared towards the smartphone generation. For example, if you can’t make it to the games IRL, you can opt for a broadcast package with all kinds of tech bells and whistles. Experience 360-degree video across your devices and immerse yourself in VR stereoscopic live video via headsets like Google Cardboard. And, interact with live dashboard components including an expert chat, a real-time timeline, and a virtual board to test and share your own moves.

While we count down to the big event, get in the chess mindset with these hot spots – places to play, specialty shops, and more – throughout New York. 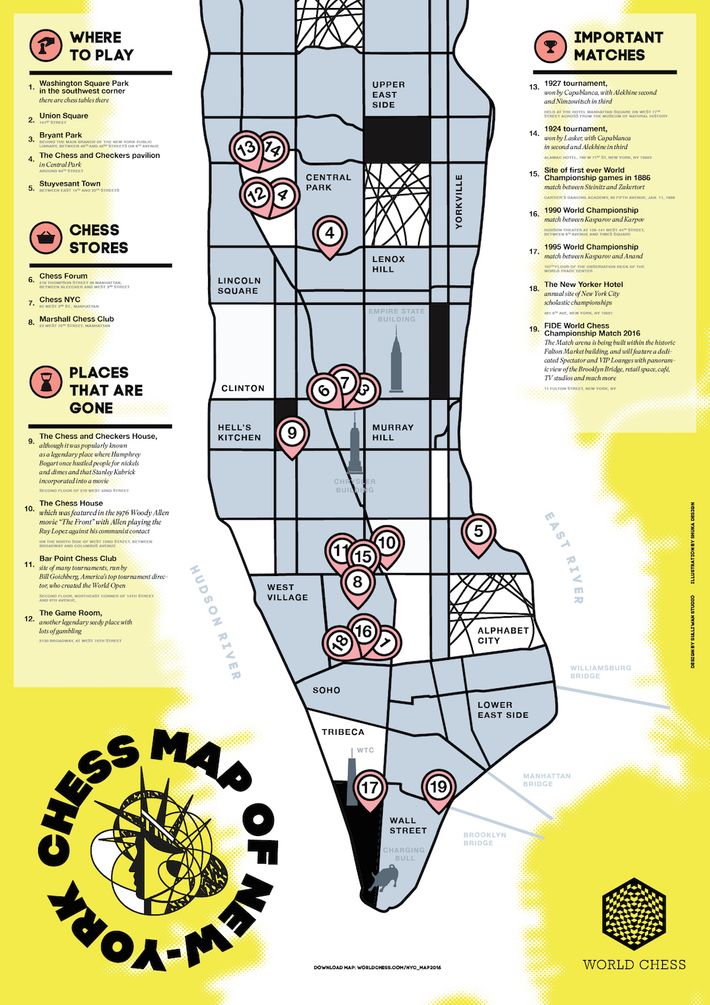 +Comments Leave a Comment
You can watch the World Chess Championship in VR. Seriously.