Today is the day. After a month of waiting and the great peach-butt emoji debate of 2016, new emoji are finally available to the public in iOS 10.2. There are hundreds of new and redesigned pictographs, including a suite of new professions for women (good) and a hand taking a selfie (less good). Since you probably don’t spend your days combing through the emoji keyboard on your phone — or even if you do — we here at Select All have rounded up the best and the worst of the new emoji.

Women get jobs! Now every professional emoji — including new ones like rock star, farmer, judge, and clown — have a male and female version.

You can now celebrate the holiday season with a tiny decapitated Mrs. Claus. She comes in six different skin tones, has some tiny half-moon glasses, and gets creepy as heck if you stare at her for over a minute. Anything under than that and she’s just festive and adorable.

Amidst a series of new animals including a giant squid, shark, and duck, iOS 10.2 also comes with a gorilla emoji. Which we will from this point forward be referring to exclusively as the Harambe emoji. Use it wisely.

And finally, you’ll have a whole bunch of new food options, including paella and the internet’s beloved bacon and avocado. The peach emoji, while sharper and more vibrant, still maintains its general gluteal shape for your sexting pleasure.

Sadly, the newly redesigned fire emoji takes some of the fun out of replying [Fire Emoji] when your group text is particularly, well, fire. Now, instead of a fat-bottomed mostly monochrome cartoon flame the new fire emoji sparks sharply upward and contains a color gradient that looks, to Apple’s credit, a lot more like actual fire. The resulting vibe is not so much “this is lit” as it is “send help I am being engulfed by literal flames.” 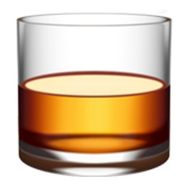 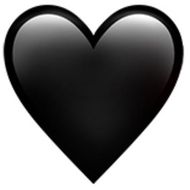 Introducing the tumbler-glass emoji. The new number-one emoji of choice for that guy who has “Whiskey Connoisseur” unironically in his Twitter and Instagram bios and fancies himself a regular Ron Swanson.


The black-heart emoji for when you’re actually feeling bad. Or dead inside. Or very hardcore. This emoji is only bad in the bad is good sense.

+Comments Leave a Comment
The Good, the Bad, and the Ugly of Apple’s New Emoji