Perhaps the most notable thing that happens at CES is that nearly every television manufacturer rolls out their flagship TVs for the coming year. Most of these TVs are ridiculously expensive, but today’s flagship is tomorrow’s Black Friday door-buster bargain. With the big four TV manufacturers — LG, Samsung, Sony, and Panasonic — finished with their unveiling, you can start to get a sense of where the television market is headed over the next few years. A few key points:

High-end TVs are going to get ridiculously thin 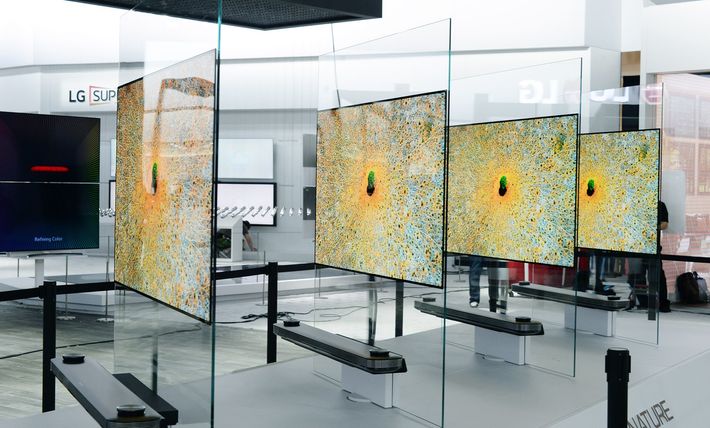 The star of the show so far has been the LG Signature OLED TV W. The 65-inch model of this TV is just 2.57 millimeters thin — which is absolutely ludicrous. An iPhone 7 is 7.1 millimeters thin (or, I guess, thick), for example. The LG is just a smidge thicker than three credit cards stacked on top of each other. It’s absurd. And the ability to do that with a huge 65-inch screen is even more impressive. It is mounted to a wall with magnets, giving it the illusion of floating there.

Now, this doesn’t mean that every TV on the market in the next five years is suddenly going to get this thin. TVs that use OLED (or organic light-emitting diode) are able to provide a tremendously better picture, thanks to only lighting up (or keeping dark) individual pixels. This also means an OLED TV doesn’t require a backlight like your standard LED or LCD television, which allows for LG to make something this slim. But for people willing to shell out a bit more for a TV, the next few years will bring screens that are going to start looking like wallpaper.

OLED screens are probably going to drop in price 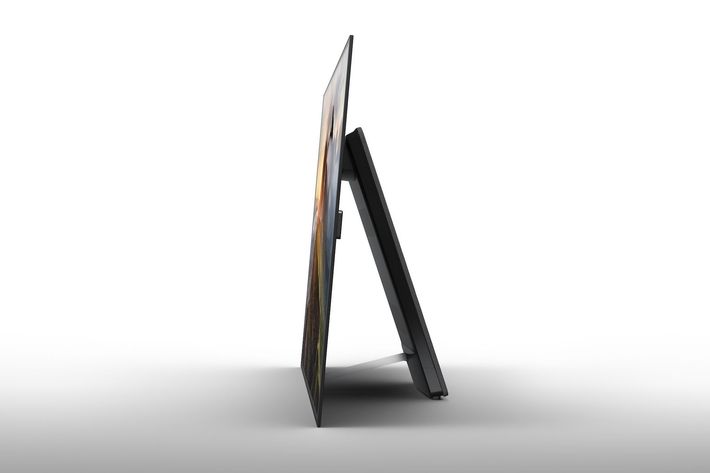 But for that thinness to start taking over the market, more OLED screens will need to be produced. And for years now, LG has been the only manufacturer putting them out — Samsung stopped in 2012, and Sony put out a few prototypes before ditching the technology in 2010.

But this year Sony came back with a XBR-A1E Bravia, another absurdly thin OLED screen (though Sony chose to move some of the TV’s internal guts to a kickstand on the back of the TV, meaning you can’t wall-mount it). Also debuting with its own OLED screen was Panasonic with its EZ1002, which promises a pictured “tuned in Hollywood” and a Technics-designed soundbar.

There’s been no price announced on any of these TVs, but expect them to all be expensive right now — the cheapest LG OLED you can get is $2,200, and its most expensive current model is $20,000.

But if enough players start to move into the space, two things might happen. Right now, OLED manufacturing is tremendously difficult, and one of the major bottlenecks for further OLED rollout. More TVs with more OLED screens mean more demand — which could end up forcing greater efficiencies in manufacturing OLED screens (where there’s money, there’s a way).

Two, while the new entrants into the OLED market will initially compete on features like how dazzling the picture is, eventually someone is going to decide to start taking other companies out at the knees on price. Either way, the day of the sub-$1,000 OLED screen may not be too far off.

Your next TV may not have visible speakers 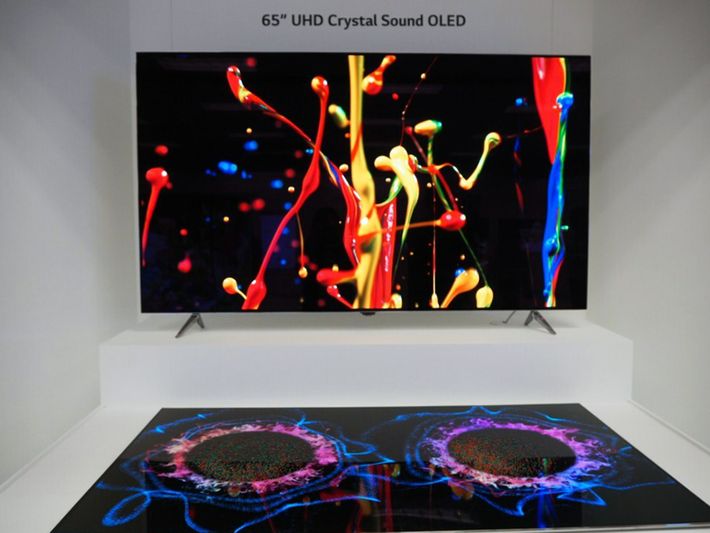 Finally, LG Display (a separate company from LG the TV manufacturer) and Sony each rolled out intriguing TVs that have no external visible speakers — though in LG Display’s case, the TV was pure prototype. Both work using the same basic principle: The speaker is mounted behind the screen of the TV. Both manufacturers promise that even the biggest booming bass won’t make the picture shake, and actually allows for better sound from the TV; manufacturers will no longer have to tuck tiny speakers into the bottom of the TV bezel, but can instead use the entire screen. Again, tech like this may take a while to filter down to anyone who doesn’t have five figures to blow on a television — but if it means manufacturers can move more TV sets, eventually they’ll start to reach the mass market. 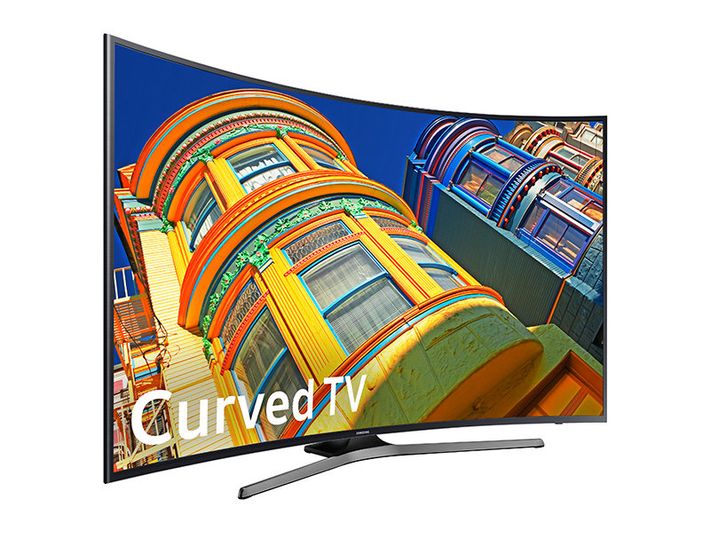 What nobody is showing off this year are curved TVs. This shouldn’t be surprising — in the past year, curved TVs have often been priced more cheaply than their flatter counterparts, showing how much consumers weren’t buying into the curved-screen revolution. While some manufacturers say they still plan to bring some to market, curved screens — much like 3-D TVs — are going to quickly fade away. 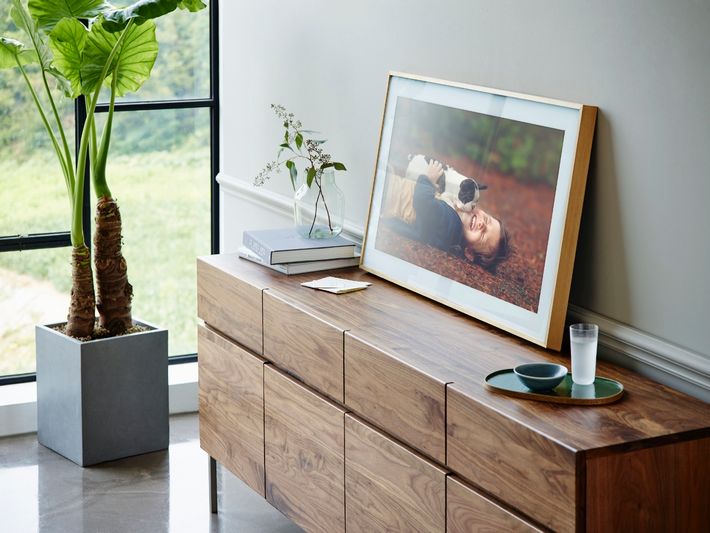 Samsung rolled out its own new impressive screen tech that it’s calling QLED (the Q stands for “quantum dot,” which, sure). From all reports it looks very good, though the jury is still out on whether it actually will look better than an OLED screen. But for my money, what’s most interesting is the Samsung Lifestyle TV, a set that looks more like a framed picture than your conventional television. When it’s on, it’ll play TV shows and movies just like any other TV. But when it’s off, it’ll display family photos or works of art (similar to the concept of the EO2). Samsung has already put out one TV that rejects conventional TV design, with the Samsung Serif, a collaboration with MoMA that looked more like a piece of mid-century modern furniture than the all-black everything TVs that dominate the market. While most manufacturers are attempting to make TVs that disappear into the wall, it’s intriguing to see Samsung putting out TVs that are meant to be admired for something besides their Super Ultra HD picture.