An Amazon Echo next to odd paper-shaped rectangles that Amazon has quickly made obsolete.

Amazon’s Echo recently got a major upgrade. While in the past you used to need to add “Skills” (what Amazon calls apps on the Echo) by going through the web browser or smartphone app, you can now just say “Alexa, enable [Skill name]” and be off to the races. With this power in hand, we took a spin through the (still very chaotic!) world of Echo Skills to see what new Skills are worth adding to your Echo. 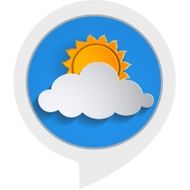 Powered by Dark Sky, the almost-spooky app that lets you know when it’ll be raining on your block in exactly seven minutes, this is by far the best app for keeping up with the weather — especially when you’re brushing your teeth and want to figure out if you need to grab an umbrella or just a light jacket. But ask it “Alexa, ask Weather Sky for my forecast” and it’ll give you an exhaustive list of how your week is looking, including when it’s most likely to to rain in the next week, what time sunrise and sunset will be, and what the relative humidity is like and whether it’s comfortable or muggy. It’s like a very robotic and very thorough local weatherperson. 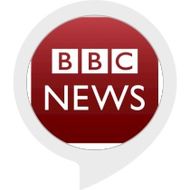 The BBC is great — listen to to it whenever! — but the real gem is its skill when asking “Alexa, what’s my flash briefing?” Updated constantly and delivered crisply, it’s like getting someone very smart to speed-read a copy of The Economist while you’re making your coffee in the morning. It’s a good mixture of the international and the domestic, usually clocks in at under two minutes, and has just the right kind of story selection: stories that are important but also, even if just for 15 seconds, interesting. 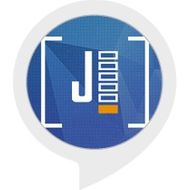 This is very fun for dorks like me who want to pretend they’re Ken Jennings. While this app won’t press your trivia knowledge to the limits (sample clue: “This candy bar is named after our galaxy”), it’s an enjoyable way to show off Alexa at a party. I often find myself using it to kill time while making dinner. It feels like the mental equivalent of fiddling with a rubber band or paper clip during a meeting — by doing some very simple memory recall, it somehow allows you to focus a bit more on the making the meal at hand. 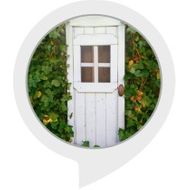 While this is made for entertaining kids, it’ll also bring back fond memories for anyone who spent time playing text-based MUDs or spent a lot of time playing Zork. There’s a lot of choose-your-own-adventure type games for the Echo out there, but The Magic Door is by far the best produced and best designed. There are multiple different story lines to stumble into, and the included sound effects and well-read narration keep it feeling like a perfect light young-adult fantasy novel. Fun, interesting, and with just enough danger to make it enjoyable. Play it as a family — or play it by yourself and see if you can find the wise wizard in his tower (and please email me how if you do). 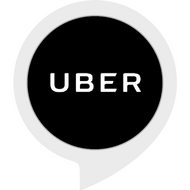 So, some caveats up front: This app has some issues, ones I’ve experienced firsthand. You need to make sure your home address is set correctly in the Alexa app. A lot of the work to actually get it working will need to be done in the smartphone app. It doesn’t remember saved locations, unlike the smartphone app. But! If you get all that down, there are few better feelings than yelling for an Uber while getting ready for something and having a car waiting in two minutes. 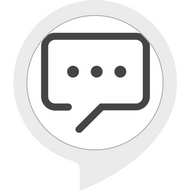 While not quite as fun as it may sound at first (“Alexa, text someone to blow Vick’s VapoRub on my face when this Avicii track peaks”), this is actually quite handy. The weird thing about Alexa is how much you find yourself using its voice capabilities and always-on microphone for things you could technically do yourself from a variety of other devices. For instance, I ask Alexa what time it is at least once or twice a day, despite having a phone and several clocks around my house. Why? Because I can get that information while showering, or finding my laptop, or grabbing my keys and hoping to catch the express bus. SMS with Molly allows the same thing — the ability to send a quick text to someone while doing several other things at once. 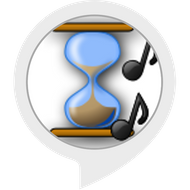 I’m not great at time management. My morning routine is usually a mixture of panic, fear, and making my laptop call my phone because I’ve lost it again. Time Tone is not a full-featured app by any stretch, but it has one great mode — its second timer (you have to say “Alexa, ask Time Tone for second timer”), which does a water-dripping tick-tock for each second, and then a gentle rumble of thunder every ten seconds. This may drive some people up the wall. For me? It keeps me on schedule and prevents me from doing the other part of my morning routine, which is suddenly wondering if I could actually fix that cabinet hinge if I could just find the our drill/driver around here somewhere …

You Should Buy an Amazon Echo — Right Now