As one of President Donald Trump’s first orders of business as 45th president of the United States, he signed a proclamation for a national day of patriotism. That “National Day of Patriotic Devotion,” as it’s officially called, falls on January 20, 2017 — otherwise known as his very own Inauguration Day.

“A new national pride stirs the American soul and inspires the American heart,” the proclamation, which will appear Tuesday on the Federal Register, declares. “We are one people, united by a common destiny and a shared purpose.”

Here’s the full document describing the day intended to “strengthen our bounds to each other and our country:” 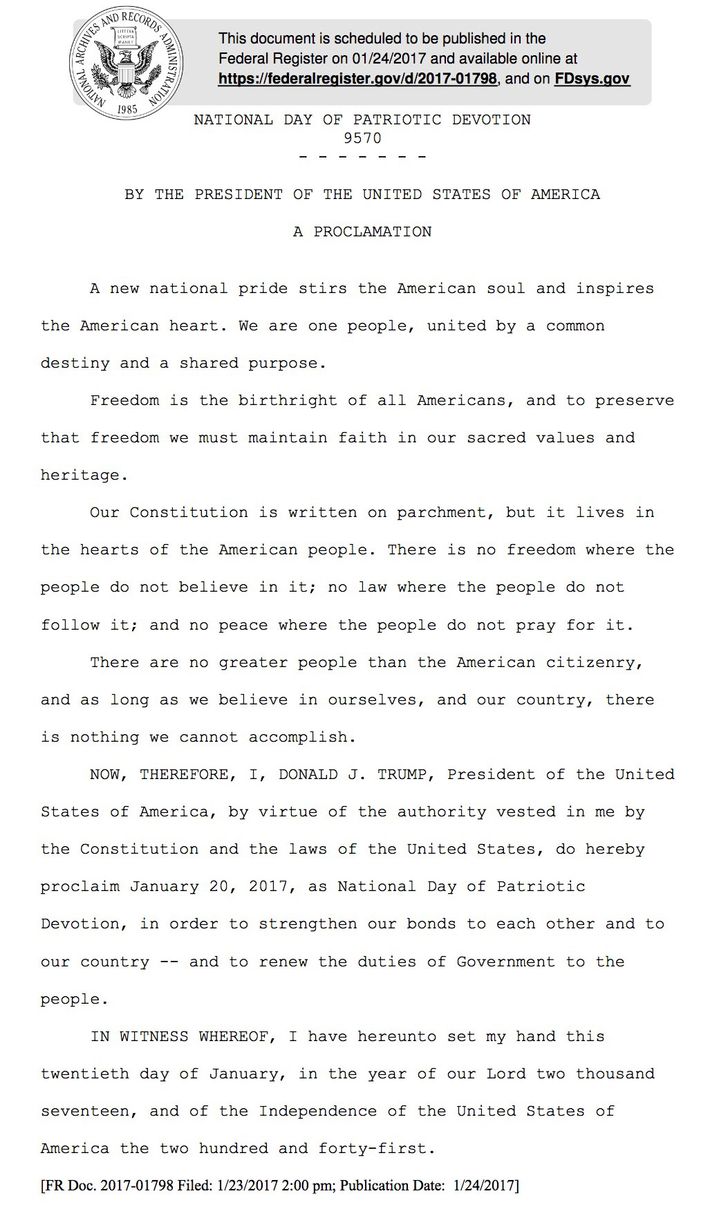 At least it’s a lot cheerier than the “American carnage” bit.