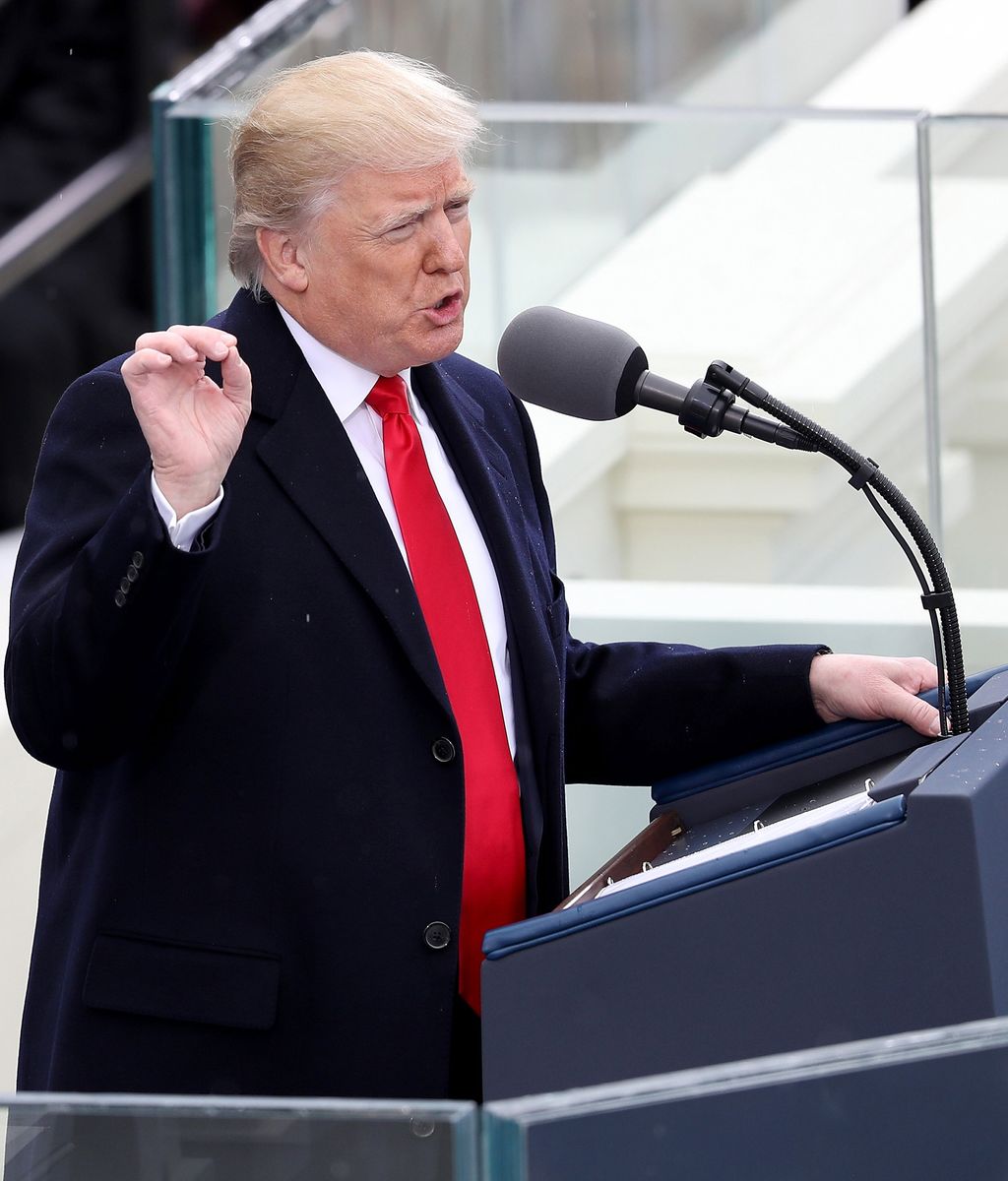 Many Americans surely held out hope, despite themselves, that Donald Trump would’ve used his inaugural address to accomplish what he could have done with his transition: demonstrate an understanding of the gravity of the office, allow suspicions of his campaign (and his associates) to be allayed by honest investigations, search for reconciliation with those who doubt him. The past few weeks have shown that Trump had different ideas for his transition. What do you think he achieved with this address?

Not to put too fine a point on it, but in a word: Nothing. It was a recycled Trump campaign speech sporadically retrofitted with ersatz poetry (“the windswept plains of Nebraska,” yet) and boilerplate stabs at unity (“We are one nation!”) and inclusion (“there is no room for prejudice”), but otherwise characteristically nationalistic, populist, and apocalyptic in its view of America. According to our new president, our country is a Valhalla of “rusted-out factories” and schools that leave students “deprived of all knowledge.” The “wealth of our middle class” has been “ripped from their homes.” Our communities are blighted by “the crime and the gangs and the drugs.” If you weren’t eager to take some of those drugs at the moment he was sworn in, you certainly were by the time his scowling account of America the Ugly was done.

Earlier in the week, Trump’s press spokesman, Sean Spicer, previewed the speech with a burst of ecstasy: “It is a Trump draft. It is written by him. It is edited by him.” We were treated to a photo of the president-elect posing with pad and Sharpie while penning his masterpiece, apparently (we were later to learn) while sitting at a concierge’s desk at Mar-a-Lago. There were some typical Trumpian declarations in the text (“America will start winning again, winning like never before”), but most of it was pure Stephen Bannon. The language was violent and angry — “This American carnage stops right here” — reeking of animosity, if not outright hatred, of “the Establishment.” The tone was one of retribution and revenge. The contempt for Washington, including the Republican Party’s current leadership, was omnipresent: It’s not just John Lewis but the many officeholders onstage during the inaugural ceremony who were condemned for being “all talk and no action.” Paul Ryan and Mitch McConnell continue to live in a dreamland if they think their collaborationist accommodation of Trump will spare them from the auto-da-fé.

I guess I live in that proverbial bubble because, almost without exception, most people I know were determined not to watch today. They made the right call. Trump didn’t attempt to win anyone over from what he calls “the other side,” even with disingenuous efforts. The inauguration boycotters also spared themselves the nauseating spectacle of network talking-heads mindlessly parroting the supposedly reassuring clichés of the hour (“the peaceful transfer of power”) and, at the stroke of noon, succumbing to the herd mentality of grading on a curve. On CNN, the historian Douglas Brinkley declared the inaugural address not only “presidential” but “solid and well-written” and the “best speech” Trump has made “in his life.”

Trump ascends to the height of American power with a historically low approval rating from his fellow citizens and an administration largely staffed thus far — to the extent it has been staffed — by billionaires, strident ideologues, and incompetents. His kitchen cabinet is led by his son-in-law. He took the oath of office to a virtually monochromatic sea of white faces. His biggest political ally — and arguably the key clandestine player in his electoral victory — is a Russian strongman who could be found this week testifying that our new president did not avail himself of prostitutes when visiting Moscow but that if he had, he would have been serviced by women who “are undoubtedly the best in the world.”

But you know all that. What stood out about Trump’s inaugural address was his one bedrock conviction, the one core belief he never reverses — that the country he will now try to lead is an unmitigated disaster. The great task before us is to stop him from taking down with him all that remains good about America, before his reign comes to its inevitable bad end.