Much of 2016 — some might say too much — was spent debating the evolution of Pepe, the cartoon frog originally created by Matt Furie that became a kind of meme mascot for neo-reactionary anime Nazis. If that first sentence hasn’t made you want to crawl into a ditch and wait for the earth to reclaim your body, then you might be interested in knowing that Wojak, Pepe’s best friend on the memescape, has begun to evolve as well.

Before we get into the future of Wojak, let’s look back. Wojak, alternatively known as Feels Guy, is a black-and-white MS-Paint creation with a perpetual expression of “pained but dealing with it.” In the memescape, he and Pepe are pictured as best friends and partners in crime. So that’s Wojak.

Over the past couple of months, a new use for Wojak has emerged in forums like 4chan and other web destinations frequented by people who consider themselves above the mainstream swill by dint of their long-standing virginity and/or affection for reactionary politics. Wojak has, in certain circles, come to exemplify channers’ opinions of their own intelligence.

This is the new state of online discourse — people literally arguing about the size of their brains and backing it up with ridiculous illustrations. Here are some more images gleaned from various 4chan threads. 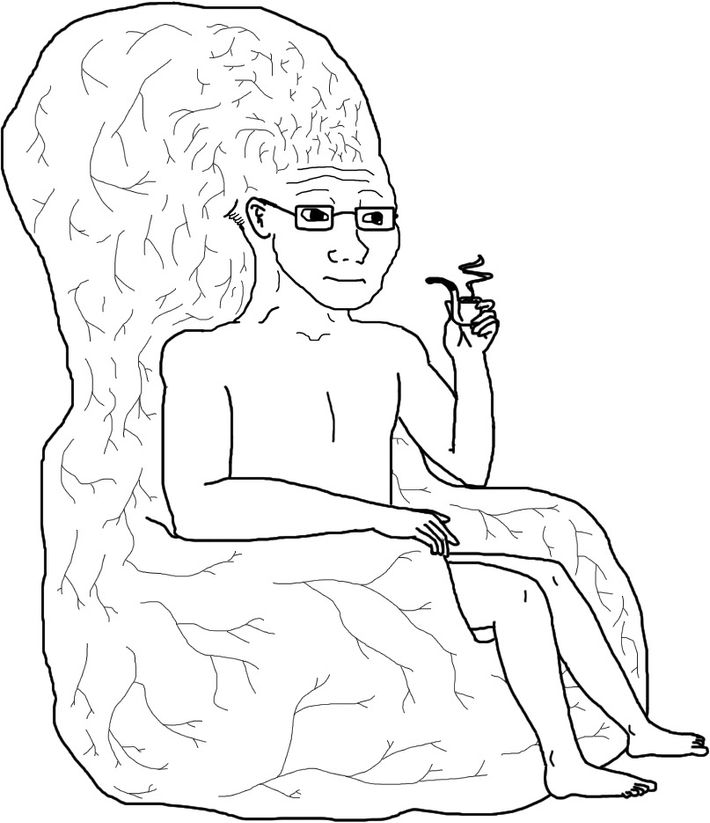 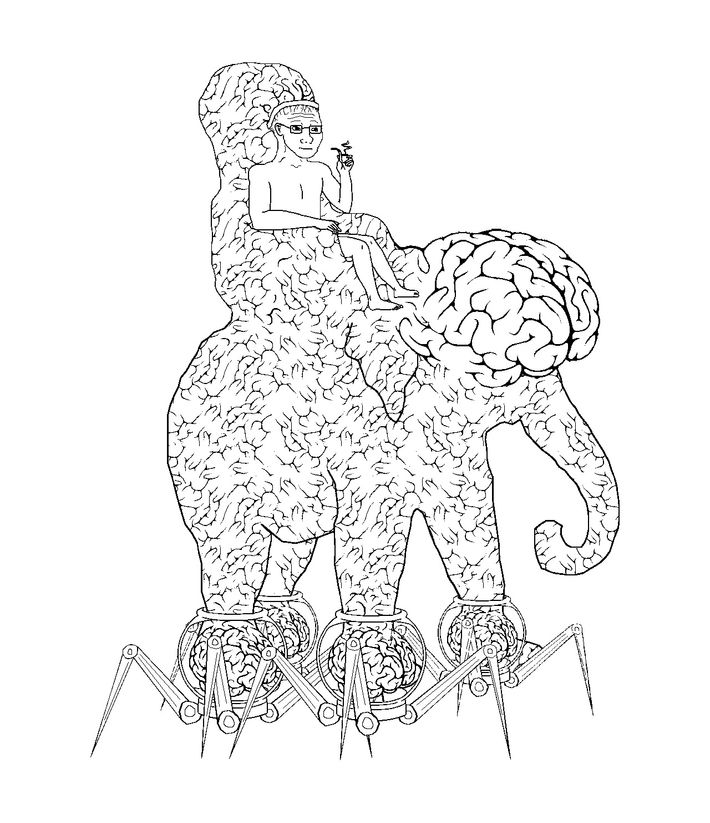 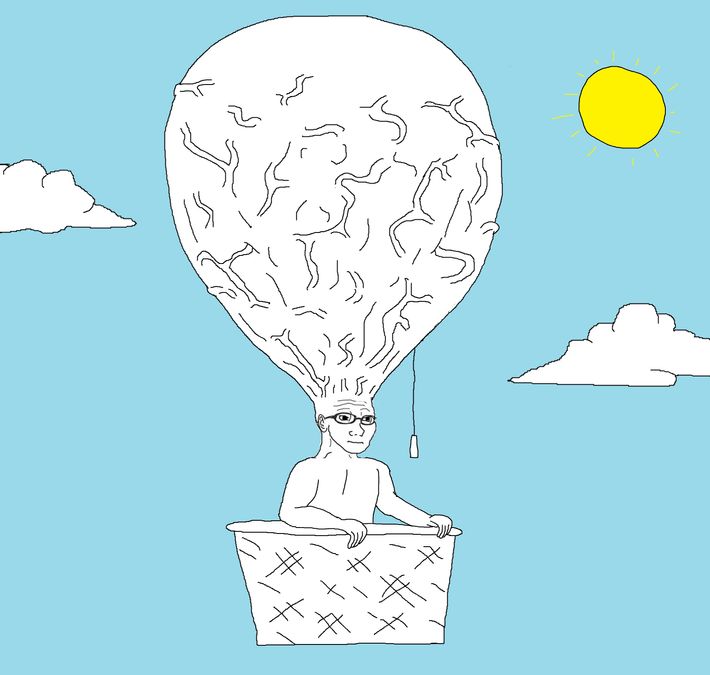 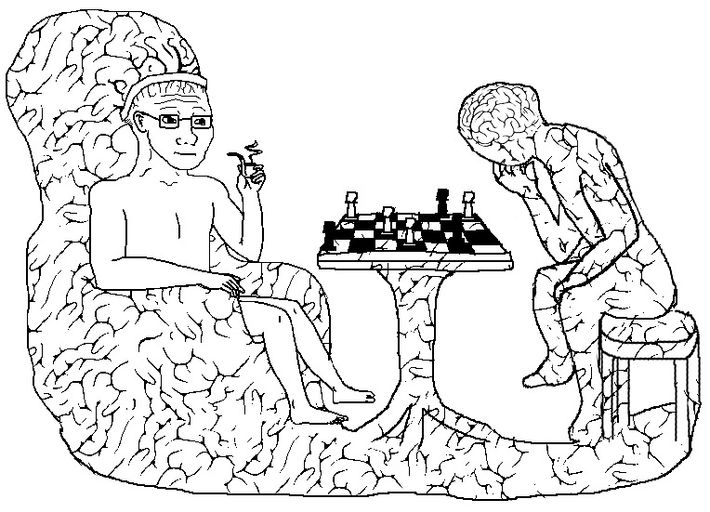 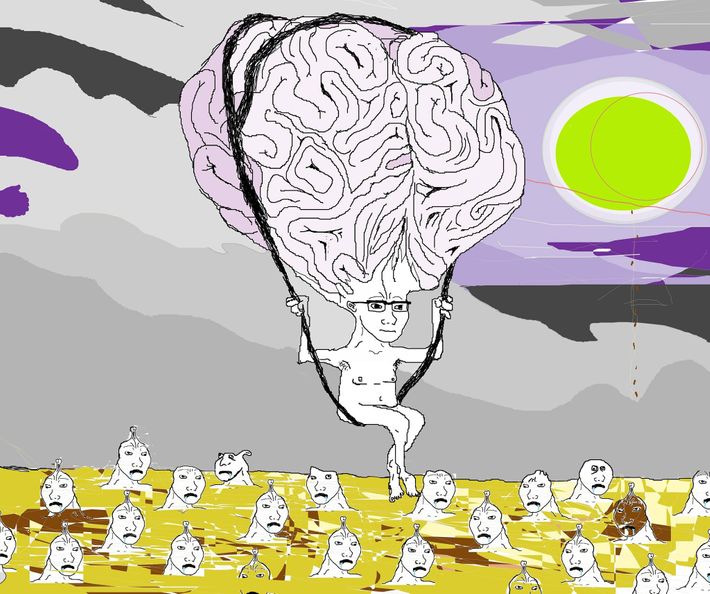 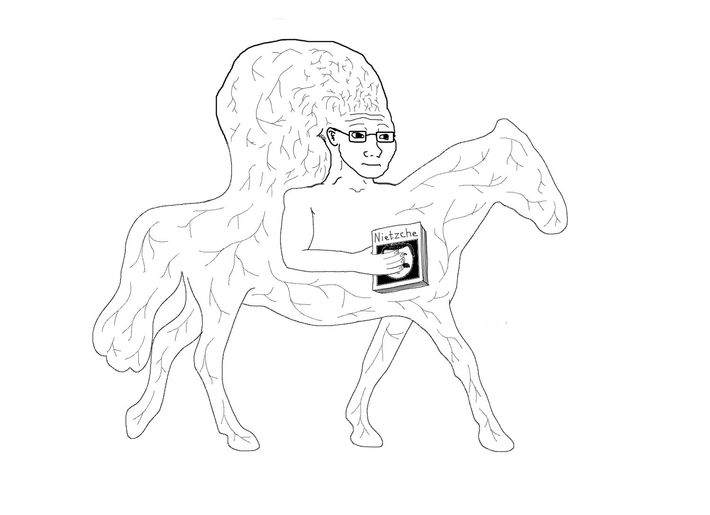 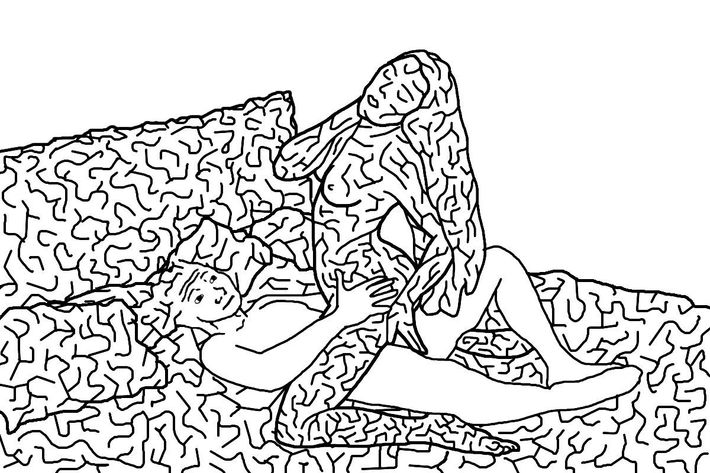 Wojak’s brain variations have collided now with another meme known as Whomst, which involves aggressively ornate, nonsensical variants of the word “whom,” as a way of implying pretentiousness. (A running joke online is that, because the word “whom” sounds smarter, the question “whom tryna send me nudes” will get more responses as well.)

Whom tryna send me nudes pic.twitter.com/okQrt4ymKf

In short, Wojak has turned the internet’s constant debate over who is more intelligent into a dick-measuring contest, one in which the truly intelligent have brains so large that they grow outside the skull and take a human form, so one can literally have sex with one’s own brain. It’s a pretty decent illustration of the online discourse in 2017.

+Comments Leave a Comment
Whomst Is the Smartest on 4chan?