By the standards of a comprehensive health-care-reform bill, the American Health Care Act is very simple. It’s a huge redistribution of income. The various moving parts in the bill mostly boil down to removing subsidies from the poor and sick and burdens from the rich and healthy. Breaking down the bill into its constituent elements shows this pretty clearly.

1. A giant tax cut for the rich. Obamacare is financed with a combination of higher taxes on the rich and cuts to Medicare and health-care providers. The latter was highly unpopular, and the central target of Republican anti-Obamacare messaging. Republicans promised to repeal both sources of financing for the law. But they couldn’t make the numbers add up if they eliminated all the financing sources in Obamacare, so they left the spending cuts in place, and instead focused on repealing the part that Republicans in Washington hate the most: taxes on the rich. So the bill is built on a tax cut of about a trillion dollars over a decade that benefits the rich almost exclusively: 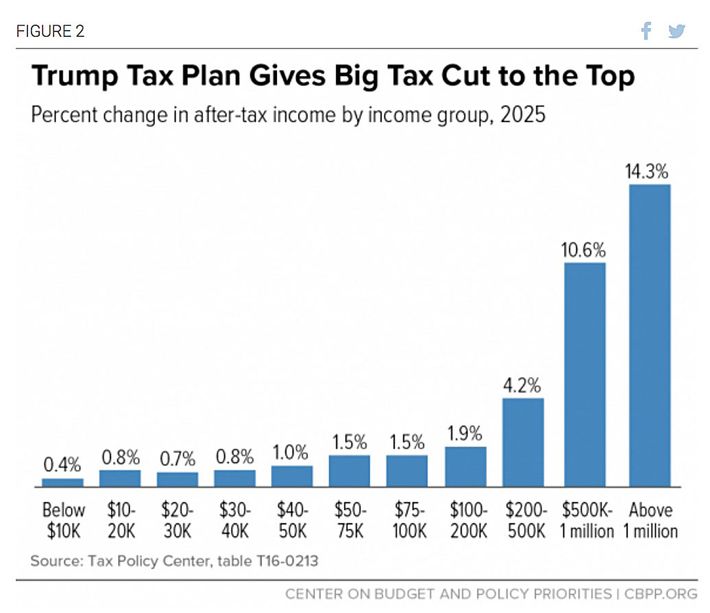 2. Cuts to Medicaid. The money to finance that big tax cut for the rich has to come from somewhere. Obamacare funds coverage of the uninsured in two ways. The poorest people get Medicaid, which has always covered health insurance for the very poor, and has covered more of them since Obamacare expanded it. Conservative Republicans have long disliked Medicaid. (Paul Ryan recently said he has been dreaming of cutting Medicaid since he was “drinking out of the keg.”) So cutting Medicaid supplies the largest source of financing for their bill: 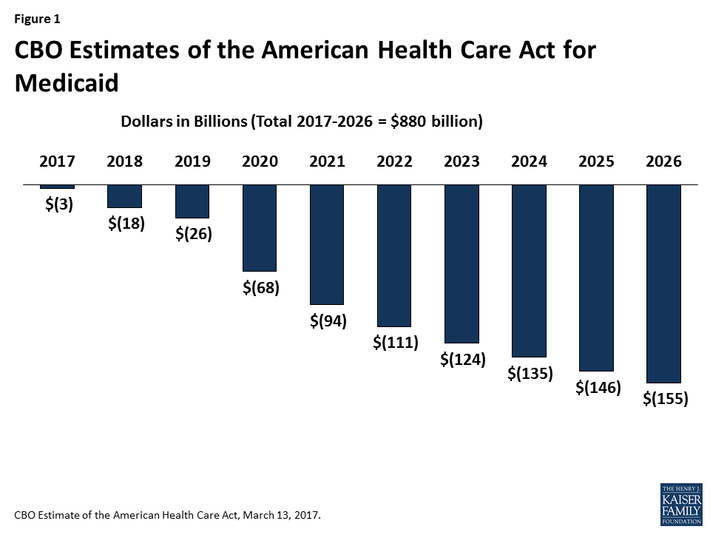 3. Stingier tax credits. Those above the Medicaid-eligibility threshold who don’t get insurance through their job qualify for tax credits under Obamacare to buy insurance on the individual market. Trumpcare does the same. But its tax credits are different. They’re less generous, and they give more money to affluent people and less money to poorer people: 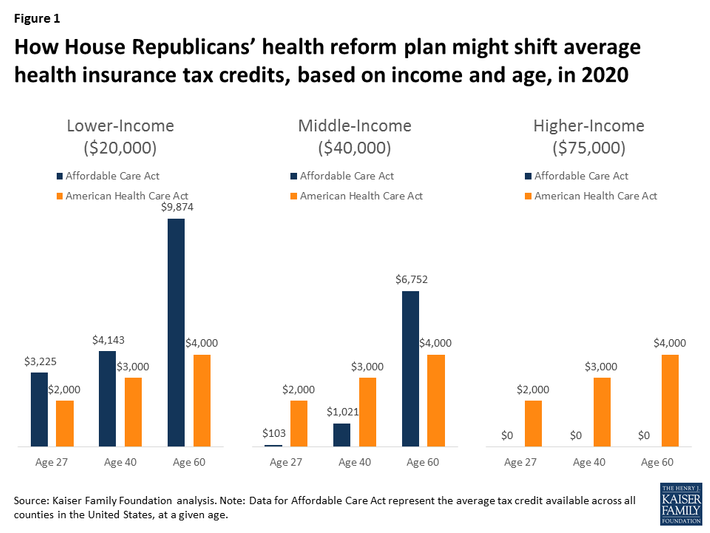 4. No affordability adjustment. Another difference in the tax credits in Trumpcare is that they’re distributed differently on a geographic basis. Obamcare’s tax credits are pegged to the cost of insurance in the customer’s market. If you live in a high-cost area, you get a more generous credit. Trumpcare does not adjust its value for the costs in a given market. As a result, customers in low-cost markets do a little better, and customers in high-cost markets do much worse. Rural areas tend to have expensive insurance, so they face special punishment: 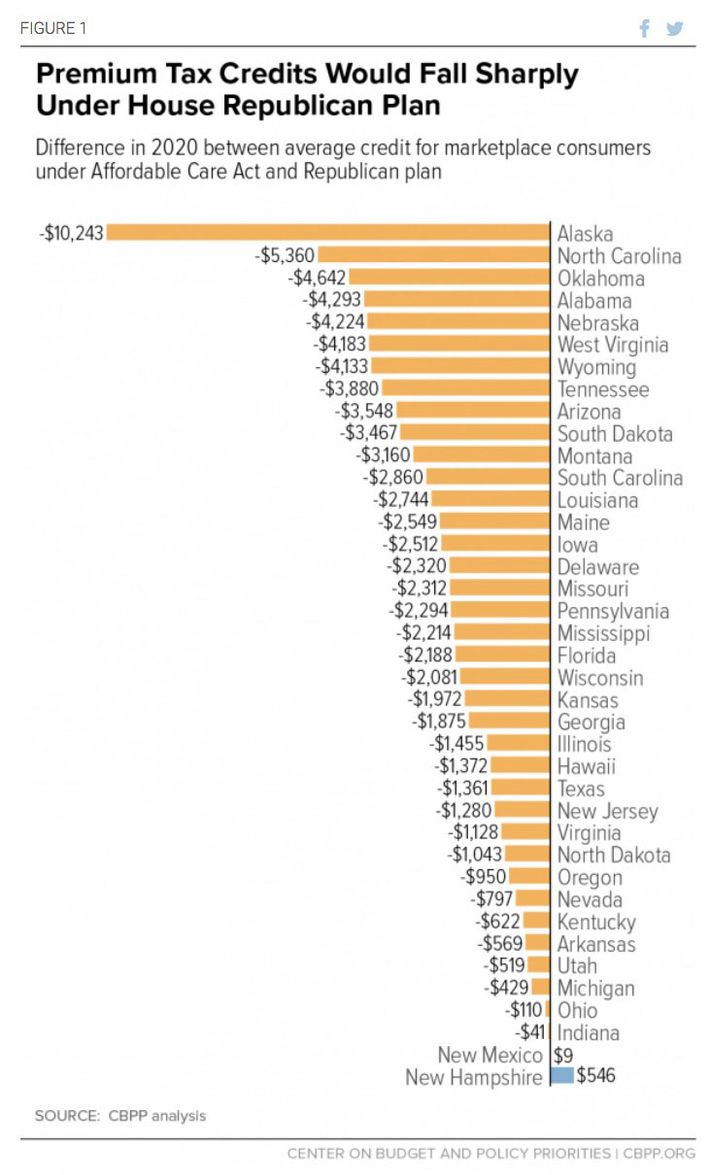 5. More uninsured. So Trumpcare spends less money, and the money it does spend is targeted less efficiently to people who need it to buy coverage. As a result, a whole lot more people would lose coverage: 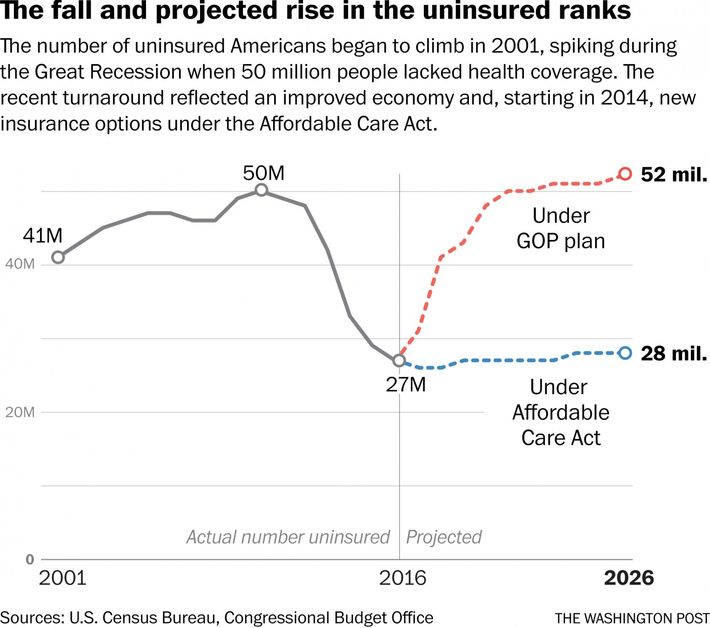 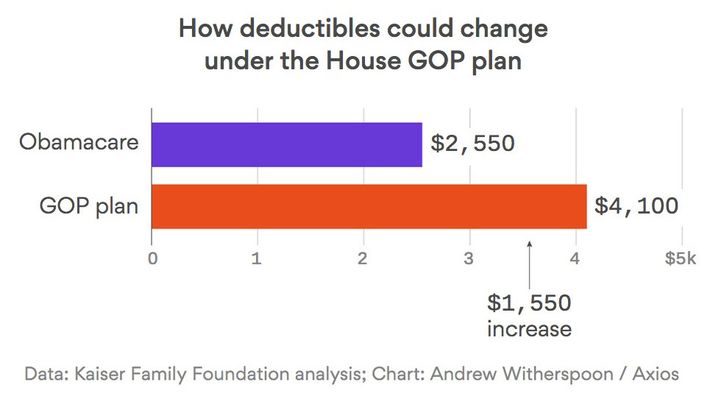 7. A huge transfer of income. In the aggregate, Trumpcare would facilitate a very large redistribution from the poor and middle class to the upper-middle class and, especially, the very rich: 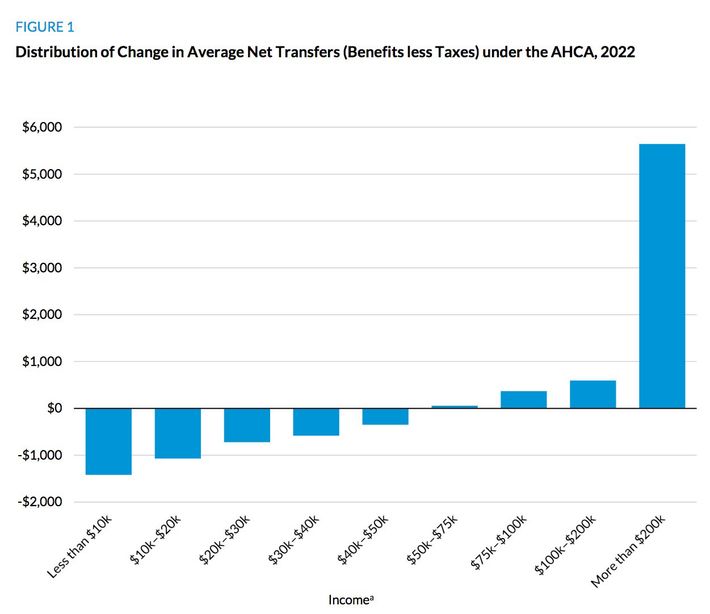 Why does this plan command the overwhelming support of the Republican House caucus? The last chart tells the story.

+Comments Leave a Comment
7 Charts Explain the Horrors of Trumpcare