Sorry, I’m a bit late on this, but DJ Khaled — the music producer more famous for his Snapchat than any of his music — is the subject of a new meme. Well, he’s not the subject, his son, Asahd, is.

Khaled loves his 4-month-old son, who he describes as an executive producer on all of his music. Earlier this month, he explained to Jimmy Kimmel how Asahd’s reaction helps him figure out where to go artistically. So Khaled, whose brand revolves around relentlessly positive phrases like “we the best,” is his son’s biggest booster. He leaves inspiring comments on Asahd’s Instagram account, which he likely also administers.

If the love ain't like Dj khaled n Asahd don't have it 😂😂 pic.twitter.com/6itUSmJMwu 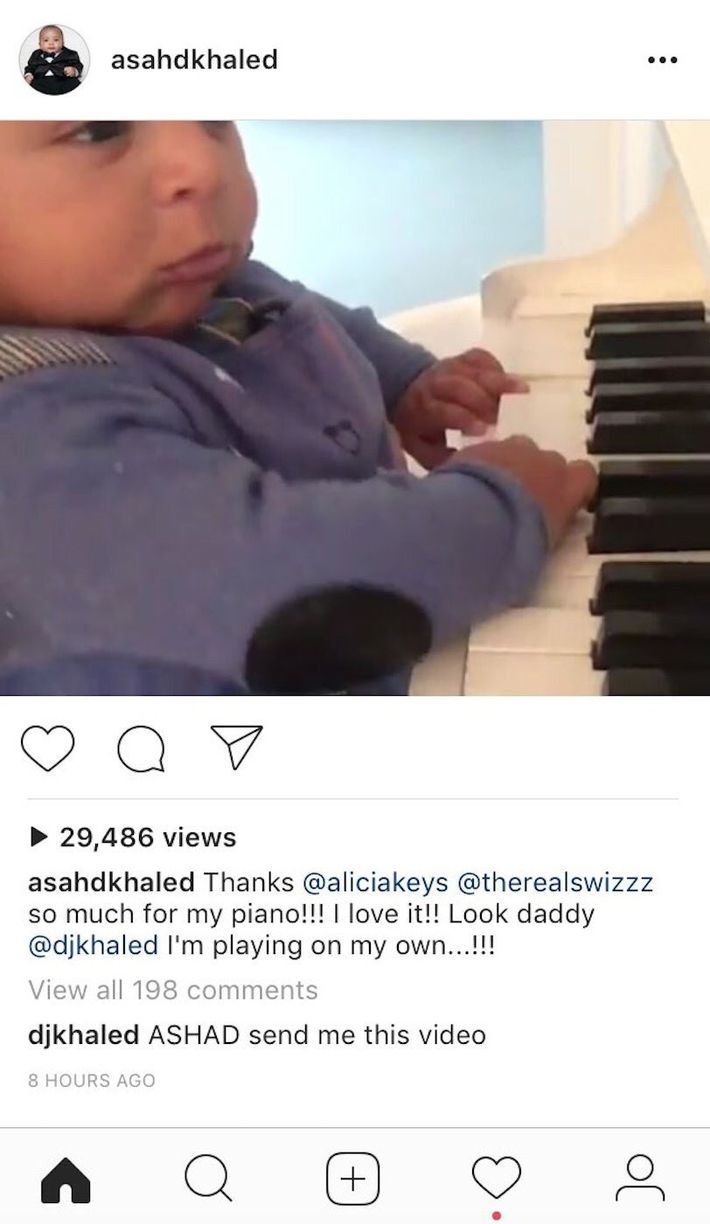 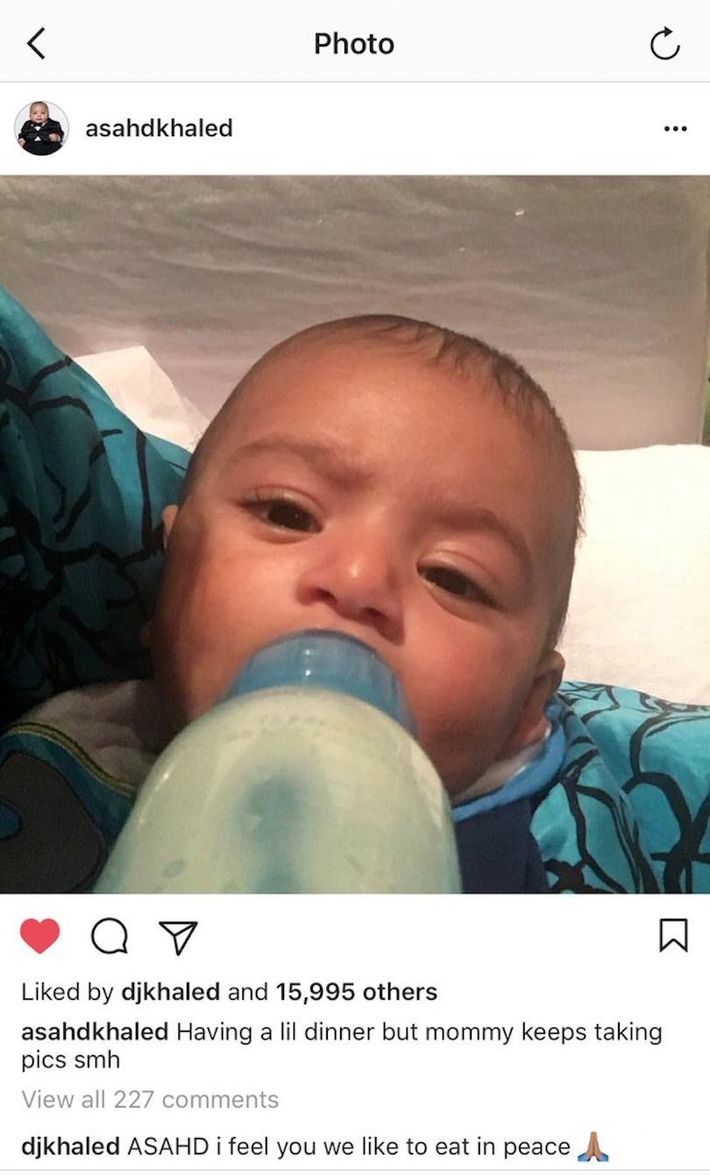 But helicopter parenting has its downsides, and it’s now become a running joke about how attentive Khaled is to his son.

DJ Khaled:*walks into bedroom*
“ASAHD, wake up! It’s time to get this money! Major key! Lion! Buy Shining on iTunes! I love you!”

Khaled: Asahd we going to Disneyland!

Khaled: I'm playing we going to the studio you got tracks to produce pic.twitter.com/n4xuJwNemE

When DJ Khaled sees Asahd sleeping instead of working pic.twitter.com/8MbfmVRmxx

Dj Khaled walking into Asahd's room to wake him up for work like..... pic.twitter.com/8TtRH7jo6l

What a nice meme about a parent who loves his child! Very pleasant.

+Comments Leave a Comment
DJ Khaled’s Love of His Son, Asahd, Is a Meme Now