The new Legend of Zelda game, Breath of the Wild, is a masterpiece in many ways. Captivating, thrilling, mysterious; it is truly a wonder to behold. The main thing that players and characters in the game can all agree on, above all else, is that Link is a beautiful boy who can show you a good time, wink, wink.

Even Nintendo of America president Reggie Fils-Aimé, himself a meme machine, has confirmed that Link is hot.

Nintendo is not particularly subtle about everyone wanting to see Link’s other master sword (ha ha, just some gamer humor). The game’s developers have even created specific dialogue for when Link speaks to characters without clothing on (a detail I confirmed by accidentally playing through the game’s intro without a shirt or pants). Here’s just a smattering of characters who are revved up and rarin’ to go regarding Link, compiled by Tumblr user chickennuggetpower. 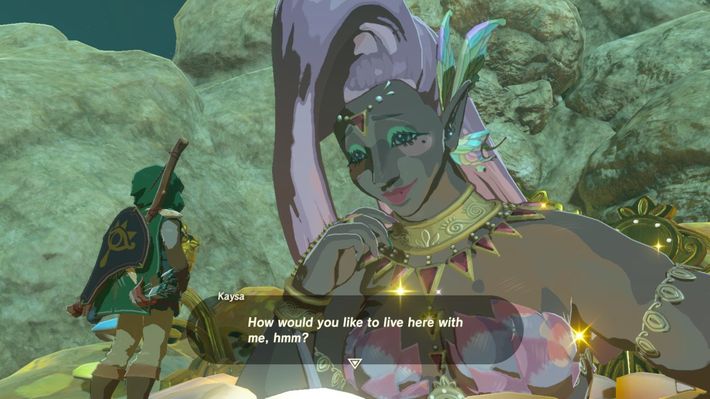 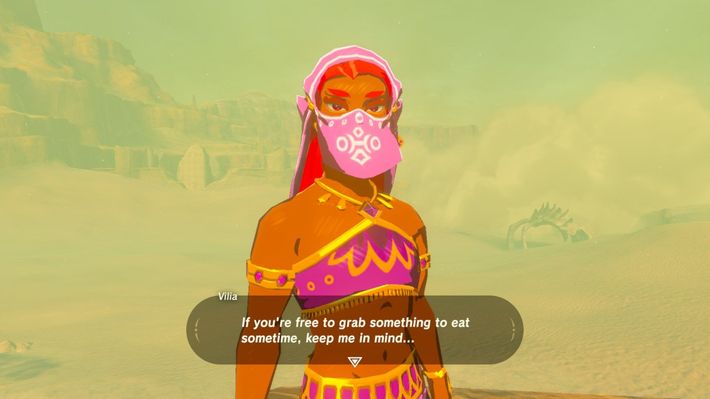 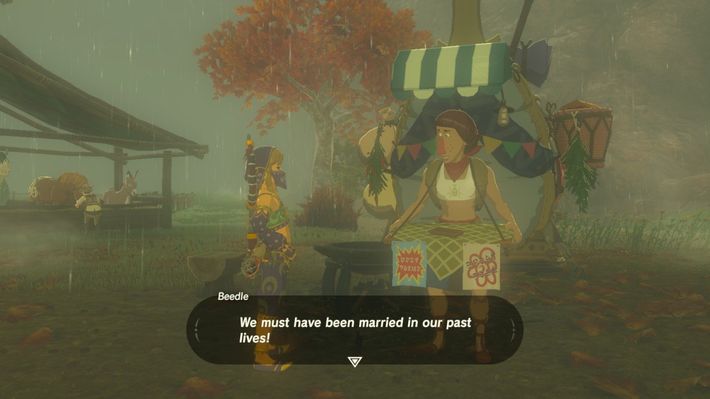 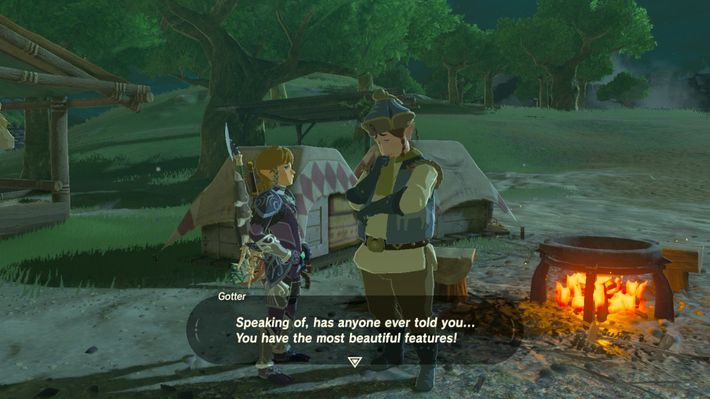 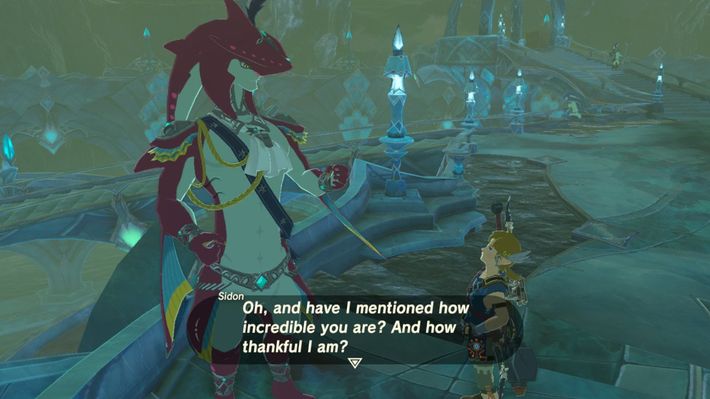 … and Prince Sidon, a tall, muscular, sharklike man with a borderline psychotic sense of optimism.