Yuri Gagarin. John Glenn. Neil Armstrong. And, of course, this:

All will be remembered as pioneers in humanity’s leap toward the stars.

That last one, a printed tweet, is currently in the stratosphere, thanks to Autonomous Space Agency Network (ASAN), which launched a high-altitude weather balloon to send a message to the current president. The language may be blue, but the message it’s trying to convey is surprisingly serene.

ASAN is trying to draw Trump’s attention to the overview effect, also sometimes simply known as The Blue Marble. You know the picture — it’s one of the most reproduced in human history: 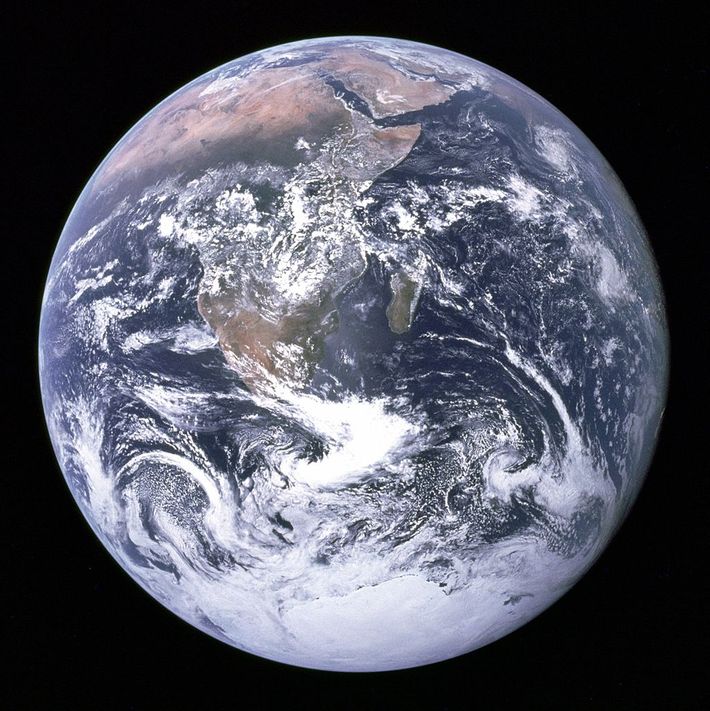 That picture was taken by the Apollo 17 mission, the last manned mission to the moon, but the overview effect actually dates back to a bit earlier, to the Apollo 14 mission. Astronaut Edgar Mitchell, the sixth person to walk on the moon, described viewing the earth from outer space like this:

You develop an instant global consciousness, a people orientation, an intense dissatisfaction with the state of the world, and a compulsion to do something about it. From out there on the moon, international politics look so petty. You want to grab a politician by the scruff of the neck and drag him a quarter of a million miles out and say, ‘Look at that, you son of a bitch.’

So while the tweet attached to the weather balloon may seem a little rowdy, it’s really just quoting one of the 12 people to have actually stepped foot on our nearest celestial neighbor, and his epiphany that while our world seems very, very large while we are on it, it’s actually quite small — and floating in a void of such immense vastness, it does H.P. Lovecraft–ian things to the brain to try to comprehend it.

Whether Donald Trump will see the tweet, of course, depends on whether or not Fox News decides to cover it.