I’m not a very brave man. The same cannot be said of Twitter user @SHlMADACLAN, who took over what looks to be a quiet grocery store in order to pull off a battle sequence from Persona 5.

For those who haven’t played Persona 5, it’s a very Japanese RPG, in which you play a high-school character by day, doing stuff like taking quizzes and hanging out with your friends; and also you’re a magical thief sneaking and fighting your way through metaphysical representations of people’s psyches. (It makes even less sense when you play the game.)

But the game’s main draw is that it is heavy on style, with every menu, loading screen, and dialog wheel given more aesthetic umph than you usually find in entire games. Nowhere is this more clear than in the game’s battle sequences, which feature a, uh, distinctive song being played.

Here, for instance, is a quick battle from the Japanese version of the game: https://www.youtube.com/watch?v=ka_H0nlJgvA.

What quickly happened is, people discovered that if you placed a heavy red outline and the battle options around someone — bang, instant meme. 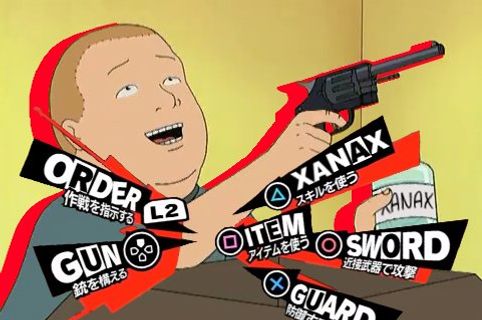 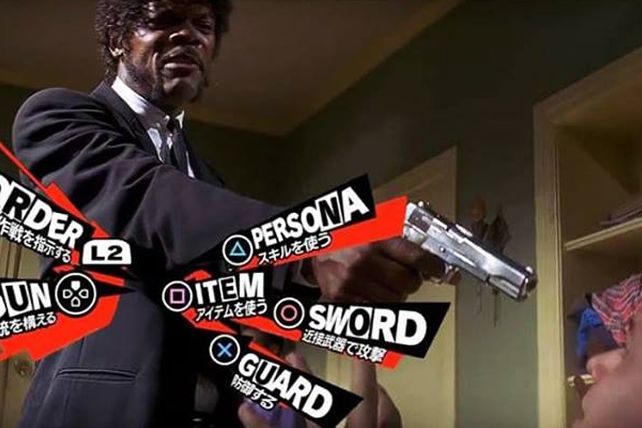 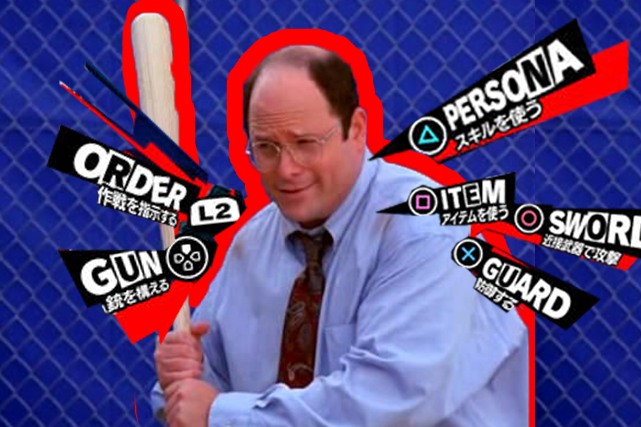 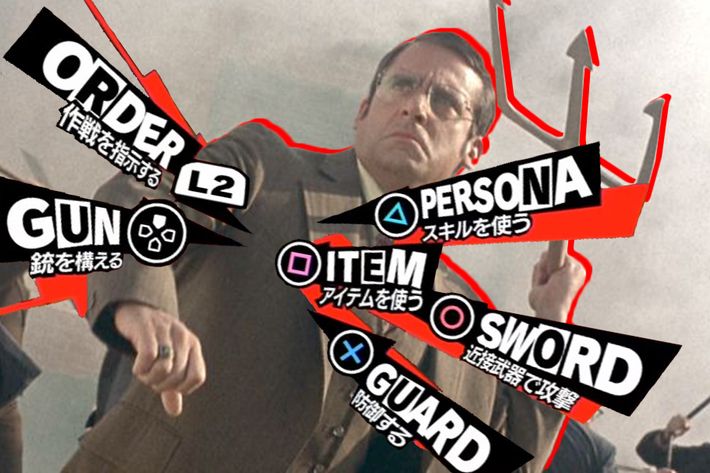 But any coward can Photoshop some menu options on top of something. The artist Henri Matisse once said, “The artist begins with a vision — a creative operation requiring effort. Creativity takes courage.”

And we’re here to admire the courage of what Twitter-user @SHlMADACLAN did.

The video is beautiful; the other shoppers, completely baffled. True art is made.

Update: I’m an idiot. As @SHlMADACLAN pointed out over DM, the grocery dancing video was originally made by user @Roy_Purdy. @SHlMADACLAN simply added in the Persona 5 graphics and music. All great art is collaborative, maybe?