After three hours of teraflops and untucked dress shirts at Apple’s Worldwide Developers Conference keynote, Apple finally got to the thing everyone was waiting for: its new smart speaker, HomePod. HomePod. HomePod. Say that out loud a few times. It’s fun. Here’s what you need to know.

It’s a smart speaker that uses Siri to answer questions and play music.

The HomePod is a mesh-covered, squat, cylindrical speaker with a four-inch woofer built into the base for sound quality. It operates on Apple’s A8 processing chip, the same one the company uses in its phones, and is engineered to detect the space of the room you put it in, and adjust the sound accordingly. The speaker contains six microphones, which will perk up upon hearing, “Hey, Siri,” and listen for user commands.

The top of the device lights up with Apple’s classic “wave-form” (think the blue and green and purple pulse you see when you talk to Siri on your phone) when you ask it to do something or play a song. 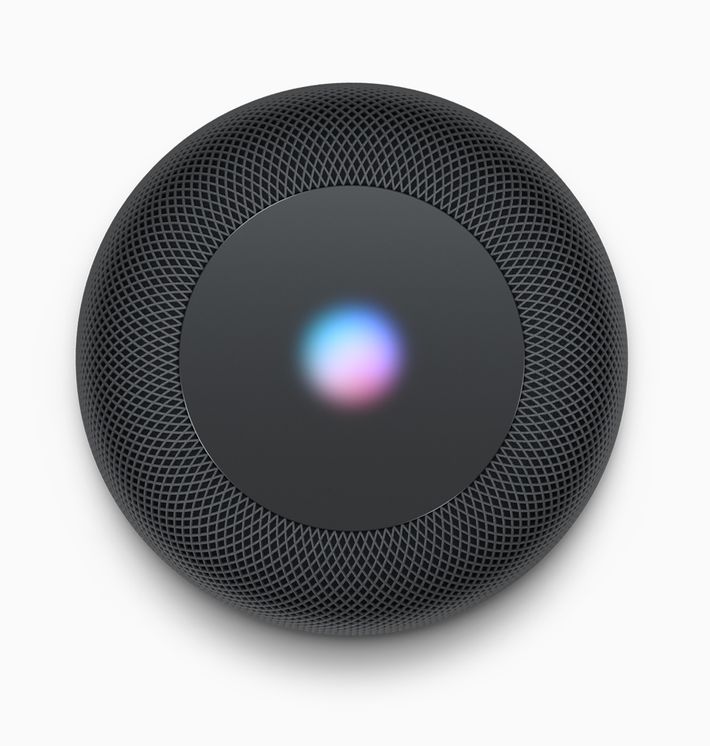 In addition to playing music, the device will be able to tell you the weather, and offer info on stocks, traffic, weather, and news. It will also connect with Apple’s HomeKit.

All communication with the HomePod is encrypted.

Additionally, according to Apple’s Phil Schiller, no data will be sent to Apple prior to a user saying, “Hey, Siri.”

It costs $349 and comes out in December.

Apple’s competitors — Amazon’s Echo and Google’s Home — have already been dominating the smart-speaker space successfully for months now. At $349, HomePod is significantly more expensive than Google and Amazon’s devices. (Those devices cost about $100 and $180, respectively.) We’ll have to wait until the end of the year to see if the newest smart speaker on the block is worth the price tag. Until then, continue saying HomePod until it stops sounding funny. That should get us to at least October.

It comes in two colors: white and space gray. 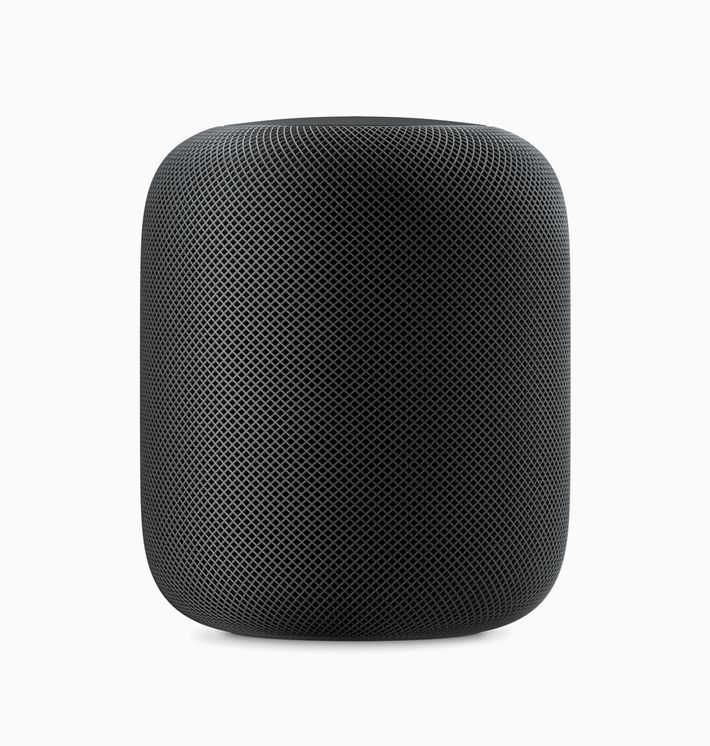