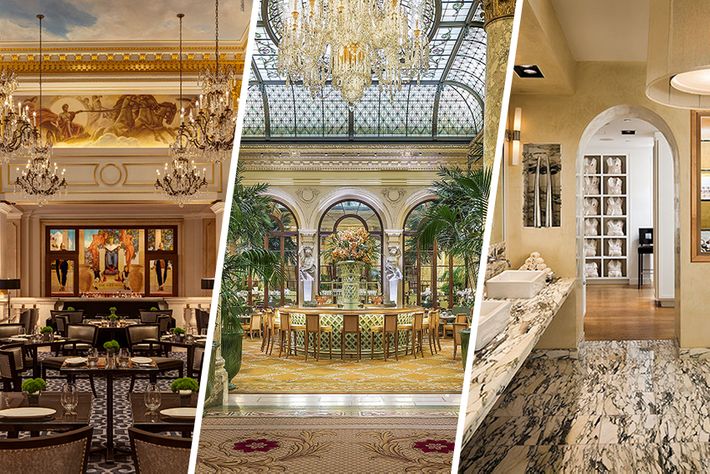 The revolving-door nature of businesses in New York is a defining characteristic of the city — which is why the establishments that have withstood time are especially worth noting. And while plenty of simply “old” establishments have declined into tasteless tourist traps, other survivors have retained the old-school glamour, novelty, and caliber that made them famous. War Paint, the new Broadway musical following the rise of beauty industry pioneers (and New Yorkers) Elizabeth Arden and Helena Rubinstein between 1935 and 1964, features a few such storied institutions. (The St. Regis New York and Tiffany & Co. are among those name-dropped.) Inspired by the show and the women’s opulent lifestyles, we rounded up a few iconic New York destinations still worth a visit today. 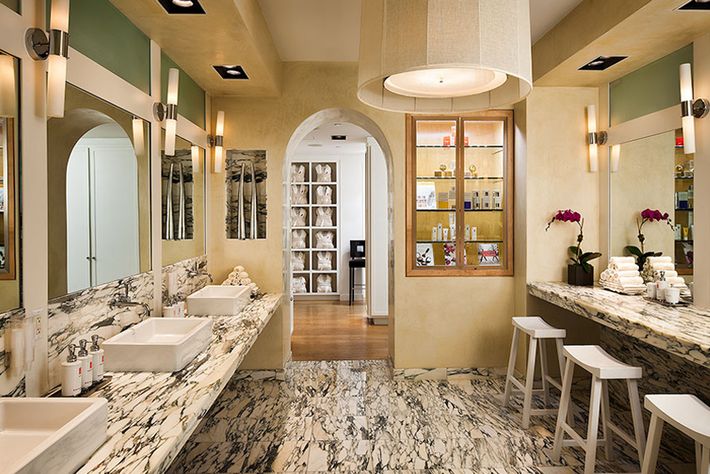 For more than 100 years, this Fifth Avenue staple has been polishing and pampering the city’s discerning clientele. Offering everything from body treatments to blowouts, the original flagship of Elizabeth Arden’s now-nationwide spa and salon remains a reliable choice for superior service and sophisticated environs. Spend a few hours “behind the Red Door,” sipping cappuccinos and indulging in relaxing services like an olive oil mani-pedi. 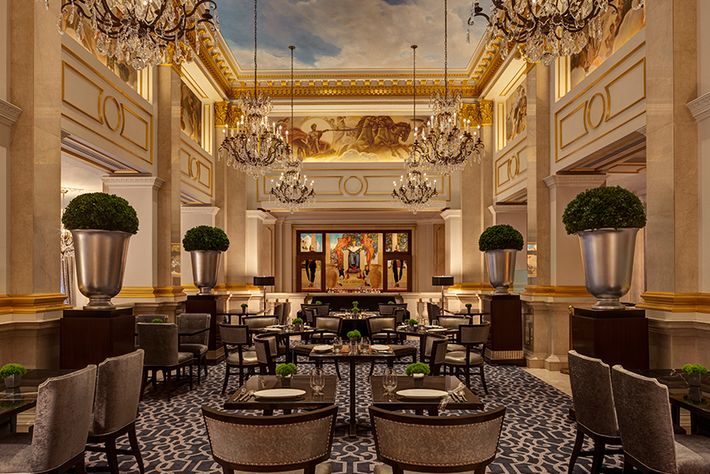 A stone’s throw from MoMA, the St. Regis is as immaculate today as it was when it welcomed its first guests in 1904. Among the luxury hotel’s fine dining experiences is Astor Court, where Arden, Rubinstein, and their well-heeled contemporaries often took lunch. For an early start, head to the stately King Cole Bar to try the highly regarded Bloody Mary. 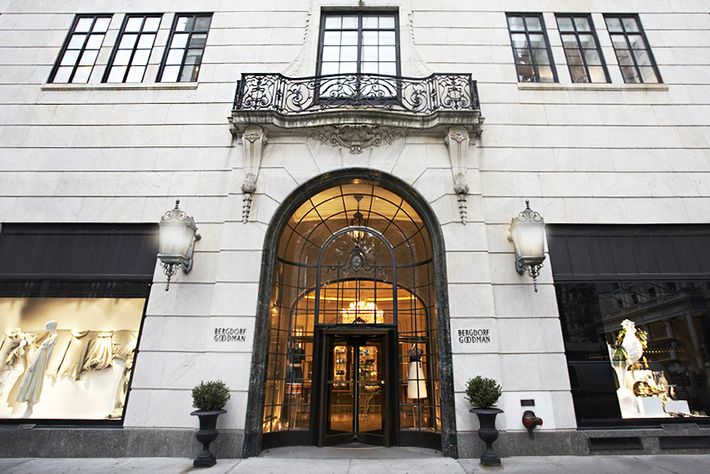 Did you know? Some of the most impressive Central Park views can be seen from the swanky dressing rooms on floors two through four of Bergdorf Goodman. A stroll down Fifth Avenue isn’t complete without popping into the luxury department store, which epitomizes the city’s famed shopping scene. It’s eight floors of high-end retail, with a side of celebrity sightings. 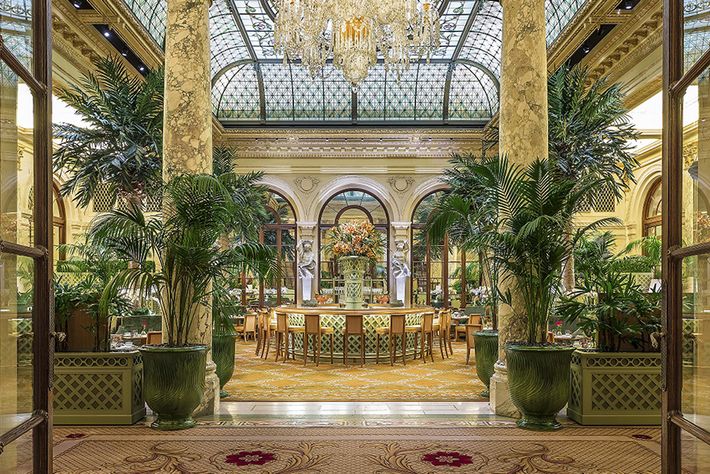 In 21st century America, formal afternoon tea is a chic concept on its own, and few places blend the elegance of the tradition with the tastes of the modern palate as effectively as The Palm Court at The Plaza hotel. (Book a reservation ahead of time to secure a spot.) To celebrate with something stronger than tea, visit the historic landmark’s equally ornate Champagne Bar, or listen to live jazz in The Rose Club. 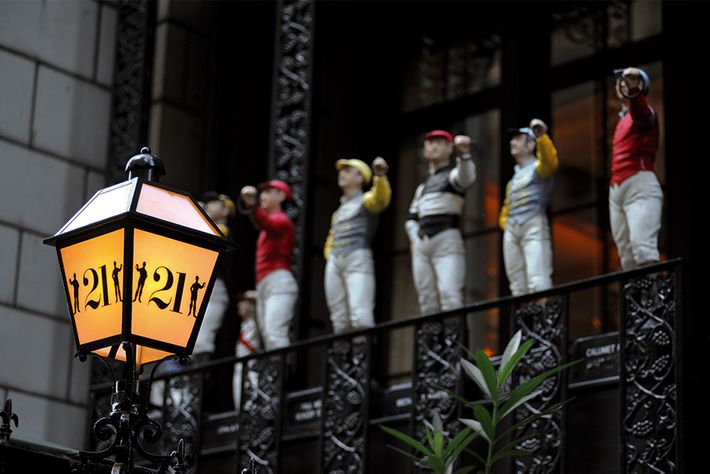 The legendary 21 Club is one of the few New York City establishments to lay legitimate claim to the title of “speakeasy,” dating back to the days of Prohibition. The Bar Room’s decor — hodgepodge memorabilia supplied by famous patrons — manages a balance of quirky and classy. The restaurant is a popular option for pre- or post-theater dinner, or for festive occasions. If you’re planning a visit, note the dress code; you won’t get inside in jeans. 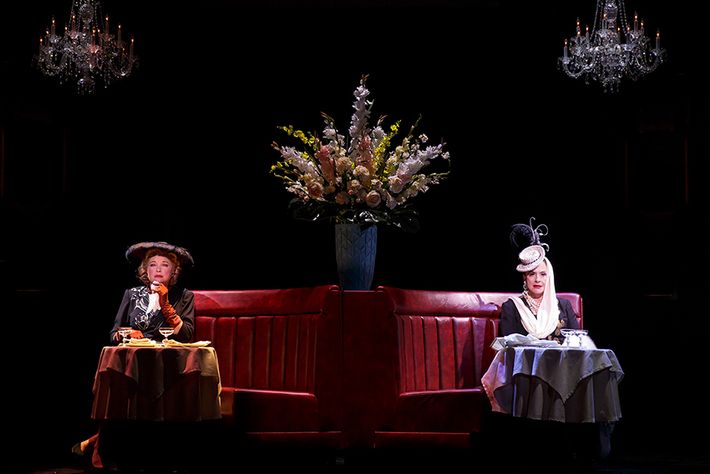 The timeless excitement of a Broadway show is the pièce de résistance of a classic-New York itinerary. Running since April 2017, War Paint stars Tony Award-winners Patti LuPone and Christine Ebersole as Rubinstein and Arden. During their decades-long rivalry, the trailblazing, self-empowered cosmetics-makers laid the groundwork for the modern beauty industry, paved the way for women in business, and climbed society’s highest ranks.

THE FEED
9:00 a.m.
2024 presidential election
2024 presidential election
What on Earth Are These 2024 Long Shots Thinking?
By Ed Kilgore
It’s not inconceivable that someone like Nikki Haley could become a contender. But don’t count out sheer ego as motivation.
8:00 a.m.
just asking questions
just asking questions
What It Takes to Give Abortion Seekers (Actually Good) Advice Online
By Irin Carmon
The Online Abortion Resource Squad’s Ariella Messing on fighting disinformation in a post-Roe world.
2/2/2023
early and often
early and often
Trump Reminds Republicans He’s Willing to Ditch the GOP
By Ed Kilgore
Even if he doesn’t formally launch a third-party bid, Trump could doom the 2024 Republican presidential nominee.

2/2/2023
royals
royals
Australia Banishes King Charles From Its Banknotes
By Margaret Hartmann
In the battle to succeed his mother on Australian $5 bills, Charles loses to the First Australians.
2/2/2023
early and often
early and often
The Hunter Biden Counteroffensive Begins
By Matt Stieb
Tired of being a GOP punching bag, he threatened Fox News with a defamation suit and encouraged the DOJ to investigate how his laptop became public.
2/2/2023
the national interest
the national interest
The GOP Attack on Ilhan Omar Trivializes Antisemitism
By Jonathan Chait
Elevating Marjorie Taylor Greene exposes the hypocrisy.
2/2/2023
religion
religion
Badass Pope Briefly Endorses Giving People the Finger
By Benjamin Hart
A weird Thursday-morning tweet from the pontiff.
2/2/2023
crime
crime
New Jersey Councilwoman Shot and Killed Outside Her Home
By Nia Prater
Eunice Dwumfour, a 30-year-old member of the Sayreville Borough Council, was found shot dead on Wednesday night.
2/2/2023
early and often
early and often
The Latest Hunter Biden Revelation Is a New Low
By Matt Stieb
Texts reportedly show he withheld an employee’s pay for sex.
2/2/2023
the talented mr. santos
the talented mr. santos
Here’s Every Single Lie Told by George Santos
By Matt Stieb
Navigating the many exaggerations and falsehoods of New York’s newest representative.
2/2/2023
creature capers
creature capers
The Hunt Is on to Find the Dallas Zoo Bandit
By Matt Stieb
Police are looking for whoever is responsible in a strange crime wave in which animals have been killed and apparently stolen from the zoo.
2/2/2023
what we know
what we know
New FBI Search of Biden’s Home Finds No Classified Documents
By Margaret Hartmann
The search of Biden’s Rehoboth, Delaware beach house was planned and consensual, like the searches of his office and Wilmington residence.
2/2/2023
early and often
early and often
The GOP Can’t Remember Why It Took the Debt Ceiling Hostage
By Eric Levitz
Republicans are fighting Biden for the sake of fighting.
2/1/2023
politics
politics
Eric Adams’s Approval Rating Is Falling
By Nia Prater
Crime is the top issue for New Yorkers, and very few say it’s gotten better under his watch.
2/1/2023
early and often
early and often
Nikki Haley Is Taking on Trump 2024 (or Running for VP)
By Ed Kilgore
The South Carolinian is expected to announce her run later this month, but Trump has already staked a claim on her crucial home state.
2/1/2023
tremendous content
tremendous content
Watch Trump Repeatedly Plead the Fifth, Like a Mobster
By Margaret Hartmann
New deposition video shows Trump, who once said only criminals and “the mob” take the Fifth, asserting his constitutional right more than 400 times.
2/1/2023
politics
politics
There’s Another Push to Change New York’s Bail Reforms
By Nia Prater
Governor Kathy Hochul reaffirmed her intent to give judges more discretion in setting bail during her budget presentation Wednesday.
2/1/2023
let it snow
let it snow
Our Long Local Snowmare Is Over
By Benjamin Hart
New York City finally saw some flakes stick to the ground on Wednesday morning. Better late than never.
2/1/2023
the big picture
the big picture
The End of ‘Zombie Neoliberalism’?
By Eric Levitz
There is burgeoning, bipartisan support for big government.
2/1/2023
the national interest
the national interest
It’s Republicans Who Won’t Negotiate Over the Budget Deficit
By Jonathan Chait
The other big lie in this hostage crisis is hiding in plain sight.
2/1/2023
the system
the system
The Government’s Telling Response to Tyre Nichols’s Death
By Zak Cheney-Rice
The reforms being considered would probably not have prevented his killing. But officials have gotten better at preempting outrage.
1/31/2023
life after roe
life after roe
RNC Tells Republican Politicians to Stay Extreme on Abortion
By Ed Kilgore
The RNC passed a resolution scolding politicians who backed off after the end of Roe v. Wade and urging them to stay on the offensive in 2024.
1/31/2023
tyre nichols
tyre nichols
Eric Adams Defends Specialized Police Units Following Tyre Nichols Case
By Nia Prater
The New York mayor said that, while he did not want to second-guess the decision to disband Memphis’s SCORPION unit, “units don’t create abuse.”
1/31/2023
the money game
the money game
Jerome Powell’s Crazy Balancing Act
By Kyla Scanlon
The Fed chairman faces a big decision with the world watching. No one said his job would be easy.
1/31/2023
the national interest
the national interest
Why DeSantis Is on Track to Beat Trump
By Jonathan Chait
The main Trump alternative has learned the lessons of 2016.