Earlier this week, Snapchat introduced a new feature called Snap Map, which you can access with a pinch gesture from the main camera view. So far, it’s mostly gotten attention because it lets users share and track the locations of their friends on a digital map using Bitmoji — a feature that has already led to some privacy worries. (To be clear: It’s opt-in, and if you want no part in location sharing on Snapchat, just do nothing. The feature won’t activate without your consent.) But the truth is that the Find My Friends-esque tracking function of the app is not particularly novel, and it seems likely your friends will turn it off sooner rather than later. Where it really, shines, though, is in its other, less-publicized form: the heat map, which shows you places in the world where people are snapping — and lets you click through to see.

Popular snap spots on the map are denoted with a warm, warmer, hot color gradient (blue to red) showing you where to tap. Snaps visible on the heat map are submitted through Snapchat’s Our Story feature. Again, to be clear: Nothing you snap will be publicly visible unless you want it to be. But if you do, and I hope you do, people around the world will be able to see your content. And you will be able to see theirs.

The map idea itself is not new — it feels like Snapchat’s Local Stories, a now-defunct feature that showed aggregated content from users in a given geographic area, as well as a similar (and similarly fascinating) map function in Facebook Live. But Snapchat’s particular brand of video is perfect for this kind of travel-around-the-world-from-your-couch time-wasting. Zoom out to a global level and see the most-snapped locations worldwide — yesterday, it was Mecca (naturally) and Florida, the Mecca of the AAU Girls Volleyball National Championship. Zoom way in on cities and towns you’ve never heard of or thought of, and you’re treated to intimate, personal videos of ordinary life that travel TV shows and your friends-only Instagram feed could never show you. Over the last few days we’ve watched people playing with puppies in Erbil, Iraq; tracking a moose in Anchorage, Alaska; and driving and cooking, well, everywhere. (The kitchen and the car are the two most beloved Snapchat locations.)

Having spend the better part of 48 hours playing around with this feature, here are Select All’s recommendations for places to tap into and watch to get you started. (You’ll need to be running the latest version of Snapchat to access the map. Once you’re updated, pinch two fingers over the camera screen of the app. You’ll be given the option to choose how visible you want to be.) 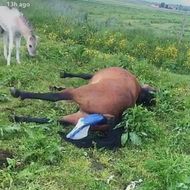 Instead of hopping a plane and taking in what has become possibly the most over-Instagrammed vacation spot in recent memory, just drag your Snap Map to the north and take a gander. You’re likely to see plenty of pictures and videos from glaciers and fjords, but also, plenty of content from real people who actually live there and aren’t just on vacation. Yesterday I watched a horse give birth, which was both traumatic and very organic. 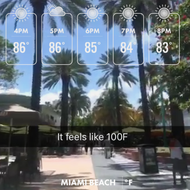 Less annoying than Disney but still pleasantly Floridian, check out Miami’s snaps for a mini-vacation from your desk. Unless you’re the kind of person who will just feel extremely depressed seeing folks on beaches, at water parks, and panning the sunset from hotel balconies. In which case, skip this suggestion. 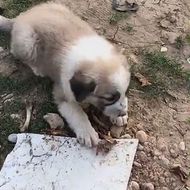 I can make no promises, but I saw an extremely good dog here, and a really gnarly lamb barbecue. Perhaps you will too. Also, lots of food snaps, which look delicious but also kind of bad, because it turns out blurry snaps of your plate are a thing everywhere. 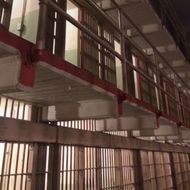 For something less upbeat than Miami, try Alcatraz Island in California, where there is a seemingly endless stream of snaps from people visiting the Golden Gate Bridge and the surrounding area. Because nothing says I’m aware this country has a mass incarceration problem like a geo-filtered snap from an abandoned prison. 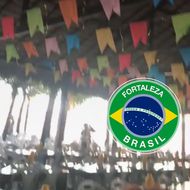 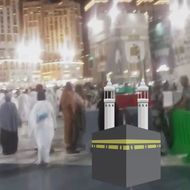 If you make a pilgrimage to Mecca and you don’t snap it, did the pilgrimage even happen? Turns out Islam’s holiest mosque is also a big hit on Snapchat. While you’re on the Arabian peninsula, there are plenty of other cities brimming with videos that will prove to you that dashboard snaps and clips of fidget spinners are just as lame in Jeddah and Dubai as they are in New York and L.A. 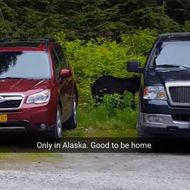 I watched a moose roaming through a residential neighborhood. A moose walking down the street. Bears in parking lots, streams, and forests. And several good-looking Siberian Huskies. Basically the IRL versions of every character I remember from Balto. Also so many gym snaps. Alaskans are swole, y’all.

Tourists. Locals. Pictures of puppies. Pictures of food. A video from a hip-hop dance class. People commuting to work in cars and tuk-tuks. It seems like something is always happening, at least on Snapchat, in Manila.

Unsurprisingly, New York City’s many, many landmark spots are popular on the Snap Map. Our pick is Brooklyn Bridge Park, which offers excellent views of the city’s skyline, views of and from the bridge itself, and no shortage of videos of the “bottomless” whirlpool art installation that offers a not-so-subtle take on American politics.

While this will obviously vary from person to person, chances are somebody in your hometown, or a town nearby, has shared content on the Snap Map. Expect to find local landmarks, videos from students on their
last days of school before summer vacation, and, if you’re lucky, maybe even a snap of somebody you know.