Yesterday, Nintendo finally revealed the main gameplay mechanic of Super Mario Odyssey, and it is … concerning. From what I can tell from the trailer, an evil top hat has taken control of Mario’s hat, and now, Mario can possess things — objects, people, vehicles — when he places his hat on their heads. Mario can become literally anything, but only I know which Mario form is the best one. What follows is a definitive ranking. 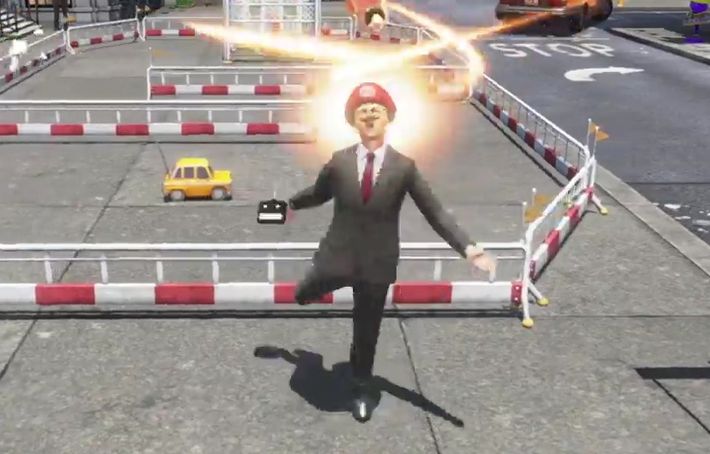 The businessman Mario possesses is ranked last on this list because of all of the thorny questions that it makes me consider. Unlike standard Mario enemies, which are evil, probably nonconscious, sentient human beings remain a big ethical question mark. Can the businessman feel the core of his very essence being cleaved in two as Mario warps into his body? Furthermore, what happens to his consciousness when Mario takes over? Lastly, does the besuited man’s mere existence in the Mario universe signal that the fat plumber is, like most laborers, being crushed under the boot of capitalism while this guy retires to his penthouse apartment each night? 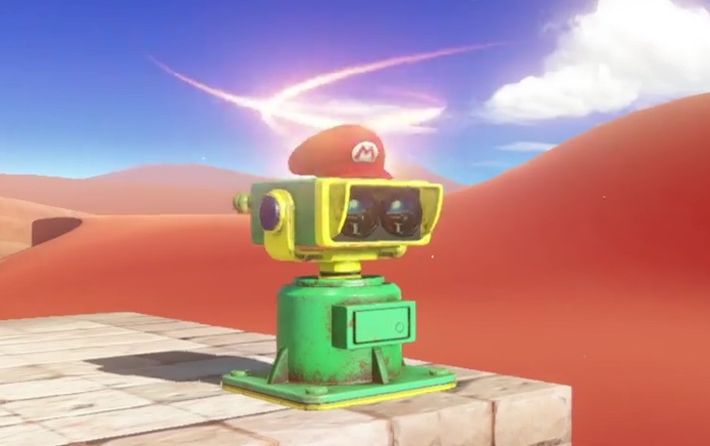 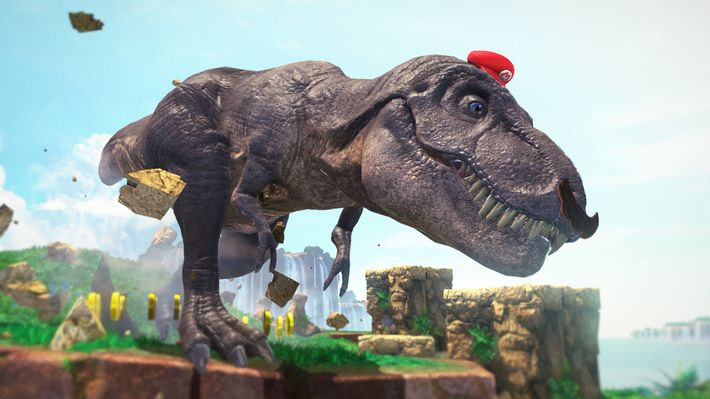 I anticipate that many will have a problem with dinosaur Mario being placed so low on this list. But dinosaur Mario looks like a gimmick. It looks like one of those funny things that happens in a video game for 30 seconds and then never again. Dinosaur Mario is very compelling in theory, but probably not in practice. 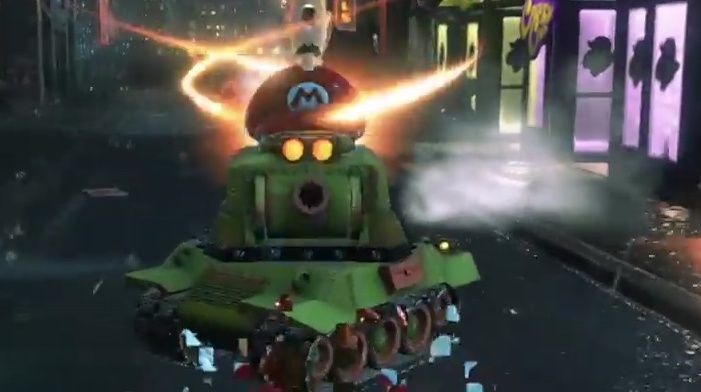 One of the all-time greatest Mario Party mini-games was called “Shell Shocked,” and I appreciate any unintentional reference to that game, which saw each of the Mario characters’ bodies replaced with a goddamn tank. I do think Mario is getting a bit cozy with the military-industrial complex though. Not cool to see a tank on the civilian streets of New Donk City. 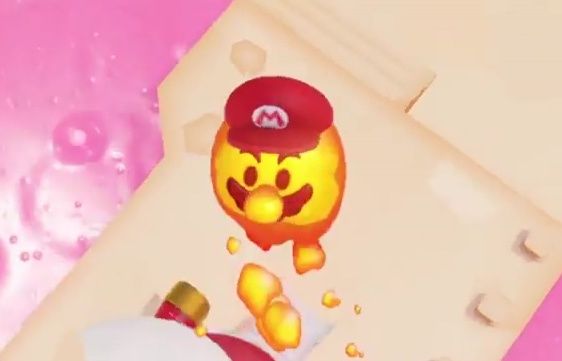 A blob of lava with a hat and a mustache and an expression that reads, “What has become of my life?” As Mario would say, “Mamma mia! Perfecto!” 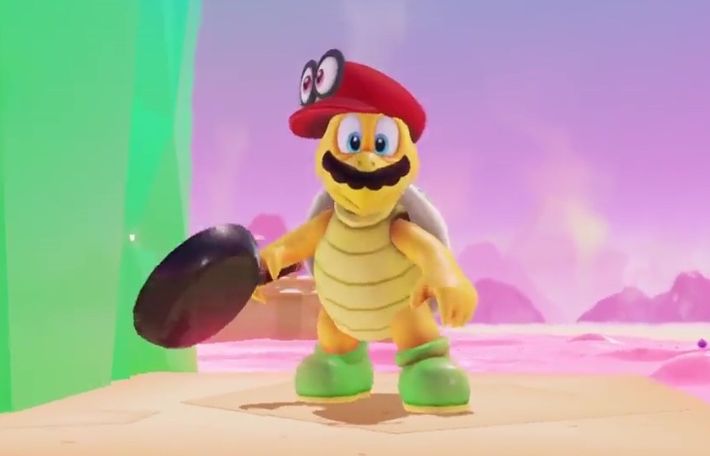 Koopa Mario looks like a Pistachio Disguisey creation. He’s not fooling anyone with that getup. “Hello, it is me, Mario, the jumping maintenance man we all know and love, and definitely not a turtle.” 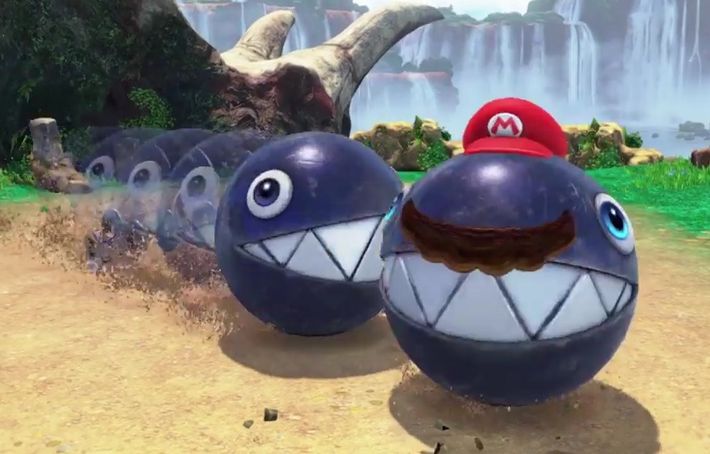 Chain Chomp Mario is my round, grinning son. He is pictured here with his best friend, who is coming in hot for a big smoocharoonie. 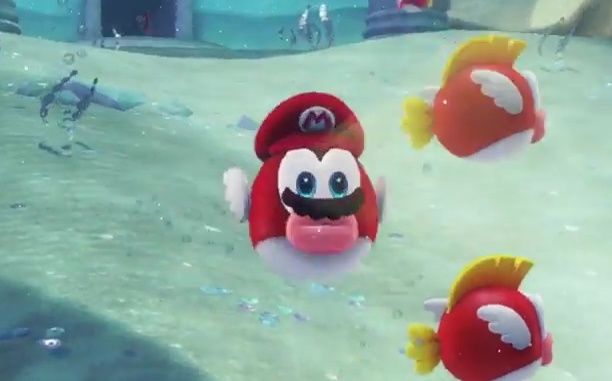 Blub. That’s all I got to say about that. 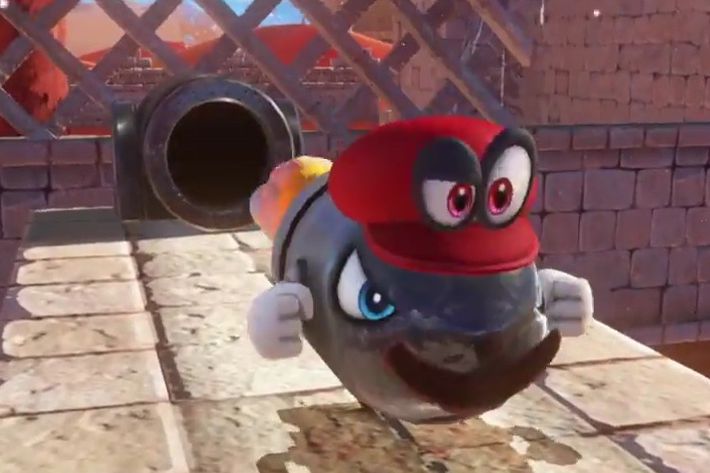 Given that this year will also see the release of Mario + Rabbids Kingdom Battle — or as I refer to it, Mario With a Gun — Nintendo had to raise the stakes with its first-party offering. Mario with a gun? No, Mario IS a BULLET. 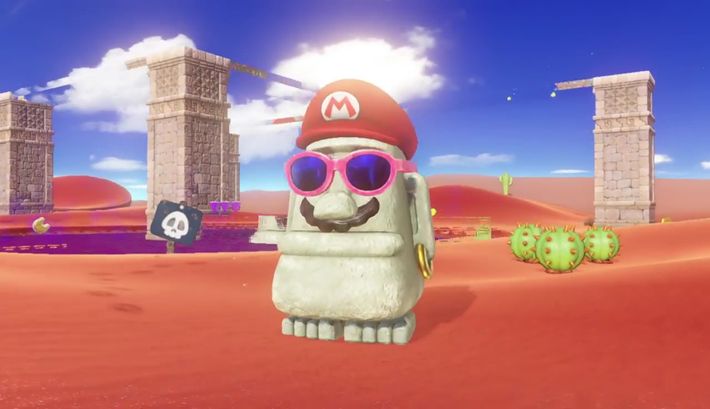 It’s tough to decide which detail is better here: the shades, which appear to control the level layout, or the earring, which has no discernible purpose. Yet. This is Hedo Rick Mario, and he’s rippin’ and tearin’. 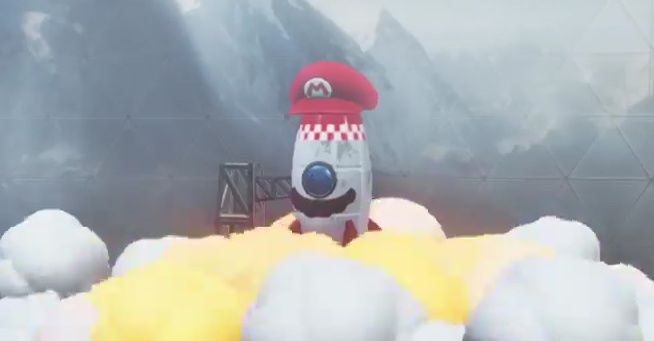 It’s kinda weird that it took Nintendo more than 30 years to realize that slapping a Mario hat and mustache on literally anything is an unfathomably funny joke, even more so when the object resembles a face in no way. 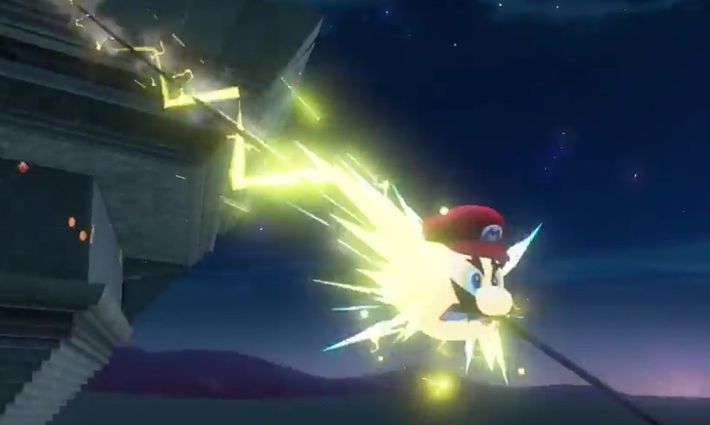 This is a perfect depiction of what I imagine happens whenever anyone sends an angry tweet. 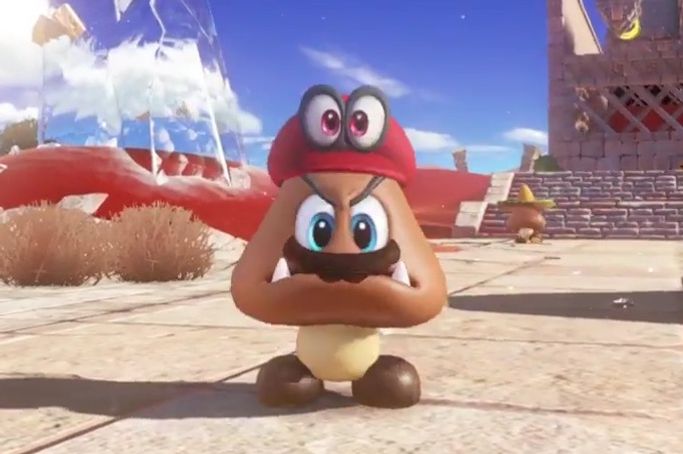 To know one’s enemy, you must become that enemy. The stomper becomes the stomped. Now, Mario truly understands the Goomba’s struggle. 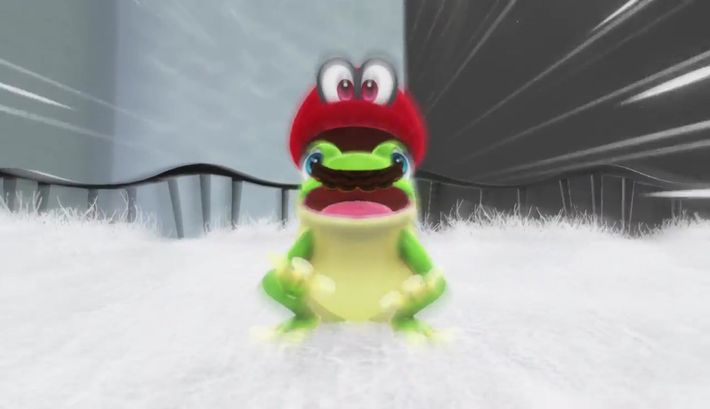 Hell yeah, they should make a game starring just the Mario frog. What a good boi he is. 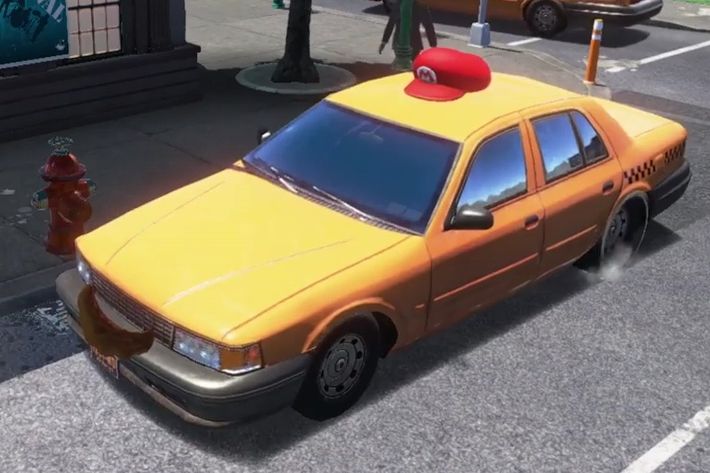 God is dead and taxi Mario killed him.