Move over, Pixar — there’s a new CGI creature in town, and he comes from the most unlikely of places, the National Security Agency. Of the federal government agencies that you’d expect to have an anthropomorphic mascot dedicated to reducing environmental waste, the NSA is probably near the bottom of the list.

The mascot, Dunk, became public knowledge in 2015, thanks to a menacing NSA tweet the agency sent to publicize its green efforts.

#EarthDay is this Wed. Meet Dunk, the NSA’s #Recycling Mascot & learn about our #green efforts.http://t.co/QdgRPbhDqh pic.twitter.com/LjNHf9QeR4

That effort included a school initiative teaching children how to conduct a waste audit, categorize trash, and figure out how effective they were at properly disposing of trash. Yes, the NSA wanted children to go snooping through trash, which seems almost too on the nose to be true. “So you’re asking me, hey Dunk, what is a waste audit? Well, you’re going to dig through all of the trash in your school and then you’re going to analyze it,” the blue beast intoned in his nasal voice. “You’ll need to identify the types of trash making up the waste stream of your school and the amounts of each type of trash, by weight and volume.”

Upon learning of Dunk, I submitted a Freedom of Information Act request for any communication and documents related to the development of Dunk. More than two years later, the NSA came through with a handful of unclassified documents.

On August 22, 2008, a graphic-design coordinator sent an email with the subject line, “(U) Quick Idea.” Attached was a file called “recycle idea.pdf,” which contained preliminary sketches for two waste-disposal bins with faces and arms. One is a round, green recycling bin, for soda cans and such; the other is an orange dumpster labeled “WOOD ONLY” that’s disposing of a pallet. The slogan: Think Before You Throw. 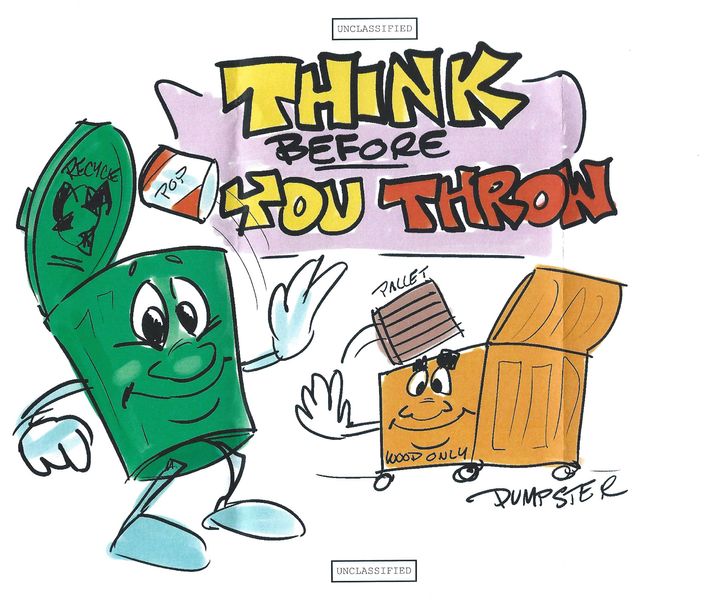 The initiative was put on hold until the graphic-design coordinator returned from leave in early September. The next email exchange that the NSA included begins on October 1, when a waste-and-recycling manager inquires about the Dunk program. “Just wanted to know if we’ve made any further progress … Let me know …” 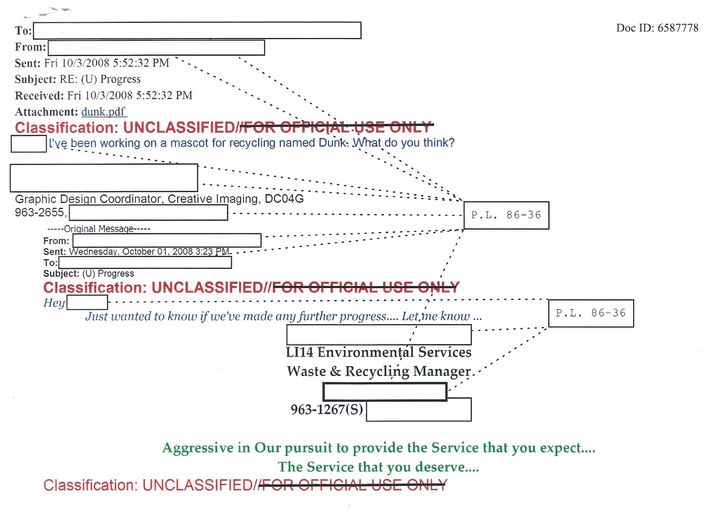 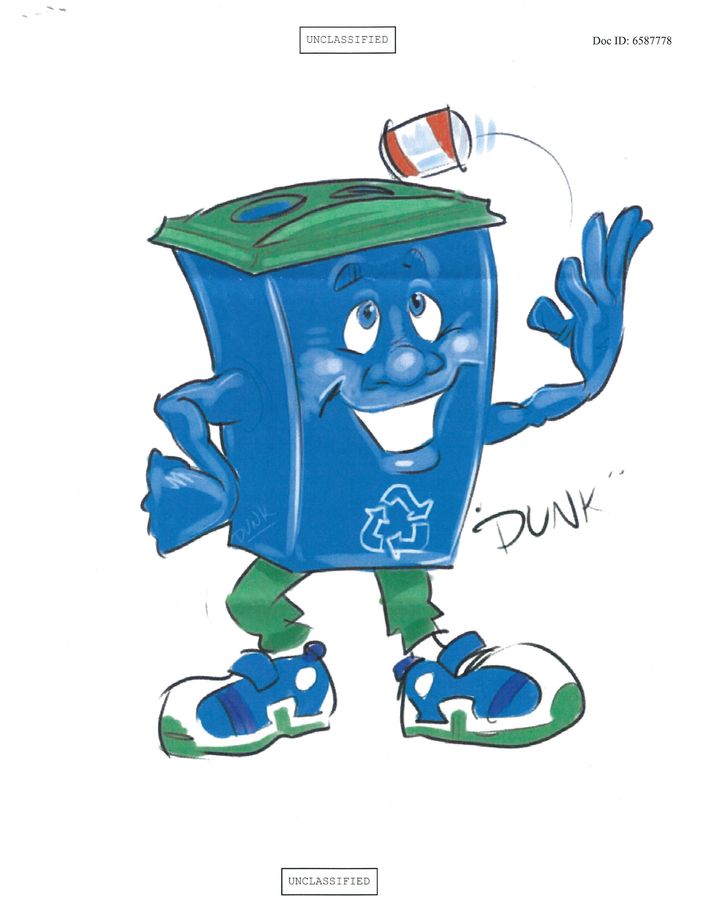 Two days later, the Dunk we all know and love appears in a file simply titled “dunk.pdf,” courtesy of the same graphic-design coordinator. He’s now a blue, rectangular recycling bin, who throws trash through a hole in the top of his head, rather than eating it via his mouth. Does the trash give him energy? What happened to his dumpster friend? Why is he called Dunk when he’s clearly lobbing the trash?

The final page included in the NSA’s response is the final Dunk, now with fancy purple shorts. The picture is not dated, but it’s presumably the type of office posting that is placed right over the trash bins. Years before Dunk was telling kids to dig through the trash, he was telling NSA workers to be mindful of their waste habits.

“Think before you throw!” the NSA warns. I mean, that’d be crazy, right? Imagine if your stuff ended up in the wrong place, and someone you didn’t intend got ahold of it and used it improperly. That’d be so embarrassing! 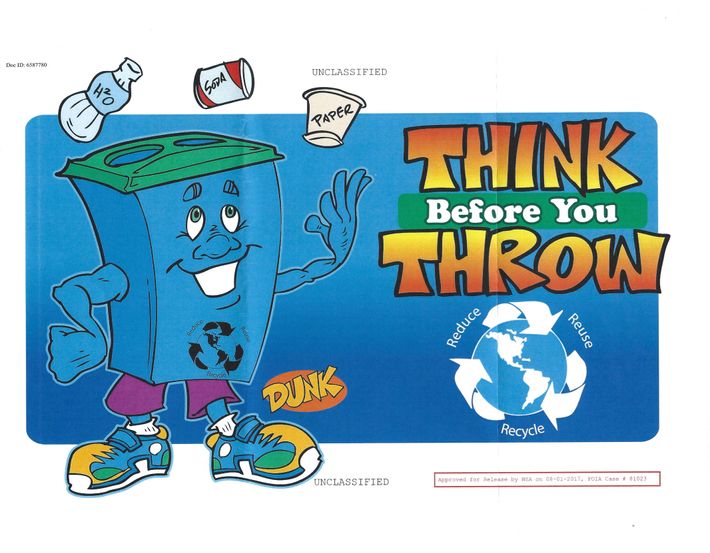 +Comments Leave a Comment
The Origins of the NSA’s Uncanny Recycling Mascot, Dunk