This year was the first when mainstream media began openly talking about major tech companies are becoming the new monopolies. The New York Times Farhad Manjoo calls them the “Frightful Five”:  Amazon, Apple, Facebook, Microsoft, and Alphabet (the umbrella company started by Google). We at Select All have certainly shared some of our own angst about the enormous power tech companies wield, from the pure size of Facebook, Google’s self-serving move to redefine internet ads, or Amazon’s long shadow over an amazing number of publicly traded companies. These companies, the media narrative goes, wield so much economic, social, and political power that they’re less like corporations and more like nation-states.

But the average consumer is pretty happy with the state of things. Per Wired, research firm Morning Consult has found that consumer sentiment about three of the largest companies — Google, Facebook, and Amazon — is holding pretty steady. Google has a “net favorability” of 82 percent, meaning 88 percent of respondents view the company positively, and only 6 percent view it negatively. Amazon, which is reportedly considering entering the pharmacy game, has a net favorability of 77 percent. And Facebook sits happily at 60 percent. And these numbers have remained largely unchanged over the past year, despite fake news, Russian hacking (and ad buying), and Amazon’s aggressive expansion into the physical retail world. 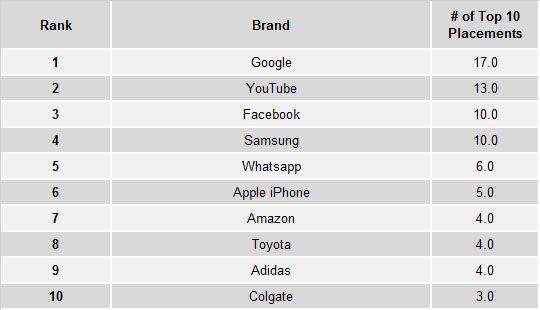 This shouldn’t be taken to say there’s nothing fundamentally wrong in the current tech landscape. Manjoo, Select All, and the average reader should have serious concerns about the pure size of new tech giants.

Old-school monopolies were companies that controlled distribution or markets mainly through physical means and used that jack-up profits — if you wanted to make a phone call, you had to use AT&T, if you wanted refined oil in the late 1800s, you had to buy from Standard Oil and Trust.

The new digital monopolies largely don’t corner markets and then raise rates — despite Google and Facebook essentially controlling the entire online-ad market, the price of advertising has remained stable (and, to the dismay of publishers, even declined slightly). The writer Ben Thompson calls it Aggregation Theory:

This monopoly, though, is a lot different than the monopolies of yesteryear: aggregators aren’t limiting consumer choice by controlling supply (like oil) or distribution (like railroads) or infrastructure (like telephone wires); rather, consumers are self-selecting onto the Aggregator’s platform because it’s a better experience.

Of course consumers view Google and Amazon and Facebook favorably. Google and Amazon and (evidently to a lesser degree) Facebook make their lives better! But that doesn’t mean that the pervasiveness of Google, Facebook, and Amazon can’t also be pernicious. When we use just a few companies for nearly all our digital (and, in Amazon’s case, physical) needs, we cede enormous amounts of control to businesses that don’t serve customers, but stockholders — and have essentially no competitors but themselves.