If you’re shopping for a gift for a fan of comic books or you love comic books yourself, the new Amazon Fire HD 10 makes for a great buy.

Nobody is going to mistake the HD 10 for an iPad Pro, but for $120, it does the two things you want to do on a tablet: read stuff and watch stuff. And, for me, it’s the reading stuff — specifically plowing through a number of comic-book series I’d fallen behind on — that’s the real appeal of the HD 10. Its 10.1-inch screen isn’t quite as large as the actual paper page of a comic book, but it’s close — close enough that you won’t need to zoom in to read dialogue or to see the finer details in the artwork.

The HD 10 is also solid for watching TV and movies, thanks to Amazon’s robust video service; serves as a fine basic reading device for Kindle books; and can handle most tablet games without chugging. Battery life is solid, and it’ll get you through a cross-country flight without a problem.

Its one major downside (as with all Fire tablets) is that you’re shunted through Amazon’s bizarro-world version of Android, which is aimed mainly at making it extremely easy to buy things from Amazon and from nowhere else. Be prepared to learn how to sideload Google Play onto your tablet (it’s relatively easy) if you want to stray outside of Amazon’s somewhat limited app selection.

But if you’re looking for a tablet as a way to read and watch stuff — particularly comic books — the Amazon Fire HD 10 is the one to pick up. If you’re curious but want to spend a bit less, the Amazon Fire HD 8 is also a very solid tablet with a slightly smaller screen, and is on sale for the holidays for just $50.

Looking for a few comic-book titles to get started? We got Vulture’s resident comic-book expert Abraham Riesman to give us ten titles you should check out, all available on Amazon via Comixology. 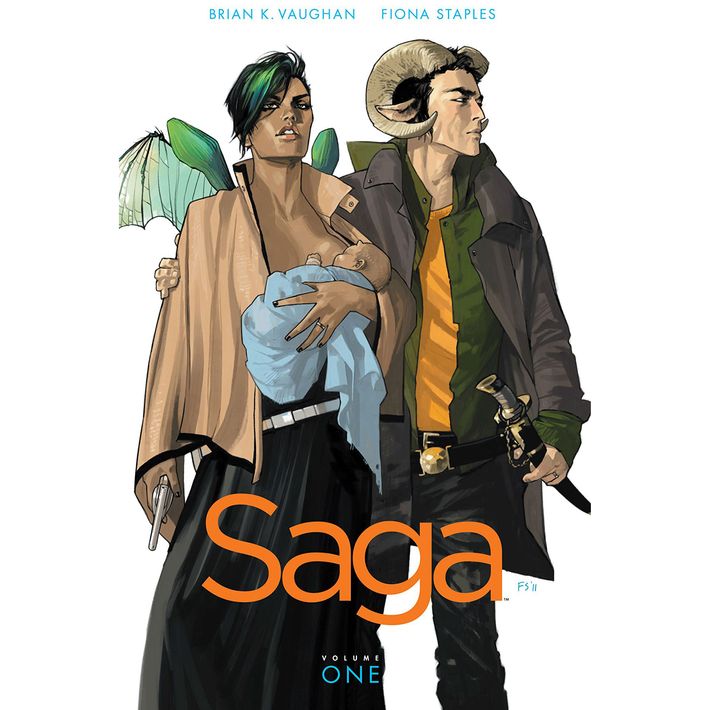 Even though it’s only been around since 2012, Saga has quickly become one of the canonical go-to comics that seasoned nerds recommend to newbies. Equal parts Star Wars, Lord of the Rings, and Mad About You, it’s a funny and action-packed glimpse of intergalactic war and the ordinary people (some of whom have wings or TV sets for heads — but you get what we mean) who get caught in the crossfire. 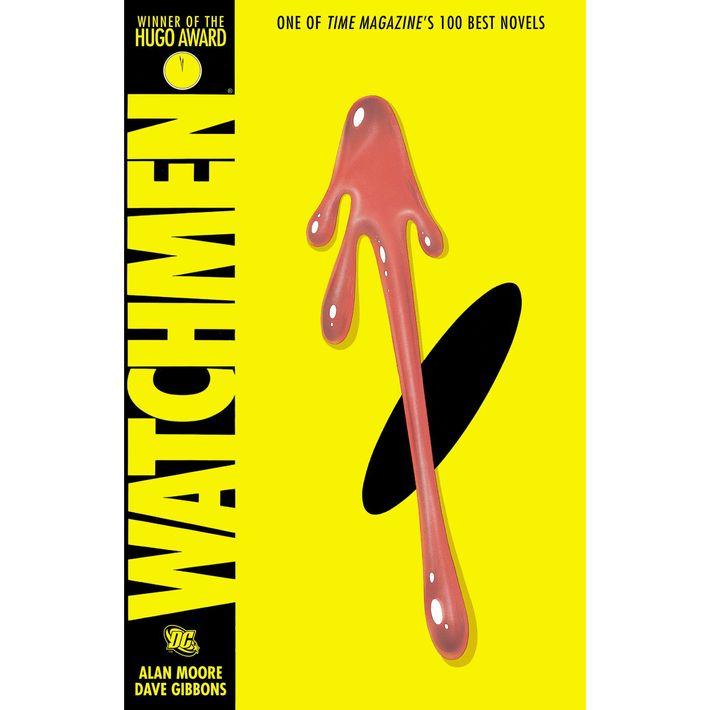 It’s a bit of a cliché to call Watchmen the greatest superhero story ever told, but that’s no reason to discount its power. This 12-chapter tale begins as a murder mystery about a dead vigilante and gently grows into a series of statements about utilitarianism, human fallibility, and idol worship. Plus, the artistic structure is legendarily intricate, full of visual palindromes and microcosms. No wonder we’re still talking about it 30 years after it debuted. 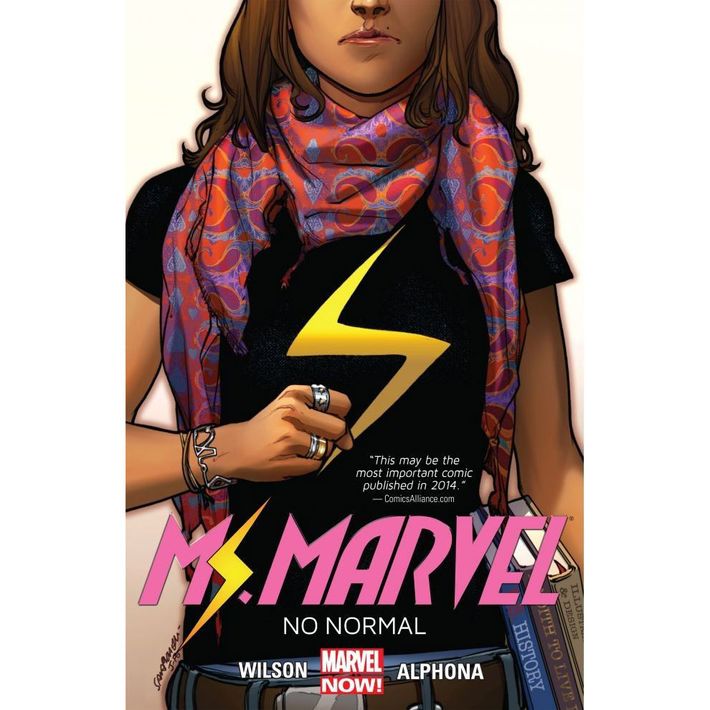 If you’re superhero-curious or the parent of someone who is, and you don’t want to pick one of the grimmer, grittier works on this list, might we recommend Ms. Marvel? It’s a charming and punchy comic about a geeky teenage girl (who happens to be Pakistani-American and Muslim — sadly unusual for our comic-book metahumans) upon whom superpowers are foisted. Her journey toward self-assuredness and responsibility is great for readers of all ages. 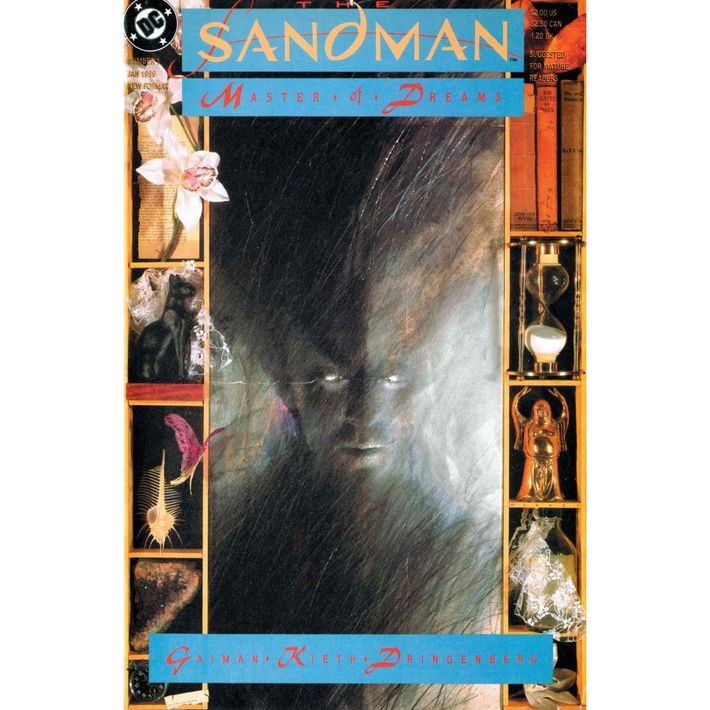 Writer Neil Gaiman blew open the doors of comics and invited in a still-flowing stream of new readers with his multivolume epic The Sandman. In this first volume, we meet Morpheus, also known as Dream, one of a family of immortals known as the Endless. His journey from imprisonment to vengeance and exploration is a delight for lovers of fantasy, and will be accessible to anyone with a capacity for wonder. 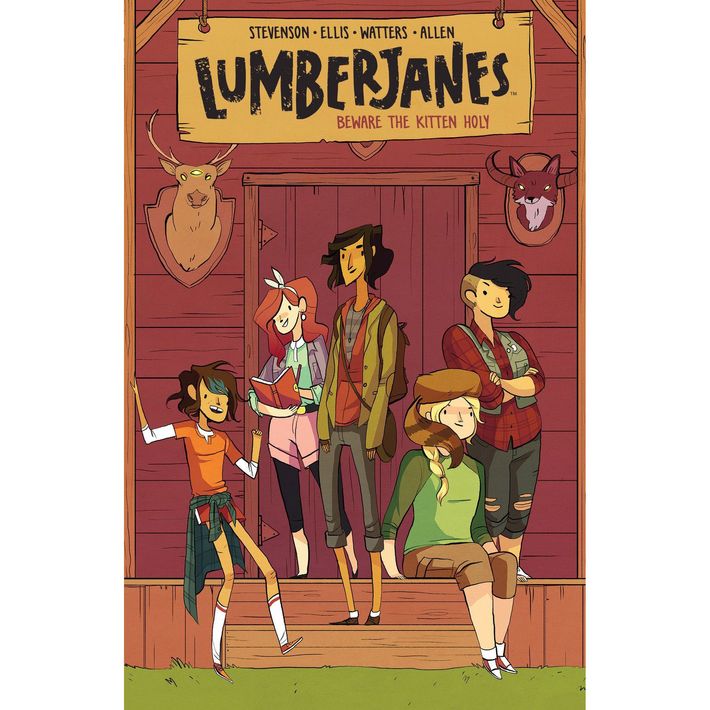 The comics market is densely packed these days, but Lumberjanes stands out because it’s unlike anything else out there. It’s a queer-inclusive story about a group of girls at a scout camp who run into an array of threats and wonders of the supernatural ilk. All the while, they experience the drama and joy that you’d expect from such a demographic of characters, and the results are a delight, especially for middle-school readers. 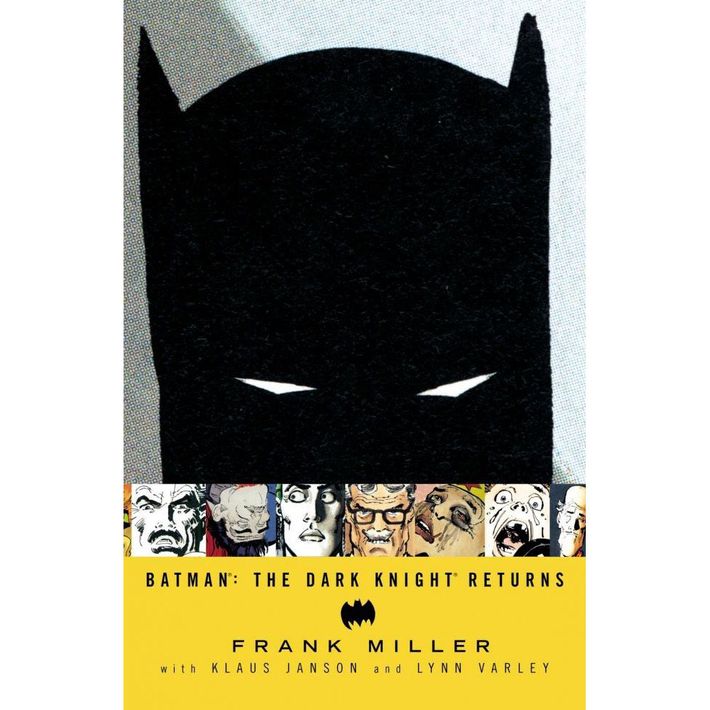 This one’s another timeworn entry point that remains one of the greatest Batman stories ever told. If you’ve liked the character in the movies, The Dark Knight Returns is required reading, as it’s been an influence on virtually all of them. In it, a grizzled Batsy comes out of retirement to clean up a dystopian Gotham overrun by teen gangs and purportedly reformed supervillains. One of its charms is that it’s not just brutal — it’s also quite funny. 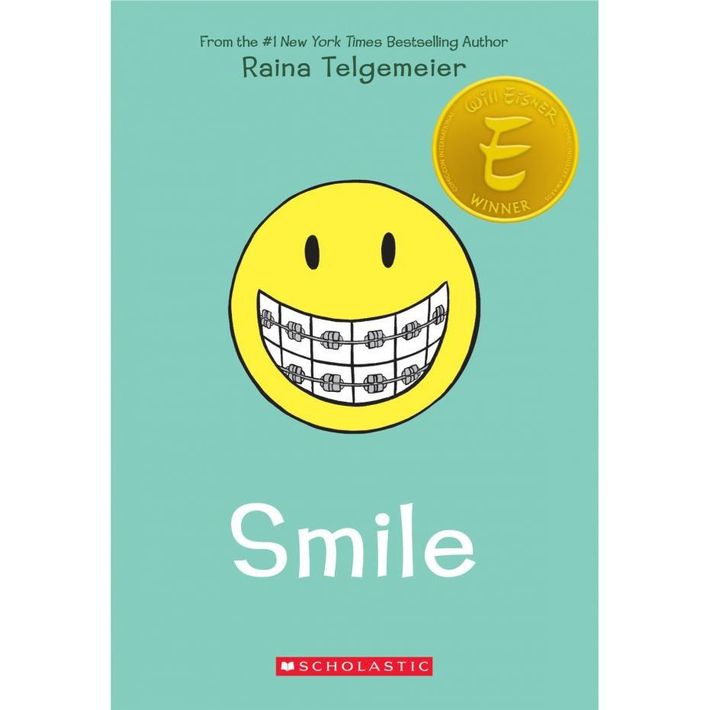 In Smile, Raina Telgemeier has given the world one of the most successful comic books for young readers ever composed. It deserves its fame and sales. Smile is an autobiographical account of Telgemeier’s school days, back when she had to undergo major dental work while trying to survive catastrophes ranging from an earthquake to simple schoolyard drama. If you want something safe for even the youngest tablet reader, this is the tome to download. 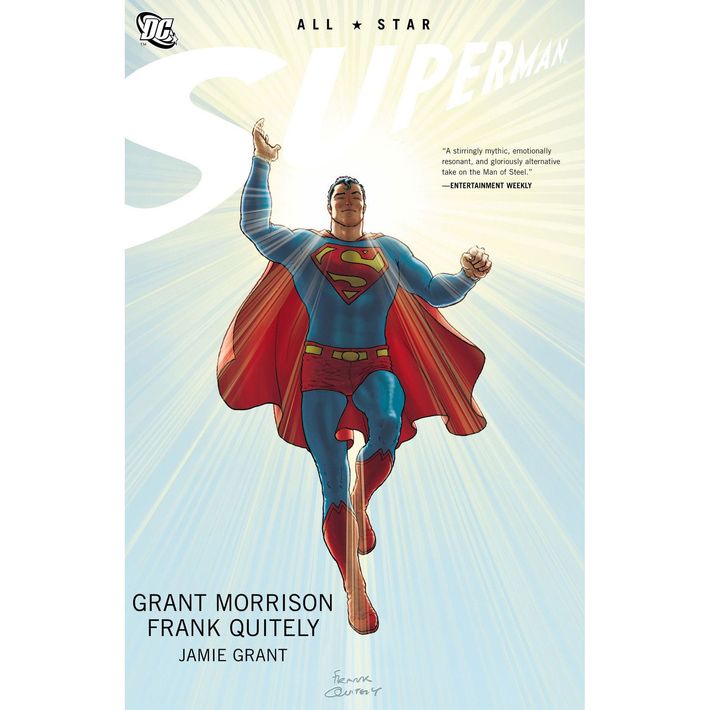 It took the better part of a century, but the definitive Man of Steel story was finally told in the form of All-Star Superman. It’s the rare superhero tale that rewards both experts and novices, filled to the brim with concepts from throughout the character’s history, but wholly willing to explain it all to the audience as though it’s the first time they’ve seen them. Narratively stirring and visually operatic, it’ll make you fall in love with the character that changed fiction forever. 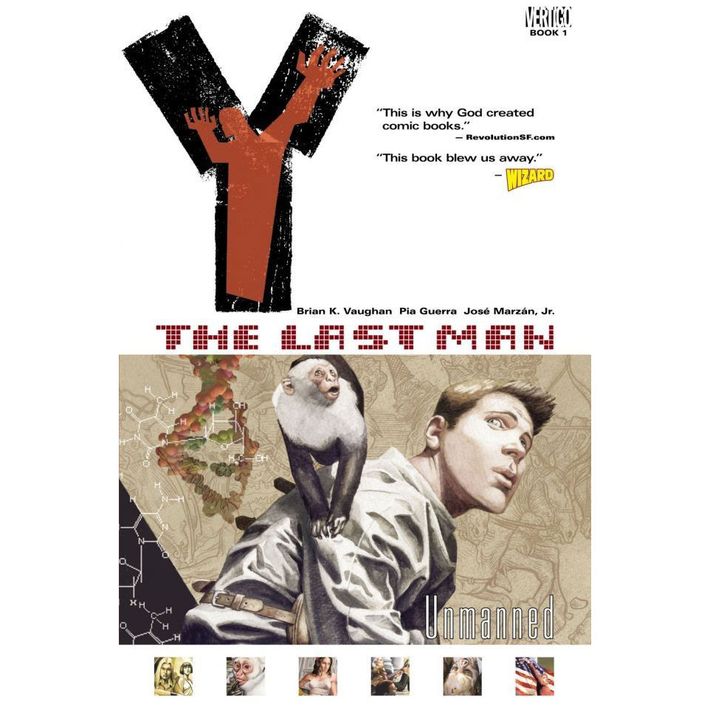 Okay, okay: It’s probably unfair to put two comics written by Brian K. Vaughan on this list. But this was the series that really put him on the map — a bit of high-concept sci-fi in which all the men in the world mysteriously die off in a sudden “gendercide,” and the sole surviving male happens to be a self-involved yutz. The globe-trotting escapades he and his female cohort embark on make up one of modern comics’ grandest story cycles. 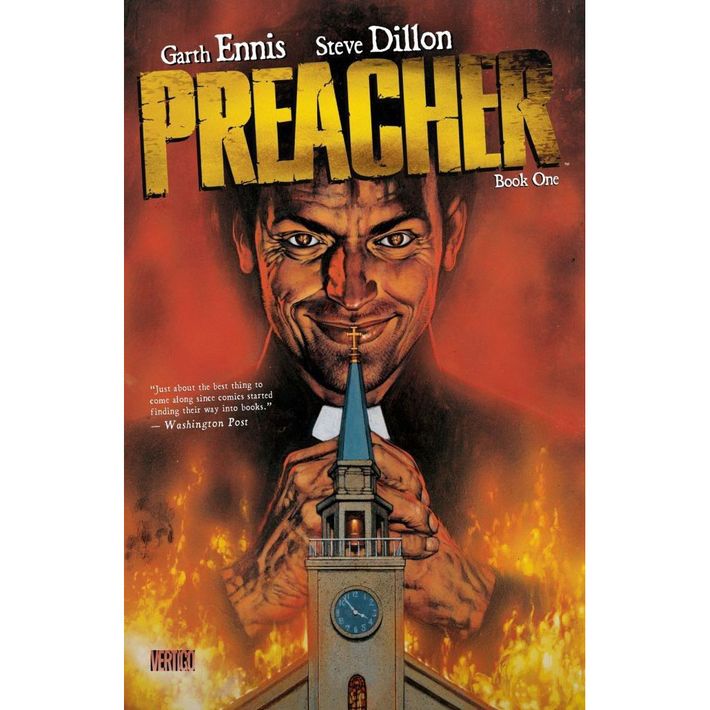 Even though the title character of Preacher has the superhuman ability to make people do whatever he tells them to do, the famed series (recently adapted into a TV show co-run by Seth Rogen) is more like black-hearted magical realism than superhero fiction. As hard-bitten ex-preacher Jesse Custer, his ex-girlfriend Tulip, and their vampiric companion Cassidy wander the world in search of an absent God, you’ll find one of comics’ great pulp masterpieces.

THE FEED
23 mins ago
what we know
what we know
U.S. Shoots Down China’s Balloon: Updates
By Chas Danner
“We’re gonna take care of it” President Biden told reporters earlier Saturday.
8:00 a.m.
early and often
early and often
Has Pete Buttigieg’s Dream Job Turned Into a Nightmare?
By Ed Kilgore
It turns out Transportation secretary won’t be a quick and easy layover on the way to higher office for Mayor Pete.
2/4/2023
early and often
early and often
The Democrat Who Could Take Down Kyrsten Sinema
By Ben Jacobs
Ruben Gallego will try to fulfill the left’s dreams by challenging Arizona’s newly independent U.S. senator.