Thanks to testimony this week from representatives of Twitter, Facebook, and Google to the Senate Judiciary Committee over what the heck happened online during the 2016 election, House Democrats on the Intelligence Committee released the ads Russia purchased and ran during and after the election. The subject of the ads range from pro-Trump and Clinton-hating spots — Satan arm wrestling with Jesus who is determined to keep him, and Hillary Clinton, from winning — to anti-Muslim rhetoric, to ads targeted at people involved in the Black Lives Matter movement.

Perhaps more interesting than the imagery — a half-dressed cartoon Bernie Sanders with six-pack abs — in the ads themselves is the metadata the committee also released. In those figures, you can see exactly whom Russia was trying to reach with each ad in its disinformation campaign and how much it spent to get the ads in front of their eyes. Approximately 300 million eyes (that’s, I’ll do the math for you, 150 million people). Facebook announced earlier this week that Kremlin-sponsored content reached an approximate 150 million Americans during the course of the election. You can see all of the ads and data here and here, but we’ve collated a handful below to give you an overall sense of what Russia was working with. 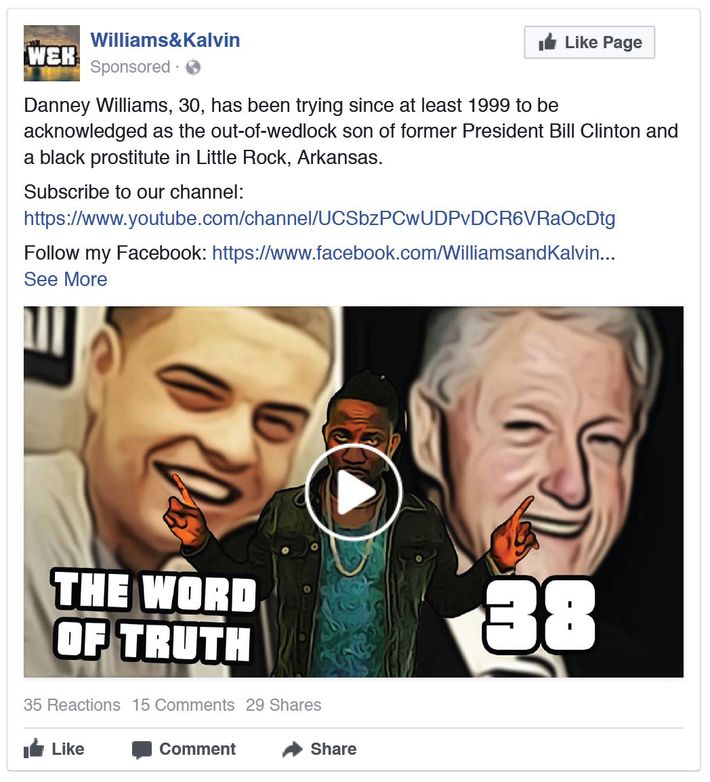 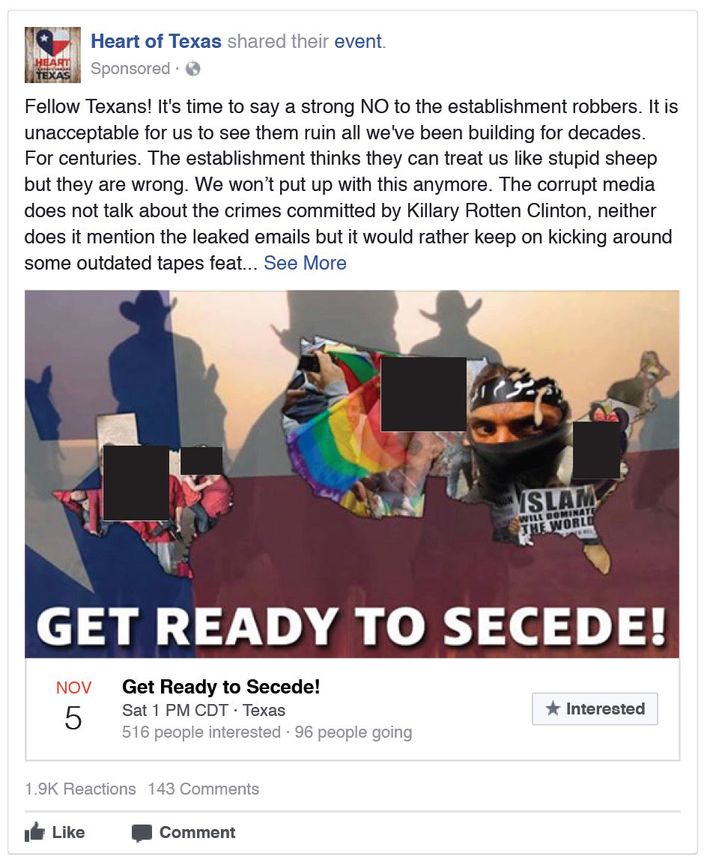 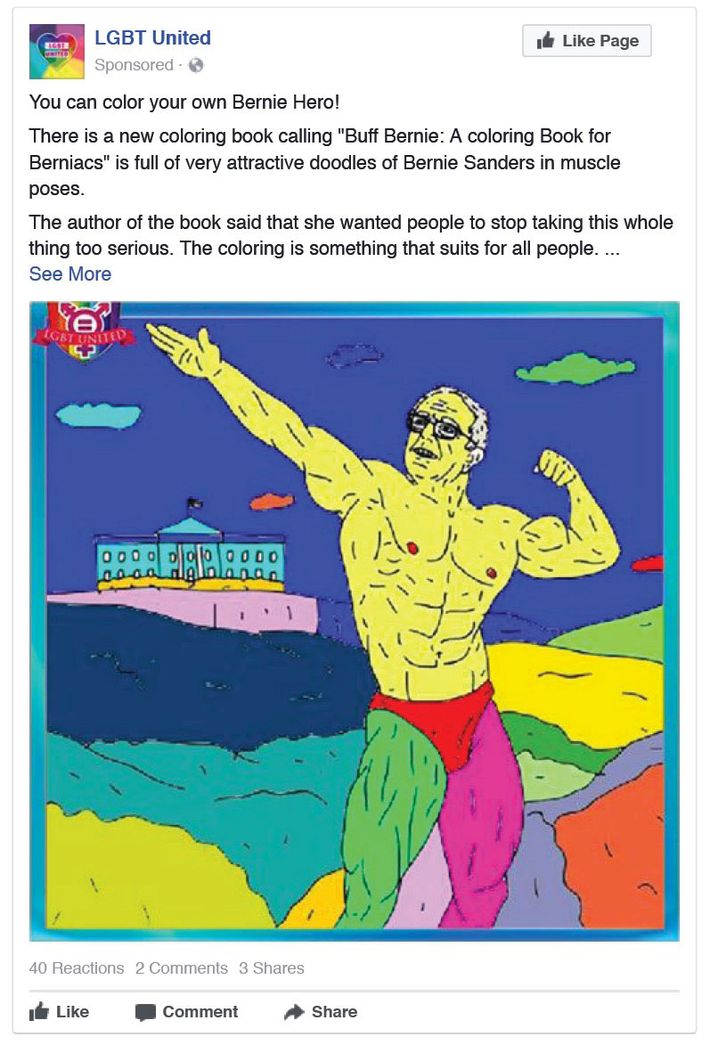 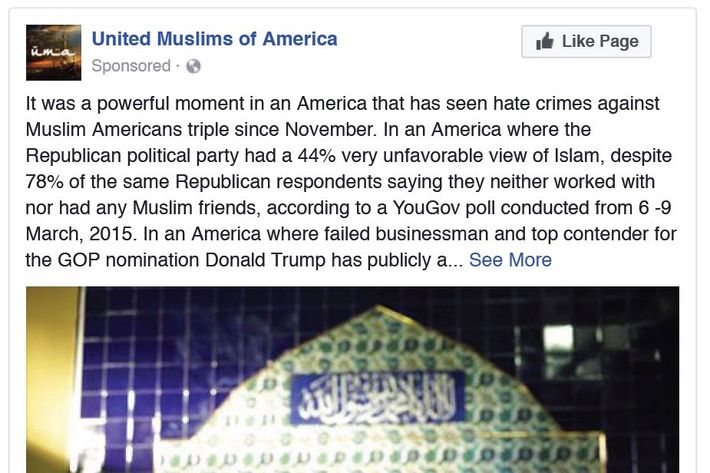 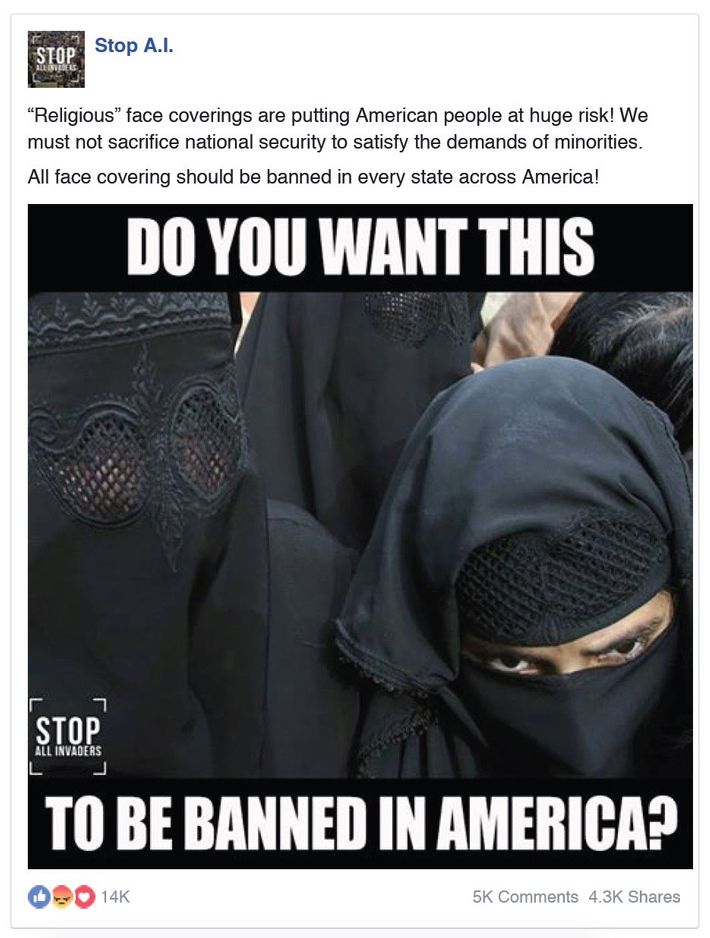 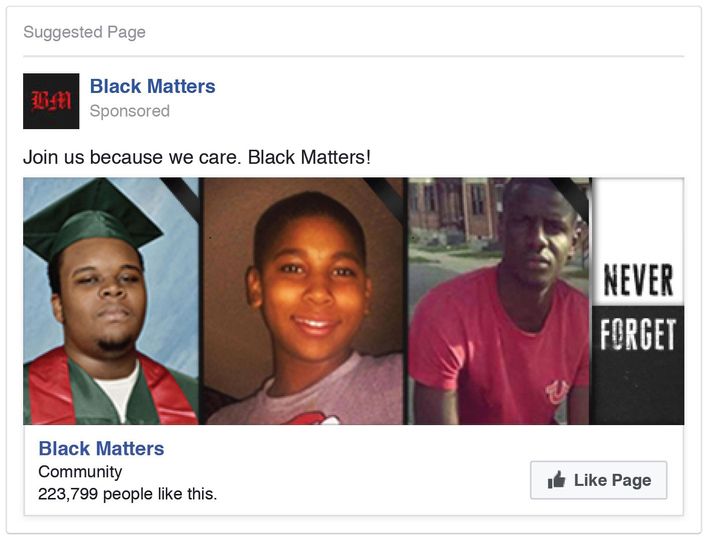 House Democrats also released a list of Russia-sponsored Twitter bots used during the 2016 election. You can see that here.