Today, for a brief moment in time, the U.S. Department of Defense joined the #Resistance. First noticed by journalist Paul Szoldra, the DoD’s official Twitter account retweeted a tweet that attacked the GOP’s stances on sexual assault and called for the resignation of Donald Trump, Al Franken, and Roy Moore.

“The solution is simple … Roy Moore: Step down from the race. Al Franken: Resign from congress. Donald Trump: Resign from the presidency. GOP: Stop making sexual assault a partisan issue. It’s a crime as is your hypocrisy.” 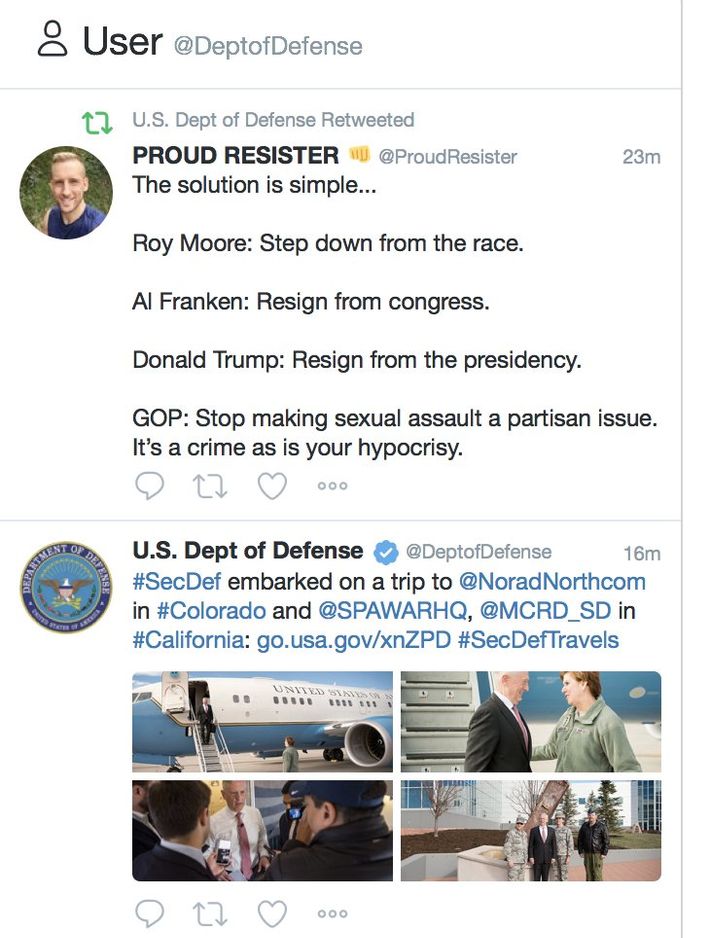 Though the official DoD explanation for the retweet is that it was made in “error” by an unnamed “authorized operator of the @DeptofDefense’s official Twitter site,” it’s pretty obvious what the real story is here:

DoD … welcome to the resistance.