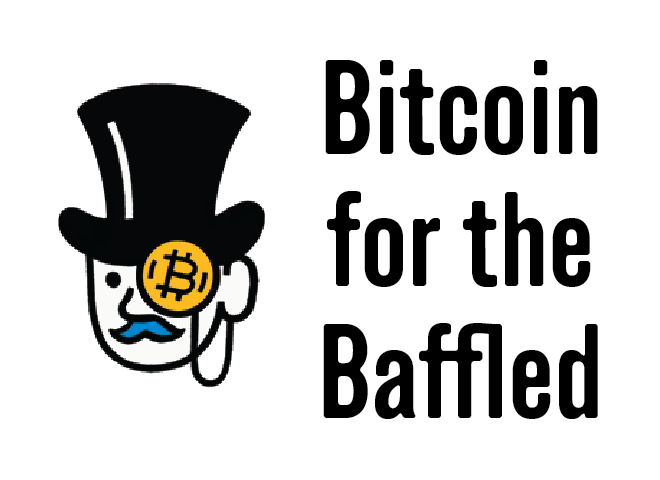 As bitcoin hits record valuation after record valuation — and stress-inducing drop after heart-palpitating drop — one question is on everyone’s minds. (Well, one question besides “How can I make money off of this?”) That question being: How the hell did we get here? Below, a mostly comprehensive timeline of bitcoin’s highs and lows — from the infamous 10,000-bitcoin pizza delivery of 2010 to the pre-Christmas roller-coaster ride.

Do You Really Know What Bitcoin Is?
6 People on How They Spent Their Bitcoin Fortunes

January 3: The first 50 bitcoins are mined by Satoshi Nakamoto, the pseudonymous inventor of bitcoin. (For more on mining and Nakamoto, see our guide for the confused.)

October 5: The first U.S.–bitcoin exchange rate is published by New Liberty Standard, the first bitcoin exchange site. For one dollar, you can buy 1,309.03 bitcoins. Or, to buy one bitcoin, you need 0.076 of a penny.

May 22: Two pizzas arrive at Laszlo Hanyecz’s doorstep in Jacksonville, Florida, marking the first known purchase of tangible items with the cryptocurrency. The pair of pies — valued at $25 — set Lazlo back 10,000 bitcoins. This amounts to the first concrete valuation; the price of one bitcoin is worth approximately $0.0025. (The 10,000 bitcoins spent on that pizza would be worth about $150 million at today’s exchange rate.)

July 18: Bitcoin surpasses one penny. The price surge — to $0.08 — comes in the wake of a featured story on Slashdot.com, a popular news and technology website. That’s a tenfold increase in just five days, and bitcoin’s first media splash — but a protocol bug the following month stunts momentum through the end of October.

November 11: Bitcoin capults to 36 cents. That’s a 200 percent increase in just five days. This price run-up coincides with popular podcast FreeTalkLive’s episode on digital currencies. Bitcoin stays around that price through the end of January.

February 9: Bitcoin crosses the one-dollar barrier, a 1,000 percent rise in six months. The first angel investors start to purchase bitcoin. Among them is Roger Ver, who made his inaugural $25,000 bitcoin purchase as the price arched toward, and then eclipsed, the dollar mark. The knock-on effect would garner more attention through the spring, as prominent economists (and enthusiastic YouTubers) shepherd the cryptocurrency into the mainstream.

June 9: The price spikes to $31 per bitcoin after a Gawker exposé on darknet drug-market Silk Road goes viral in early June. That’s a 6 percent increase from its January price.

June 19: A raid of Mount Gox, at that point the leading online bitcoin exchange, prompts a temporary free fall: The dollar value plunges to $0.01 per bitcoin before a swift, partial recovery to $15 moments later. This flash crash begets the first major deflation spiral for bitcoin, as investors, spooked by ongoing security breaches, price volatility, and criminal activity, dial down exposure. Bitcoin’s rate of exchange recedes for almost two years.

April 1: After nearly two years of inertia, bitcoin hits $100 for the first time on April Fools’ Day and then booms — doubling to more than $200 apiece in the span of a week. The catalyst is the Cyprus banking crisis and, specifically, President Nicos Anastasiades’s proposal to tax every single bank account in the country. Panicked Cypriots take to Bitcoin en masse, driving up its price and publicity.

April 11: Bitcoin goes from $200 apiece one day to just $67 the next morning as a flash panic sell-off roils the market. Mount Gox, still the leading bitcoin exchange, waves off the event as a technical glitch. The price rises back to pre-rally levels by the end of the week.

November 29: Bitcoin soars past the $1,000 mark, near doubling in value in the span of a week. The frenzied buying appears to be propelled by Chinese investors, who, it’s assumed, want to move their money into untraceable accounts. Bitcoin peaks at $1,216.70 by the end of the month. The price won’t break $1,000 again for three years.

April 1: After a steady climb through late 2016, bitcoin sprints into the new year, rises above $1,000 yet again on January 1. On April Fools’ Day, Japan legalizes bitcoin as a method of payment, sending its value even higher. Wall Street behemoths stake a growing share of their wealth — and reputation — on the cryptocurrency market. “Ten percent of my net worth is in this space,” said Michael Novogratz at a Harvard Business School Club forum on April 19, “best investment of my life.” The former Goldman Sachs partner (and billionaire) went on to say that bitcoin will go to $2,000. Bitcoin gathers more and more momentum through May, soaring north of $3,000 by mid-June.

June 15: Bitcoin briefly crashes by 19% overnight, just days after breaking past the $3,000 milestone. By mid-July analysts at Morgan Stanley say that “Bitcoin acceptance is virtually zero and shrinking,” and the price plummets to a 49-day low, diving below $2000. Bulls go with a wait-and-see approach. It works: Bitcoin is worth $5000 come early September.

November 28: Bitcoin blasts past $10,000 mark. Hours later the price tops $11,000 and keeps powering higher. The meteoric rise gets a shrug from investors, and stays within range of its peak valuation past the Thanksgiving holiday weekend. The main price-drivers are new main-street investors: Bitcoin adoption has skyrocketed among average Joes in Japan and Korea over the past several months, the Times’ Nathaniel Popper finds. Around 100,000 new accounts open on Coinbase, the leading bitcoin exchange, within days of Thanksgiving holiday.

December 17: Satoshi Nakamoto’s unit of decentralized exchange explodes to a gut-punching all-time high of $19,783 per bitcoin, one week after bitcoin futures made their debut on the Chicago Board Options Exchange. The good feeling doesn’t last long: Suspicious trading preceding the Coinbase debut of the bitcoin spinoff, Bitcoin Cash, a few days later leads to a major sell-off, and on December 22, bitcoin drops below $13,000. The market rallies back up to a more sober $15,000 per bitcoin over Christmas weekend.

+Comments Leave a Comment
How Bitcoin Got Here: A Mostly Complete Timeline

THE FEED
1:44 p.m.
stop the presses
stop the presses
The New York Times Newsroom Gets Ready to Walk Out
By Shawn McCreesh
It’s a frosty winter for the media business.
12:31 p.m.
the national interest
the national interest
Kanye’s Willing Republican Partners
By Jonathan Chait
First they ignore the extremists. Then they quietly accept them.
9:57 a.m.
politics
politics
Not Even Alex Jones Can Help Kanye West
By Nia Prater
The Infowars host kept trying to let him denounce Nazis, but he doubled down on his admiration of Hitler.

9:00 a.m.
games
games
The U.S. Can Absolutely Beat the Netherlands on Saturday
By Will Leitch
Your guide to this weekend’s very big, very winnable game.
8:00 a.m.
the group portrait
the group portrait
Elon Musk’s Former Employees Pour One Out for Twitter
By James D. Walsh
In New York, they gathered at a favorite post-work bar. They commiserated, gossiped, swapped numbers, and promised to keep in touch.
8:00 a.m.
the law
the law
Why Hasn’t Sam Bankman-Fried Been Arrested Yet?
By Ankush Khardori
Bernie Madoff was arrested in a matter of days after his fraud came to light, but SBF is still a free man. What gives?
12/1/2022
mar-a-lago raid
mar-a-lago raid
Appeals Court Smacks Down Judge Who Ruled for Trump Over FBI
By Chas Danner
The 11th Circuit Court of Appeals excoriated U.S. District Judge Aileen M. Cannon’s interference in the Mar-a-Lago raid investigation.
12/1/2022
2022 midterms
2022 midterms
Why Did Democrats Get the Late Breaks in the Midterms?
By Ed Kilgore
A lot of the shock and awe over the midterm results was the product of an expectation of a late Republican surge that didn’t happen.
12/1/2022
2022 midterms
2022 midterms
Another Former Lover Accuses Herschel Walker of Misconduct
By Ed Kilgore
Many women have painted a portrait of Walker as an unstable and violence-prone man possibly suffering from untreated mental illness.
12/1/2022
early and often
early and often
Democrats Should Worry About Signs of Lower Black Turnout
By Ed Kilgore
Even in states where Black candidates headed up Democratic tickets, turnout was down. Democrats need to figure out why that happened.
12/1/2022
the money game
the money game
Why The Economy Is Starting To Feel Good All Of A Sudden
By Kevin T. Dugan
The Federal Reserve looks ready to ease up on throttling the economy. Have we averted disaster?
12/1/2022
sbf: the virtue was the con
sbf: the virtue was the con
What Does Sam Bankman-Fried Have to Say for Himself?
By Jen Wieczner
An interview with the disgraced CEO.
11/30/2022
early and often
early and often
The Many Ways MAGA Republicans Threaten Kevin McCarthy
By Ed Kilgore
The House Freedom Caucus and its MAGA allies want power over their party’s House caucus. But above all, they want scorched earth between the parties.
11/30/2022
royal family
royal family
It’s Another Chapter of Racism and the Royal Family
By Benjamin Hart
A royal aide allegedly asked a British guest at Buckingham Palace what part of Africa she was from.
11/30/2022
early and often
early and often
Trump Was Tricked Into Dining With Too Many Antisemites
By Margaret Hartmann
The poor guy didn’t know about Nick Fuentes, he just wanted to hang with Kanye West — who repeatedly attacked his Jewish son-in-law, Jared Kushner.
11/30/2022
all the live long day
all the live long day
Why America’s Railroads Refuse to Give Their Workers Paid Leave
By Eric Levitz
Wall Street’s new robber barons can’t make the trains run on time.
11/30/2022
early and often
early and often
Herschel Walker Can’t Shake His Texas Residency Problem
By Ed Kilgore
The GOP Senate candidate is being hit with renewed questions about his residency, which underscore claims that his heroic image in Georgia is hollow.
11/30/2022
politics
politics
Hakeem Jeffries Elected As Next Leader of House Democrats
By Nia Prater
The 52-year-old congressman will become the first Black person to lead a congressional party.
11/30/2022
the inside game
the inside game
One of Democrats’ Biggest Draws This Year? Dave Matthews.
By Gabriel Debenedetti
Jamming out the white suburban Gen-X vote.
11/30/2022
world cup
world cup
Pulisic Says He’ll Return From Very Painful-Sounding Injury
By Benjamin Hart
“Pelvic” and “contusion” are two words you never want to see together.
11/30/2022
screen time
screen time
Why Elon Musk Is Picking a Fight With Apple
By John Herrman
He speaks of a civilizational battle. But he probably sees a potential business advantage.
11/29/2022
politics
politics
What a Difference 10 Years Makes: The Senate Votes to Protect Same-Sex Marriage
By Nia Prater
The legislation received support from several Republican senators, including Mitt Romney, who once openly opposed same-sex marriage.
11/29/2022
games
games
The U.S. Pulled It Off
By Will Leitch
They survived a tense second half and an injury to their best player to beat Iran.
11/29/2022
early and often
early and often
Republicans: Leave the World’s Richest Man Alone!
By Margaret Hartmann
Ron DeSantis and Kevin McCarthy want everyone to “stop picking on Elon Musk.” They’ve barely said anything about Trump dining with antisemites.
11/29/2022
politics
politics
Eric Adams Says His Upcoming Trip to Qatar Is ‘On My Dime’
By Nia Prater
The mayor is set to travel to Doha, Qatar, in preparation for New York City to serve as a host city for the 2026 FIFA World Cup.