New York City as you’ve never seen it before — from directly overhead. 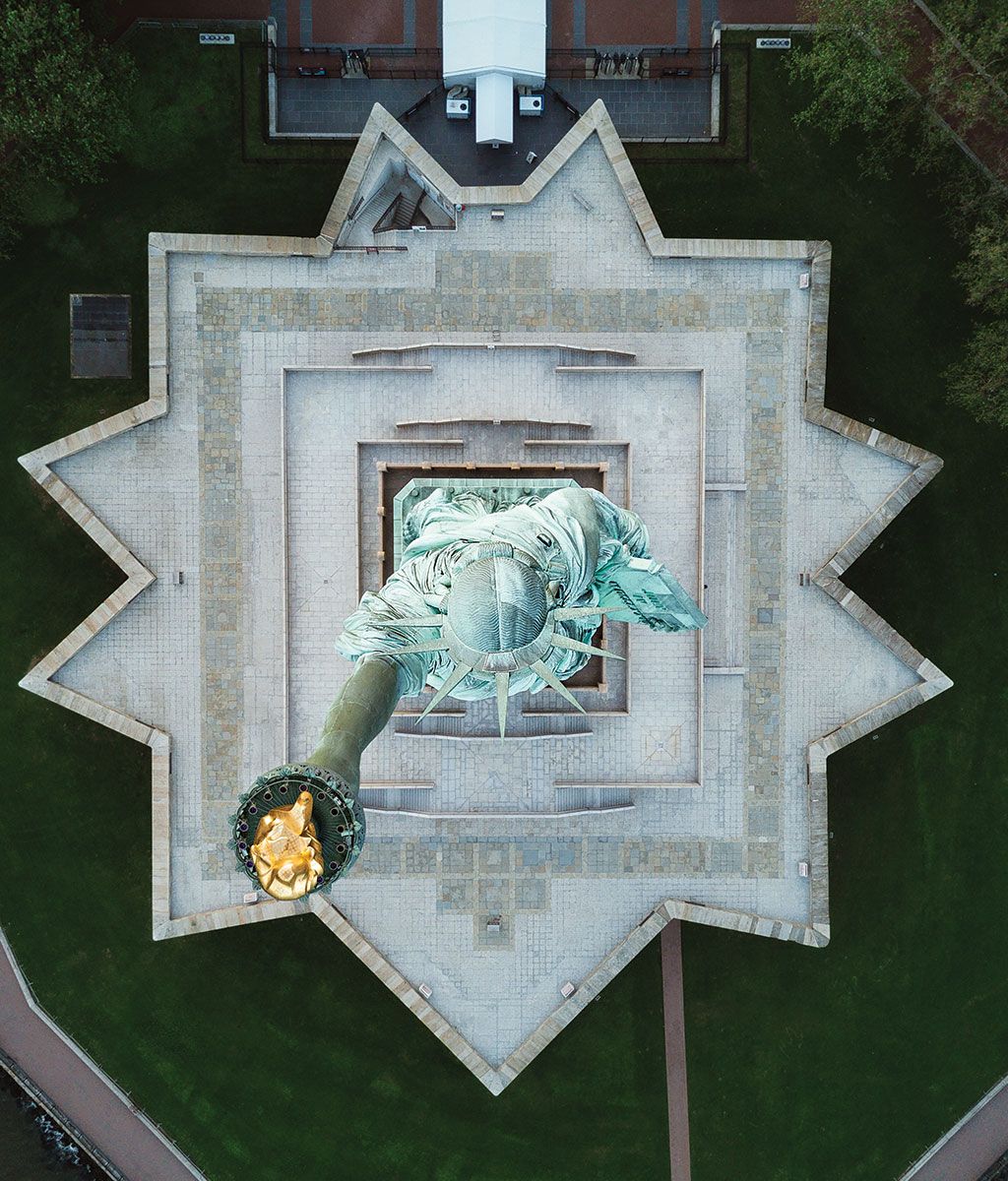 We first got to know Humza Deas three years ago, when he was a 17-year-old self-taught photographer taking the sorts of thrilling pictures of the city, often from places he wasn’t technically supposed to be, which someone who is maybe no longer a teenager would probably not attempt. One of them ended up on the cover of our 2014 Reasons to Love New York issue, of his legs dangling awesomely (or terrifyingly, if you’ve got a touch of vertigo) over the streets. More recently, he’s been experimenting with taking photos with a drone, letting us again see our familiar city in all-new ways. We loved them, and asked him to shoot some of them just for us.

New York City, From the Air

*A version of this article appears in the December 11, 2017, issue of New York Magazine.

+Comments Leave a Comment
A Drone’s Eye View of New York
THE FEED
8:00 a.m.
early and often
early and often
Trump Faces Another Round of Humiliation in Georgia
By Ed Kilgore
Trump hoped to get his revenge in Tuesday’s primary. Instead, his pick for governor, David Purdue, is sure to lose, and his other prospects look iffy.
5/20/2022
early and often
early and often
Trump Is Upset That Android Hasn’t Approved His Nonexistent App
By Margaret Hartmann
He’s wondered, “Is Google trying to f- - - me?” Maybe, but the more immediate issue is his own company hasn’t submitted an app for Android.
5/20/2022
health
health
What the World Needed Now Was a Monkeypox Outbreak
By Benjamin Hart
Experts say the risk of serious spread is low. Let’s hope they’re right this time.