It is perfectly fine for elected officials to pass a bill the public hates, even if we don’t have any examples of Congress passing a major bill as hated as the tax cuts President Trump celebrated yesterday. But having done the deed, Republicans have now set out to convince themselves — or other Republicans, or the public, or somebody — that the tax cuts will somehow become popular. “When it gets in place, when people see their paychecks get bigger in February … that is going to change its popularity, I am convinced,” professes Paul Ryan. “If we can’t sell this to the American people we ought to go into another line of work,” said Mitch McConnell. “I think it’s a little easier to sell that you have more money in your pocket than the government running the health-care system.”

He might think that. And it would make sense that a bill jacking up the deficit by $1.5 trillion would make people happier than a bill that paid for every dime of new spending. But it isn’t true. Support for Obamacare hovered around 40 percent when the law was approved, some ten points higher than that for the Trump tax cuts. 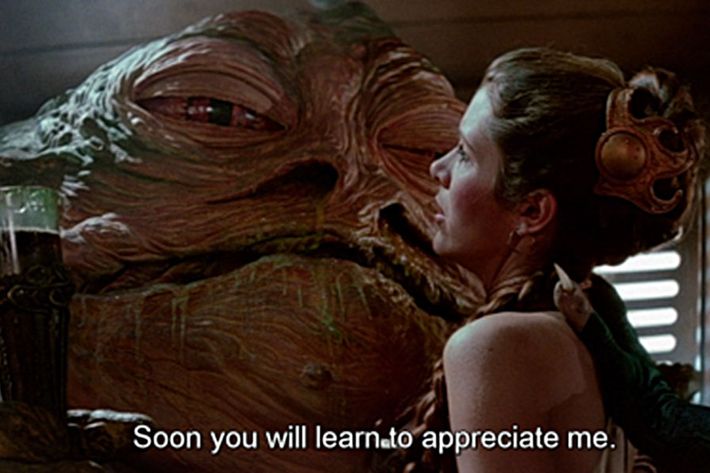 Yet, buoyed by the optimism that mere confusion accounts for the public’s deep antipathy for their work, conservatives envision a campaign of proselytization to spread the Good News. Ivanka Trump says she looks forward to “traveling in April when people realize the effect this has.” The Koch Brothers, who have already spent $20 million to promote the tax cuts, believe more spending will do the trick. Their “full-scale nationwide education campaign” reportedly involves “town hall events, seminars, workshops, phone banking, and door knocking.”

Door-knocking! Everything will turn around when Americans come face-to-face on their doorstep with a Koch Brothers representative keen to gauge their interest in a large corporate tax cut or, failing that, perhaps some expensive but exquisitely hideous shirts that can be worn in the boardroom, or in the discoteca, or in a nightclub, or on a yacht.

Republicans are right that some of the opposition to their plan arises from confusion. Early versions of the proposals in Congress would have paid for corporate tax cuts by increasing taxes on huge numbers of Americans. The final version doesn’t pay for the cuts, but instead uses gimmicks to hide or delay the costs. Some opponents of the tax cuts may change their minds when they learn they will not have to pay for the corporate tax cuts right away.

But public opinion does not usually follow the dollars and cents so closely. In 2009, Democrats passed a tax cut that, while smaller in total size, gave most Americans a far bigger tax reduction than the Trump tax cuts would. A poll in February 2010 found just 12 percent of the public believed they had gotten a tax cut, versus twice as many who thought they had gotten a tax hike, and more than half who believed they had seen no change. Another poll in November of that year yielded even more grim results. Only 9 percent said they received a tax cut, while 39 percent reported a tax increase. Keep in mind, there had been no tax increases on anybody.

There is “NO history of voters being grateful for cuts that small; history suggests most taxpayers don’t even recognize receiving a cut that small,” Democratic pollster Geoff Garin tells John Harwood.

The Republican self-delusion reflects a deep obliviousness to the suspicions with which the public regards them. Many Americans will vote for Republicans, but the obstacle to doing so is the belief that the party only represents business and the rich. Rather than taking steps to counteract this ingrained belief, Republicans have vindicated it in spades throughout the Trump presidency.

Republicans complain bitterly about the media coverage of their plan. Here they have a point, of sorts. News coverage has been generally clear about the undeniable fact that their plan overwhelmingly benefits the affluent. In the past, Republicans have succeeded in bullying the news media into treating this provable truth as an unimportant, contested partisan accusation. I spent some time perusing stories about the last major tax cut, which was signed in 2003, and which benefited the rich almost exclusively.

New York Times news stories focused mainly on Republican claims that the law would produce a fantastic new era of growth and job creation. (Whoops.) The stories about the tax cut passing the House and the Senate made no mention at all of its skewed distribution. News accounts that did usually made cursory mentions, like this typical account treating the distribution of the tax cut as a partisan attack, mentioning “vociferous objections from most Democrats, who said it favored the wealthy over lower-income people.”

It is hard to say why the tenor of news coverage has changed, but it has. Possibly Trump’s habit of uttering wildly obvious lies about absolutely everything pushed the system to the breaking point, where the news media lost its inhibition about stating bald facts even when one of the parties denies them. In any case, the news coverage truly has a different tenor now. The public understands full well that the Trump tax cuts largely benefit rich people, including Trump himself, the president’s denials notwithstanding. People don’t oppose this law because they’re confused. They oppose it because they understand whom it’s designed to benefit.