This is not a new or particularly original observation, but bitcoin true believers are weird. Because bitcoin and other cryptocurrencies are, for some, tied into deeper beliefs about a less-regulated, more free-flowing world, even during the last 30 days, in which bitcoin has lost around 70 percent of its value, there is an ideological fervor in the concept of “hodling.”

Which makes the r/bitcoin subreddit a particularly fun place to be over the last few days. It’s like getting a front-row seat to Dutch tulip mania, except if some people who had bought tulip contracts also really believed that one day tulips could and should replace the fire department, the public-school system, and democracy itself. 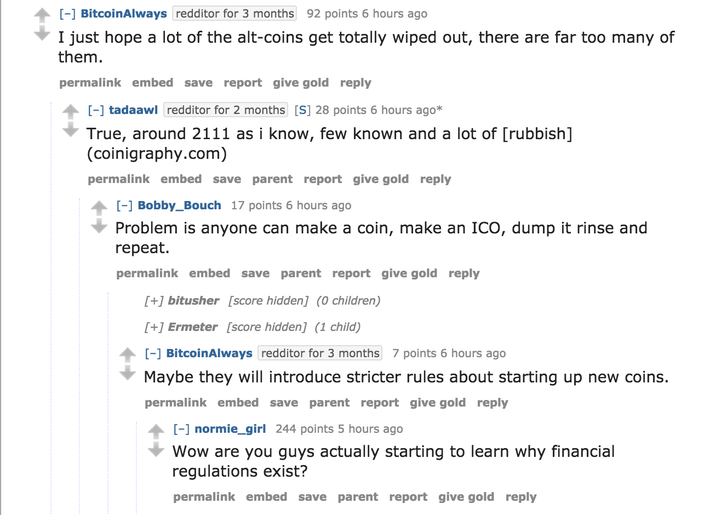 If you want a real Venn diagram of people who strongly believe in bitcoin and post often to Reddit, you have this:

There’s this moment, in response to a Paul Krugman tweet in which he admits to “cryptofreude,” or enjoying watching the bitcoin bubble pop: 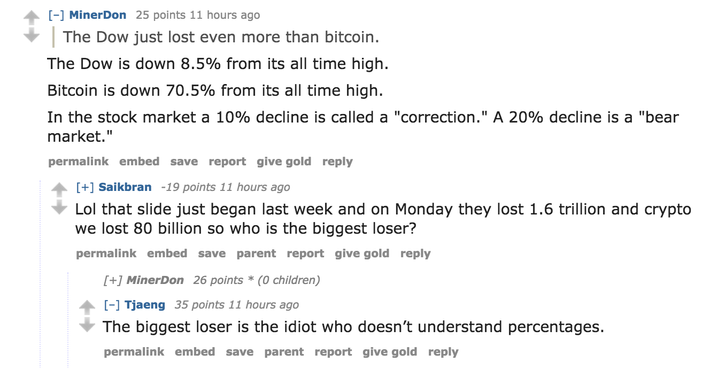 For those who don’t want to dig through self-delusion and desperation, there’s also the subreddit r/buttcoin, which collects the best moments of Schadenfreude as cryptocurrencies continue to crash.

Of course, while I was writing this, bitcoin regained about $1,500 of value and is currently trading at around $7,800, so maybe a bull run on bitcoin is about to start. Buy now while it’s still low! Sell everything you own, if you have to. You can always buy it all back in bitcoin.