Multiple reports have indicated that President Trump and his allies fear that Michael Cohen may cooperate with federal investigators. But nothing has indicated this quite as directly as the latest cover of the National Enquirer. The tabloid weekly is not merely friendly to Trump but operated on his personal behalf. Its latest cover accuses Cohen of “Secrets & Lies,” a charge it would be hard to imagine a Trumpist organ orchestrating against a close Trump ally unless it had strong reason to suspect he was turning against his patron.

The danger Cohen poses as a witness to Trump is vast, but at least some of the elements are well known. He has played an integral role paying off women who have sexual relations with Trump, at least one of whom claims to have been threatened. The Steele dossier named Cohen as a point of contact with Russian intelligence in 2016, and while Cohen has denied the visit in question, one report claims that Robert Mueller has investigated and discredited his denial. Cohen is likewise involved with at least some of Trump’s business dealings in Russia. There may be more to come, but the publicly available evidence of Cohen’s involvement in criminality with Trump is extensive.

What is less well-known is the scale of legal jeopardy Cohen faces independent of Trump. Numerous reports have mentioned Cohen’s work in the taxi industry, without specifying just what he did there that could put him at risk. A deep-dive report earlier this month by Ilya Marritz and Andrea Bernstein fills out a lot of gaps in the picture. Their story makes it plain that he has surrounded himself at every stage of his life with mentors and colleagues who have criminal records. Cohen is not, as I assumed before reading the story, an unethical lawyer who enjoys acting like a goon. He is (almost certainly) a crook who happens to have a law degree. 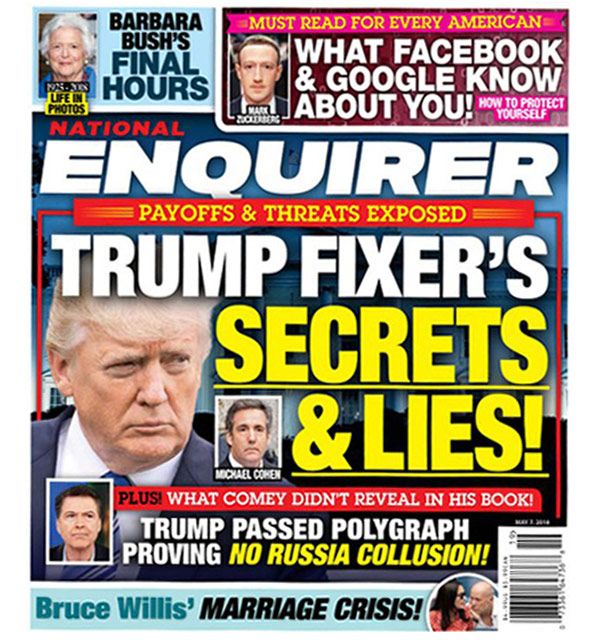 Cohen’s first job out of law school was working for a lawyer who was “charged with bribing insurance adjusters to inflate damage estimates and expedite claims.” Another mentor of his, his father-in-law, was in the taxi business and pleaded guilty to tax fraud. Cohen’s listed business address was the headquarters for a violent Russian-American mobster. Cohen had multiple other business associations with criminals. Marritz and Bernstein do not establish every caper Cohen may have pulled, but they hint at many of them. For instance:

Starting around 2000, Cohen was involved in scores of car insurance lawsuits, often on behalf of plaintiffs who claimed to have been injured in auto collisions and were seeking judgments to cover purported medical expenses.

At this time, a wave of staged auto accidents, involving immigrants from the former Soviet Union who claimed to have been hurt, had led prosecutors to open a massive investigation. They dubbed it Operation Boris, an acronym for Big Organized Russian Insurance Scam.

Cohen drew close to Trump because he started using his (almost certainly ill-gotten) wealth to buy real estate in Trump Tower, a favored investment vehicle for many criminal figures. What adds an extra layer of danger to Trump is that the alleged crimes with which Cohen could be charged are all state crimes. That is important because Trump can only pardon people for federal crimes. New York’s state attorney general Eric Schneiderman is partnering with Robert Mueller, and seemingly has the capacity to credibly threaten Cohen with a very long prison sentence for a potentially very long list of offenses spanning the rest of his life.

In that case, the best defense Trump has left is to discredit Cohen altogether, and make the case that he is fabricating evidence against the president to save his own skin. In other words, the narrative we see in the National Enquirer is an indication that Trump is seriously desperate. Discrediting Cohen is a break-glass-in-case-of-emergency move that makes no sense unless Cohen has already flipped.