In Donald Trump’s final campaign ad, the GOP nominee informed America that “those who control the levers of power in Washington” do not “have your good in mind,” as a sign reading Wall St. flickered across the screen. Moments later, the chief executive of Goldman Sachs appeared, cast as an embodiment of the global elite that has “robbed our working class.”

In the first quarter of 2018, President Trump’s signature legislative achievement made America’s four biggest banks $2.3 billion richer, according to a new analysis from The Wall Street Journal.

Last fall, Trump made an “explicit commitment that tax reform will protect low-income and middle-income households, not the wealthy and well-connected. They can call me all they want; I’m doing the right thing.” In February, House Speaker Paul Ryan boasted that his party’s tax law had given a “secretary at a public high school in Lancaster, PA” an extra “$1.50 a week” — a windfall that would “more than cover her Costco membership for the year.”

And as if Costco cards weren’t enough, corporations are letting a portion of their tax breaks trickle down — albeit a radically smaller portion than Republicans had promised. 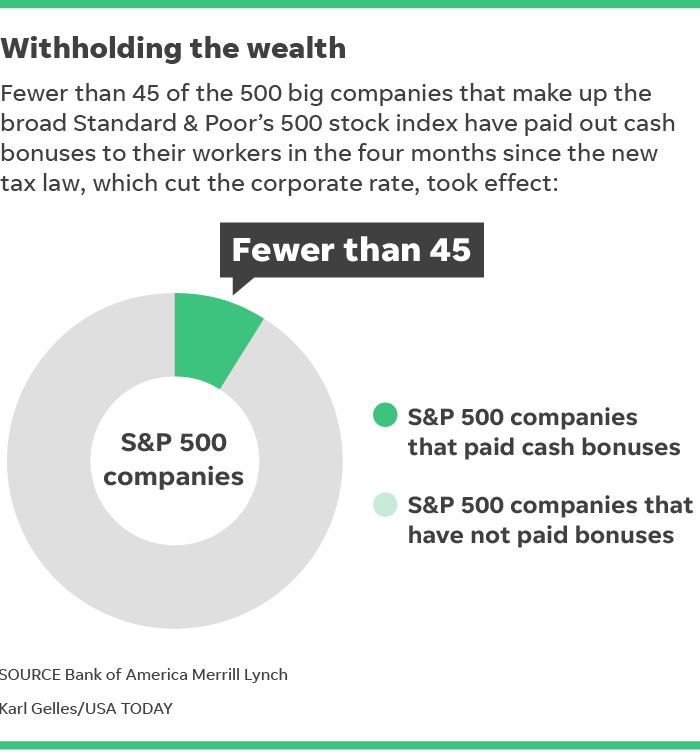 Now, the CBO predicts that the Trump tax cuts will add $1.85 trillion to the deficit over the next decade — and Ryan is calling for Draconian cuts to Social Security and Medicare, while the White House makes it easier for states to deny health-insurance coverage to the working poor, all for the sake of fiscal responsibility.

Can you believe this law isn’t popular?

+Comments Leave a Comment
The 4 Biggest Banks Made $2.3 Billion Off Trump’s Tax Cuts