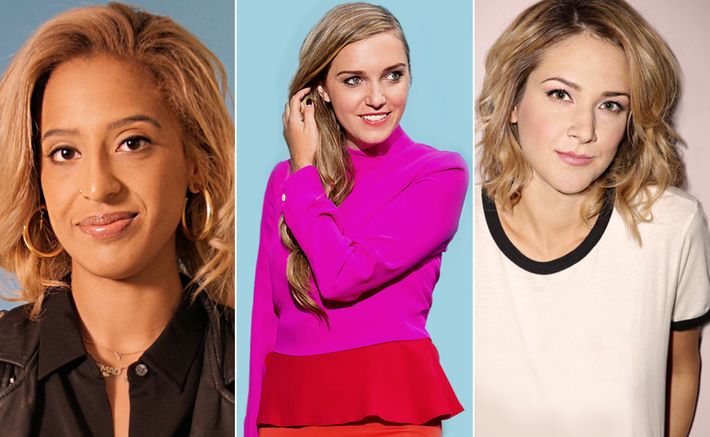 At this year’s Tribeca Film Festival, the Nespresso Talents competition – which calls filmmakers to create original, vertical-format videos – is themed around “the difference she makes.” Inspired by that platform, we recruited three women who are making waves in their respective creative fields to take us behind the scenes at the festival. On April 20, 23, and 25, you can follow all the action via New York magazine’s Instagram Stories. Make sure to follow @nymag for the exclusive live coverage, and get to know our three on-the-ground hosts below. 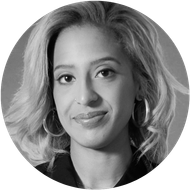 Tune in to Utendahl’s live coverage of the Nespresso Talents screening event, held at the Crosby Street Hotel, on the evening of April 20.

Tell us about what you do.
I am head of content and social at Museum of Ice Cream. It’s so exciting to be part of something that is moving culture and pushing boundaries and to be part of a female-led founding team that’s paving their own path. Prior to MOIC, I worked for two highly innovative media and entertainment companies. Both were incredible learning experiences in the art of storytelling.

How has the world of film impacted you?
Film has been one of the greatest influences of my life. Whether it’s being introduced to documentary filmmaking in a completely new way or watching formative favorites on repeat, I’m perpetually in awe of the narrative power of film and its ability to transport you to a world that is not your own.

In light of this year’s Nespresso Talents focus, what kind of a difference are you looking to make, yourself?
If I can make one impression in the world, it is to remind women, especially women of color, that there is room for them at the table. As women, we are our best allies. I’m inspired by the energy of women in film, who have been invigorated to step up and vocalize their opinions and beliefs. The power of sisterhood and the importance of women supporting women is pervasive and contagious in the best way.

As women, we are our best allies.

What are you most looking forward to at Tribeca?
I have been going to TFF for years! My favorite part is chatting with other film-goers about their festival highlights, favorite films, and what they’ll go back and tell their friends and family about. 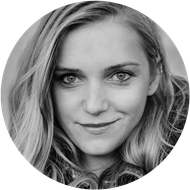 Catch McDowell in conversation with Katie Rodgers (@paperfashion) in the Nespresso Green Room on April 23.

Tell us about what you do.
After working in the creative industry for over a decade, I’ve made the leap to working for myself as a director and founding my own studio, See Me Creative. It’s been incredible working directly with brands to make content that tells their story.

Give us some insight into your love of film.
I love how film can transport you, through the feelings it conjures, to another place or time — there’s a wonderful ability to create connection through emotion. At the core of the human experience, there’s not much that separates us, and film makes us feel that.

Who is a woman who has made a difference in your work?
My college journalism professor, Lorraine Adams, taught me how to tell stories – how to see and describe the details while communicating them in a way that makes them visceral. She’s an incredibly strong woman who won a Pulitzer Prize for Investigative Reporting, and I saw within her work the power of truth.

What’s inspiring to you right now in the world of women?
There’s an amazing sense of community right now among women, and being able to be seen and have a voice feels very empowering. I love working with all-female crews — within film, it’s especially important to demystify the ideology of who can operate cameras, lights, et cetera.

What are you looking forward to at Tribeca Film Festival?
I’ve been once before, in college — in a much different capacity — so it’ll be incredible to experience now as a director. I’m excited to see the Tribeca Talk director series featuring female directors. Seeing women succeeding in this position makes everything feel possible. 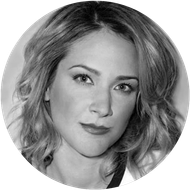 Watch our Stories on April 25 for all of Conti’s coverage from the Nespresso Lounge at Spring Studios.

Tell us about what you do.
I’m a writer, host, producer, comedian, actor, singer, dating expert, and chef. I’m working on a jukebox musical premiering at the Hollywood Fringe Festival in June; and a book, 20 Guys You Date in Your 20s. I went on 10,000 hours of dates in my twenties and wrote a guidebook on what I learned, and I’m working on a podcast to go with it. I also host a weekly show on Facebook, “Asking for A Friend,” where my audience asks me anything and I get the answers.

Tell us about your relationship with film.
My high school Film Analysis and Criticism class was the first time I understood what makes a good movie. Then, in college, I had the incredible opportunity to fly to L.A. to cover the Oscars, and my love of cinema has flourished ever since. I love relatable movies. I love how you can feel so alone about something and realize you’re not alone when you see a character struggle with it in a movie or TV show.

I love how you can realize you’re not alone when you see a character struggle with [the same thing as you] in a movie.

Are there women who’ve made a big impact on your work?
My mother taught me what it takes to get something done. She was one of the few female producers at one of the world’s top advertising agencies before I was born, and co-founded a production company with my dad. She taught me to never take no for an answer when it comes to making a dream come true. At my summer camp in Maine, our theater director, Susan Rasmussen, gave me the courage to perform. She taught me to be fearless on-stage and on-camera.

What kind of a difference are you making with your work?
I want to help other people — whether that’s making them laugh, smile, relate, or not feel alone in this world.

THE FEED
9:00 a.m.
2024 presidential election
2024 presidential election
What on Earth Are These 2024 Long Shots Thinking?
By Ed Kilgore
It’s not inconceivable that someone like Nikki Haley could become a contender. But don’t count out sheer ego as motivation.
8:00 a.m.
just asking questions
just asking questions
What It Takes to Give Abortion Seekers (Actually Good) Advice Online
By Irin Carmon
The Online Abortion Resource Squad’s Ariella Messing on fighting disinformation in a post-Roe world.
2/2/2023
early and often
early and often
Trump Reminds Republicans He’s Willing to Ditch the GOP
By Ed Kilgore
Even if he doesn’t formally launch a third-party bid, Trump could doom the 2024 Republican presidential nominee.

2/2/2023
royals
royals
Australia Banishes King Charles From Its Banknotes
By Margaret Hartmann
In the battle to succeed his mother on Australian $5 bills, Charles loses to the First Australians.
2/2/2023
early and often
early and often
The Hunter Biden Counteroffensive Begins
By Matt Stieb
Tired of being a GOP punching bag, he threatened Fox News with a defamation suit and encouraged the DOJ to investigate how his laptop became public.
2/2/2023
the national interest
the national interest
The GOP Attack on Ilhan Omar Trivializes Antisemitism
By Jonathan Chait
Elevating Marjorie Taylor Greene exposes the hypocrisy.
2/2/2023
religion
religion
Badass Pope Briefly Endorses Giving People the Finger
By Benjamin Hart
A weird Thursday-morning tweet from the pontiff.
2/2/2023
crime
crime
New Jersey Councilwoman Shot and Killed Outside Her Home
By Nia Prater
Eunice Dwumfour, a 30-year-old member of the Sayreville Borough Council, was found shot dead on Wednesday night.
2/2/2023
early and often
early and often
The Latest Hunter Biden Revelation Is a New Low
By Matt Stieb
Texts reportedly show he withheld an employee’s pay for sex.
2/2/2023
the talented mr. santos
the talented mr. santos
Here’s Every Single Lie Told by George Santos
By Matt Stieb
Navigating the many exaggerations and falsehoods of New York’s newest representative.
2/2/2023
creature capers
creature capers
The Hunt Is on to Find the Dallas Zoo Bandit
By Matt Stieb
Police are looking for whoever is responsible in a strange crime wave in which animals have been killed and apparently stolen from the zoo.
2/2/2023
what we know
what we know
New FBI Search of Biden’s Home Finds No Classified Documents
By Margaret Hartmann
The search of Biden’s Rehoboth, Delaware beach house was planned and consensual, like the searches of his office and Wilmington residence.
2/2/2023
early and often
early and often
The GOP Can’t Remember Why It Took the Debt Ceiling Hostage
By Eric Levitz
Republicans are fighting Biden for the sake of fighting.
2/1/2023
politics
politics
Eric Adams’s Approval Rating Is Falling
By Nia Prater
Crime is the top issue for New Yorkers, and very few say it’s gotten better under his watch.
2/1/2023
early and often
early and often
Nikki Haley Is Taking on Trump 2024 (or Running for VP)
By Ed Kilgore
The South Carolinian is expected to announce her run later this month, but Trump has already staked a claim on her crucial home state.
2/1/2023
tremendous content
tremendous content
Watch Trump Repeatedly Plead the Fifth, Like a Mobster
By Margaret Hartmann
New deposition video shows Trump, who once said only criminals and “the mob” take the Fifth, asserting his constitutional right more than 400 times.
2/1/2023
politics
politics
There’s Another Push to Change New York’s Bail Reforms
By Nia Prater
Governor Kathy Hochul reaffirmed her intent to give judges more discretion in setting bail during her budget presentation Wednesday.
2/1/2023
let it snow
let it snow
Our Long Local Snowmare Is Over
By Benjamin Hart
New York City finally saw some flakes stick to the ground on Wednesday morning. Better late than never.
2/1/2023
the big picture
the big picture
The End of ‘Zombie Neoliberalism’?
By Eric Levitz
There is burgeoning, bipartisan support for big government.
2/1/2023
the national interest
the national interest
It’s Republicans Who Won’t Negotiate Over the Budget Deficit
By Jonathan Chait
The other big lie in this hostage crisis is hiding in plain sight.
2/1/2023
the system
the system
The Government’s Telling Response to Tyre Nichols’s Death
By Zak Cheney-Rice
The reforms being considered would probably not have prevented his killing. But officials have gotten better at preempting outrage.
1/31/2023
life after roe
life after roe
RNC Tells Republican Politicians to Stay Extreme on Abortion
By Ed Kilgore
The RNC passed a resolution scolding politicians who backed off after the end of Roe v. Wade and urging them to stay on the offensive in 2024.
1/31/2023
tyre nichols
tyre nichols
Eric Adams Defends Specialized Police Units Following Tyre Nichols Case
By Nia Prater
The New York mayor said that, while he did not want to second-guess the decision to disband Memphis’s SCORPION unit, “units don’t create abuse.”
1/31/2023
the money game
the money game
Jerome Powell’s Crazy Balancing Act
By Kyla Scanlon
The Fed chairman faces a big decision with the world watching. No one said his job would be easy.
1/31/2023
the national interest
the national interest
Why DeSantis Is on Track to Beat Trump
By Jonathan Chait
The main Trump alternative has learned the lessons of 2016.