It might not have been in effect for everyone, but if you loaded up Facebook this morning, you might have found a curious question appended to every single post in your News Feed: “Does this post contain hate speech?” The user was presented with two options, yes or no.

The question appeared below everything — articles from reputable news outlets, links to tweets about #MeToo, pictures of a dog’s weight-loss journey, a video of a horse and a Dalmatian running, a link to Kickstarter. It even appeared below posts Facebook published on its own page.

Is Facebook’s monitoring system being overaggressive in policing hate speech, or is it a glitch? Almost certainly the latter. Clicking the “yes” dialogue option brought up a further dialogue. In that step, users could classify a post as “Hate Speech” or as “Test P 1,” “Test P 2,” or “Test P 3.” 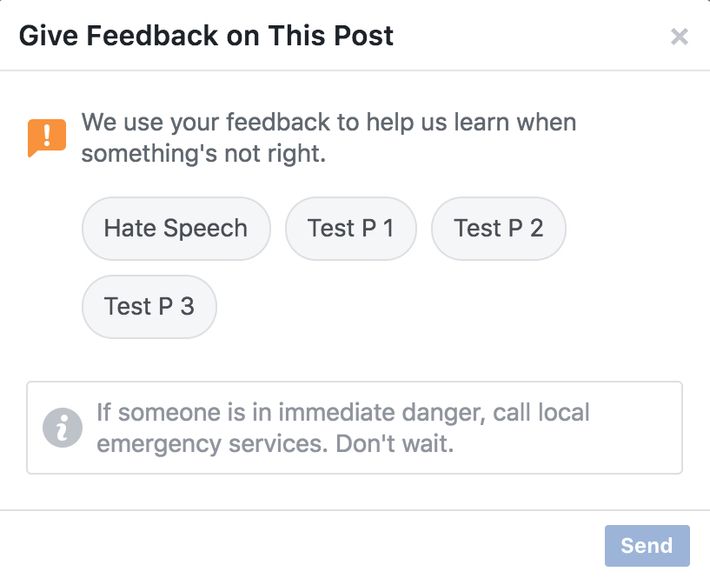 So … yeah, it seems like a glitch. It’s gone now, but it might return in a less overzealous form in the near future. “This was an internal test we were working on to understand different types of speech, including speech we thought would not be hate. A bug caused it to launch publicly. It’s been disabled,” a Facebook spokesperson said in a statement to Select All.