Imagine you’re in the checkout line at a Sephora when a young woman sashays in front of you, empty bottle of exfoliant in hand, and begins waving it in the face of the clerk, in the same expectant way you see impatient patrons at restaurants flag down servers for refills. “Loved this! Thank you, Sephora!” she says — at which point the clerk sprints down the aisle, grabs a brand-new bottle, and hands it to her, for free.

It’s difficult to see this yielding anything but an eye-roll, let alone a free refill, if you tried it in person. But on Instagram? It’s par for the course. Influential users with tens of thousands of followers (or sometimes just thousands) have increasingly taken to posting empties and shouting out brands while doing so, implicitly begging for replacements. And they’ve been getting free product, lots of it, and in many instances, violating FTC regulations while doing so.

“It’s really standard protocol,” says Janice Tran, a former assistant marketing manager for Dr. Jart, a start-up in the skin-care space. “Every time I saw people post empties, and they had pretty good content, I’d reach out and send them more.”

As is the case with many things on Instagram, it turns out the practice has its origins on a different platform: YouTube, where beauty vloggers, after months of product use, would post “Empties Reviews,” to signal to their audience what’s worth buying (anything they’d used so frequently that they’d run out) and what isn’t. These types of videos, of course, also serve as a subtle dog whistle for brands, which could then do some marketing calculus and discern whether that vlogger is worth sending refills or free products to.

It makes sense for brands as a financial proposition. “If you think about it, the cost of goods in the beauty industry aren’t that much,” adds Tran. “Markup can be anywhere from 50, 60, 70 percent.” Pair that with cheap shipping for smaller items, and the model starts to make a lot of sense.

Consider a skin-care start-up that has little or no resources to produce content. This start-up sees a popular Instagram user with 15,000 followers — whose photos are aligned with the brand, to use the term of art — post an empty of its product. It decides to send them a refill or free product. Later, that user then posts a photo on their own volition, and mentions or nods to the skin-care start-up’s product in some way that feels authentic — because Hey, thanks, free stuff. The start-up then requests permission to “regram” the photo to its own account. Influencer agrees, nets followers and product. Advertiser gets cheap creative assets and a new loyal follower. Both parties benefit.

“If the content’s good it’s worth more to me because I don’t have to go shoot it,” says Tran. “When you regram from a lot of users, other users see and think, I want to be a part of that; they have so many followers. I want to gain followers. I want to post something aligned with their brand.” What’s more, some users don’t even need to have a lot of followers to try and shake down brands for free wares. “I’ve reached out to people with fewer than 1,000 followers,” Tran adds. “Sometimes I don’t even look at followers. The content is actually more important.” 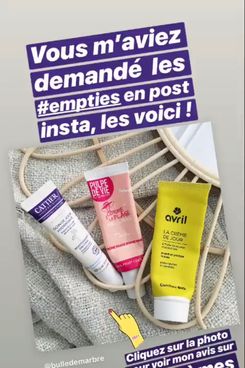 It works for brands. The problem for influencers, though, is that the practice can violate FTC regulations. “If an influencer is doing it as part of a sponsored campaign or being compensated in the form of free products,” says Richard Newman, an FTC advertising compliance and defense lawyer at Hinch Newman LLP, “a disclosure is required.”

Last year, the FTC posted a press release and sent out letters to influencers of all stripes, from athletes to beauty bloggers, warning them that their disclosures need to be clear, and the subtle brand nods some influencers try to use, so as to maintain the veneer of non-sponsored authenticity, aren’t cutting it. “Many consumers will not understand a disclosure like ‘#sp,’ ‘Thanks [Brand],’ or ‘#partner’ in an Instagram post to mean that the post is sponsored.”

Influencers, for their part, are likely to argue that posts showing empties aren’t necessarily fishing for free product. “If I post an empty product bottle, it’s because I stand behind it,” says Bianca Valle, who, with her 22,000 followers, has been described by Vogue as an Instagram star. “It’s a poisonous thought, assuming someone’s posting empties just to get more of something.”

While others — like Jessica Wu, a stylist and e-commerce director at Peter Do and sometimes model, with 25,000 followers — see posts with empties as a by-product of a fledgling relationship between a brand and influencer. “I’ve talked to my friends, and when they’re about to run out of something, they’re uncomfortable asking someone giving them something for free again.”

Until the FTC chooses to prosecute a case, the extent to which the free-publicity-to-free-products cycle violates its rules is unclear. But this is not an issue likely to go away: Although the practice of posting empties has primarily been endemic to the cosmetics realm of Instagram, new forms of partnership-fishing are beginning to metastasize. Tran told me a story about a trip to the Bahamas with a friend who covered her breasts with two slices of pizza, took a photo, and posted it as a Domino’s paid partnership. “Domino’s flagged it and removed the post, but then later reached out and said it’d be cool to collaborate in the future.”

“I’ve seen influencers jokingly tag McDonald’s or Taco Bell, and they’ll get a DM or tweet back. Here’s a year’s worth of McDonald’s — it’s kind of crazy.”

+Comments Leave a Comment
How Influencers Get Free Cosmetic Products, and You Can Too!