Thanks for joining me here today. I’d like to talk about a meme going around Twitter right now, without any kind of anger, or judgment, or blame. The meme format looks something like this:

“Well, no. I didn’t. Not really. I studied literature and then things just sort of went from there.”

“Oh, have you read The Fountainhead?”

I don’t want to call anybody out specifically — again, this is a judgment-free space — so I’m going to skip the usual section of the meme explainer where I’d embed a half-dozen of these and tell you the origin story. (For the record, a colleague tells me they “think the first one was from a chemist.”) Here’s the thing: This meme is bad, and it needs to stop, immediately.

I hope I don’t have to explain that the purpose of this meme is to humblebrag that you have an interesting, complicated, or stressful job — a job too nuanced and difficult for the average person on the street to comprehend. The meme assumes that whatever it is that you do professionally will be misinterpreted, and that your interlocutor, an unsophisticated rube, will immediately respond with an idiotic question or bit of inane advice or thoughts based on their limited and, well, wrong, interpretation of your very cool job. Because you have a cool job. Congrats on having a job! A job that is cool, no less!

That’s fine, as far as it goes. The second-order purpose of many memes is to humblebrag. The problem is that the first-order purpose of memes is to make people laugh. This meme is not, as these things go, funny. It’s not very funny that a person you’ve invented thinks that your job is equivalent to some other job that is similar, or misunderstands what you do. It might be frustrating, and I sympathize, but “frustration” is not always a good foundation for a meme that should bring pleasure and mirth to your followers.

If you want to express to the world your sense of injustice at being misunderstood, might I suggest another, older meme: the “What people think I really do” meme, which takes the following format. 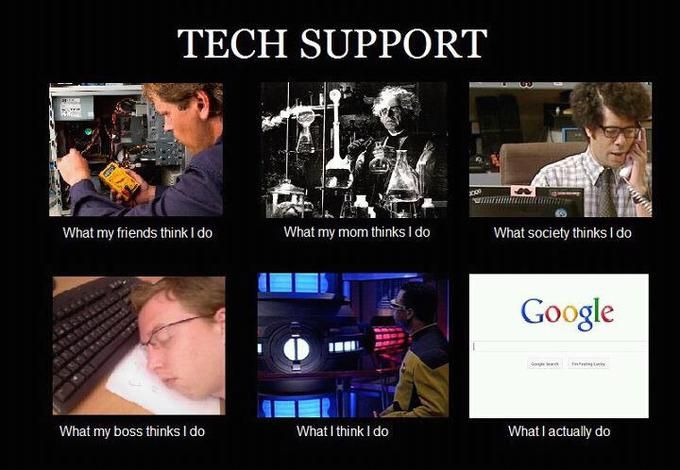 Is this meme funny? Well, not really, no. But at least it requires effort and a little bit of self-deprecation — much better foundations for quality memes than “irritation.” Congrats, again, on your cool job!

+Comments Leave a Comment
Please Stop the ‘What Do You Do?’ Meme: An Intervention