Remember Thanos? The purple big man from the Avengers movie? He got the shiny glove and said “bye-bye,” and many attractive people faded into dust (spoilers!). To be more exact, half of the universe vanished. All of this was because he liked balance or something? He got the glowing rocks and threw a green woman off a cliff. I do not remember the specifics, and I refuse to look them up.

Anyhow, Thanos fever has spilled onto Reddit, where the subreddit r/ThanosDidNothingWrong has taken off, populated by hundreds of posts and shitposts about the mad Titan. (“So-and-so did nothing wrong” is a popular text meme applied to criminals and genocidal freaks.) On July 9, just like in the movie, the subreddit will ban half of its members. For some, being unable to post is a fate worse than death.

As the idea took root, the forums main mod The-Jedi-Apprentice contacted Reddit’s actual admins about the procedure. “As you all know, I was in talks with one of the admins of Reddit. He told me that doing a massive ban the day before July 4 was a terrible idea, because many of Reddit’s engineers would be out with their families,” they posted. However, the site did give permission, and they are developing a custom tool to make it happen without breaking the site. Leading up to the ban, as The-Jedi-Apprentice “acquires” each Infinity Stone, he is also planning to “sacrifice” another mod, user dragonphlegm, referred to as the Gamora of the subreddit’s mod team.

Ahead of the banning on Monday, the subreddit has climbed to more than 350,000 subscribers, and is being populated with all manner of Avengers memes. Here’s one from MorbidMoose530: 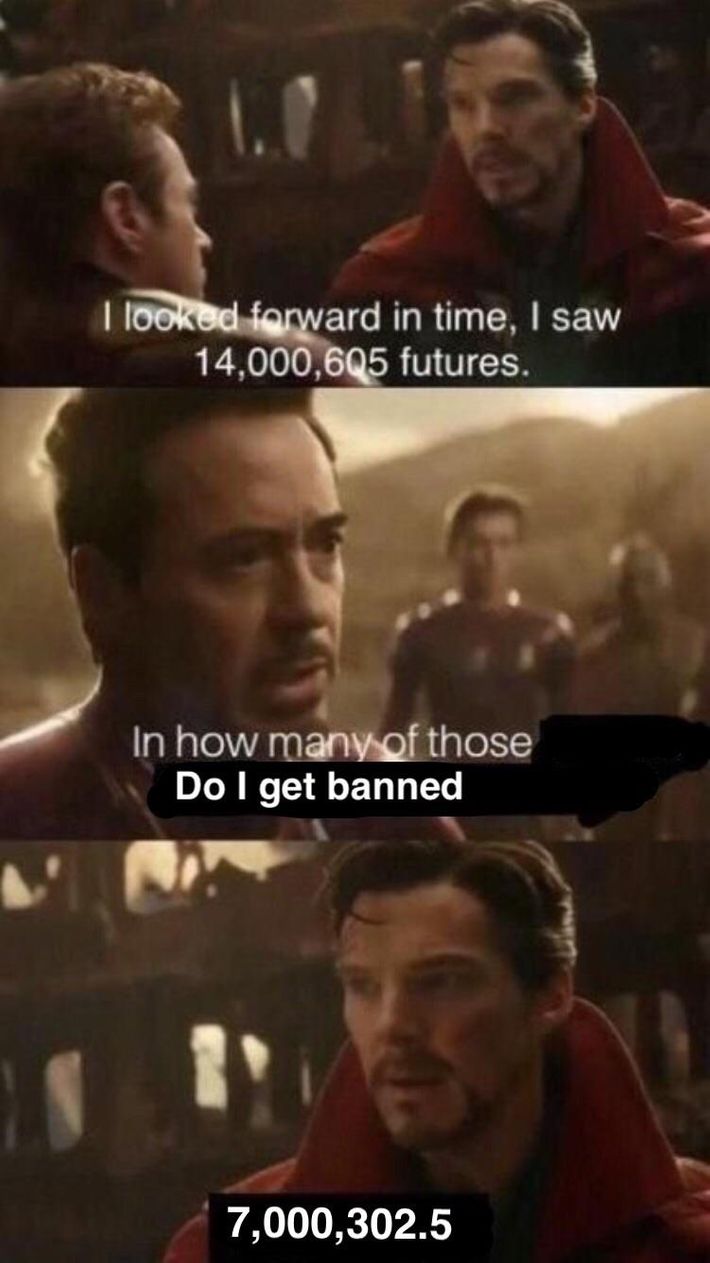