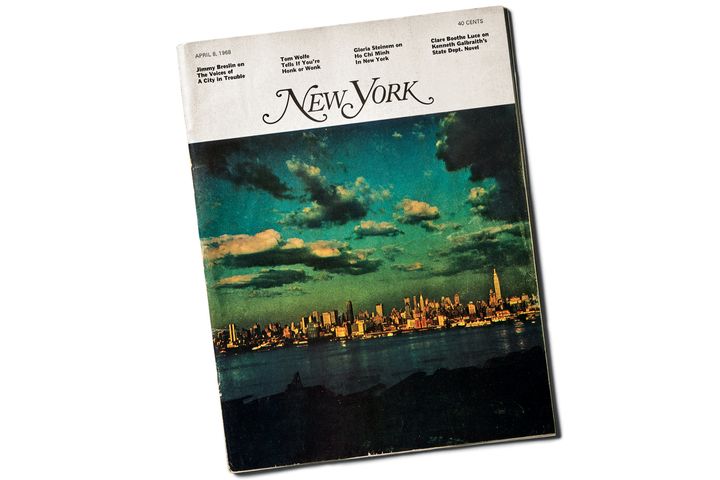 Launched in April 1968 by the editor Clay Felker and the graphic designer Milton Glaser, New York in its early days was the place to read Tom Wolfe, Gloria Steinem, Pete Hamill, Jimmy Breslin, and Gail Sheehy. In the five decades since, it has received 49 National Magazine Awards from the American Society of Magazine Editors (ASME), with Felker and Adam Moss (editor-in-chief from 2004 to 2019) both named to the Magazine Editors’ Hall of Fame. New York won a George Polk Award in 2016 for its cover story on the women accusing Bill Cosby of sexual assault, and in 2018, art critic Jerry Saltz won the magazine’s first Pulitzer Prize. New York was named Magazine of the Year in Adweek’s Hot List in 2016, 2019, and 2022, with editor-in-chief David Haskell named Editor of the Year in 2021.

From the beginning, New York’s sophisticated yet enthusiastic voice found a readership far beyond the magazine’s namesake city. In the digital era, that audience is global as readers everywhere have come to crave its vocal coverage of television, fashion, politics, real estate, food, or, increasingly, all of the above (plus the crossword puzzles). Today, in addition to six digital verticals, New York’s journalism spans flagship audio programs — including Pivot, On With Kara Swisher, the pop-culture show Into It, and the narrative-podcast series Cover Story — and a newsletter portfolio that includes daily franchises like One Great Story and Dinner Party as well as regular series such as The Year I Ate New York and The Critics.

From Saturday Night Fever (1977) and Taxi (1978) to Hustlers (2019), Inventing Anna (2022), and The Watcher (2022), New York’s award-winning journalism has been adapted for the big and small screens by some of the most influential names in Hollywood. Now produced in collaboration with Vox Media Studios, New York’s projects range across genres and formats, including series, feature films, and documentaries.

Since 2019, New York has been a part of Vox Media, the leading modern media company, whose portfolio features nearly 20 popular and influential editorial properties, including (in addition to the New York brands) Vox, Eater, NowThis, SB Nation, The Dodo, and The Verge. The Vox Media Podcast Network is one of the largest collections of popular podcasts, spanning technology, news, pop culture, emerging trends, and more. Vox Media Studios is the award-winning nonfiction production and distribution studio for multiple TV and streaming partners.