Because the “Despacito” video gives you just a pequeño taste of what the Island of Enchantment is all about. 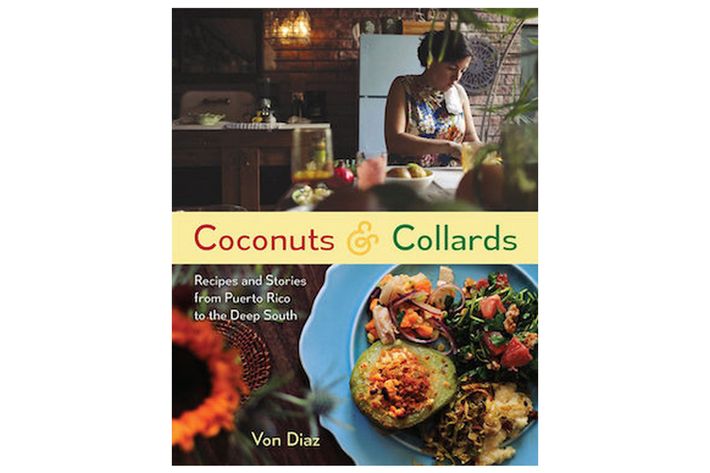 Coconuts & Collards
Part cookbook, part memoir, this recent release shares recipes from author Von Diaz’s heritage, as well as memories of growing up in Puerto Rico and the American South. 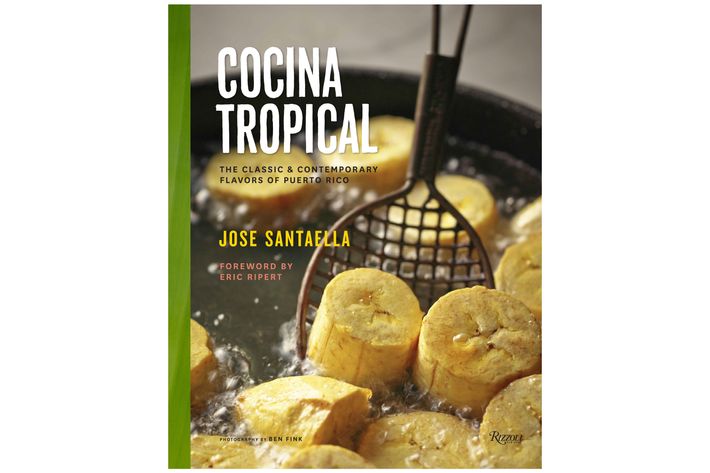 Cocina Tropical
Chef Jose Santaella’s cookbook offers a modern and comprehensive look at Puerto Rican cuisine, along with profiles of the people and places that make island cooking unique. 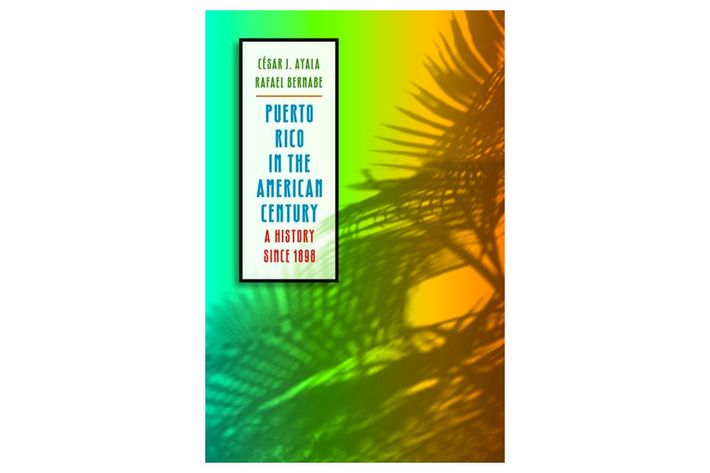 Puerto Rico in the American Century: A History Since 1898
A deep dive into the complicated history of Puerto Rico as an American territory, from the Spanish-American War to current-day issues with the island’s political status. 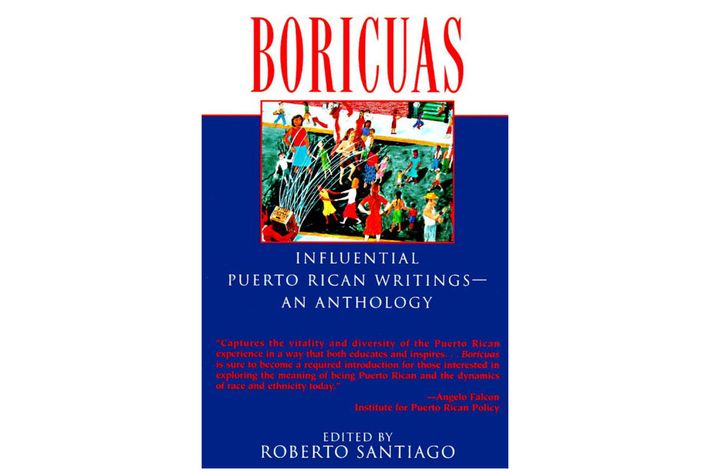 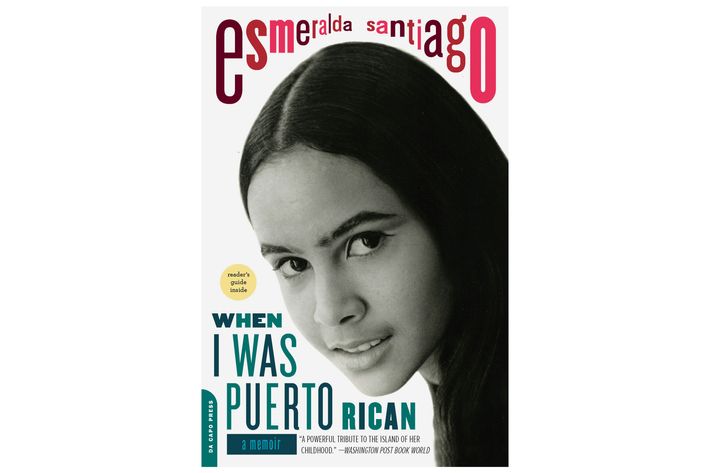 When I Was Puerto Rican
Esmeralda Santiago’s memoir chronicles her journey from childhood in rural Puerto Rico to New York, where she grapples with culture shock, racism, and learning a new language, to her admission into La Guardia School of Performing Arts.

Frontline: Powering Puerto Rico
This May 2018 episode of the popular Emmy- and Peabody-winning PBS series explores the humanitarian and economic crisis in Puerto Rico post-Maria with in-depth, investigative reporting.

1950: La Insurrección Nacionalista
A recently released documentary about five Puerto Rican nationalists who challenged the U.S. government in 1950 for Puerto Rican independence and the consequences of their actions. 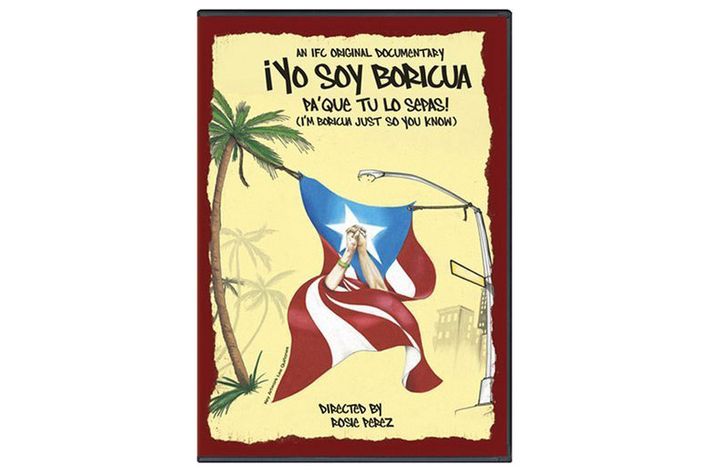 Yo Soy Boricua, Pa’Que Tu Lo Sepas!
A documentary film directed by Rosie Perez about Puerto Rican culture, politics, history, and identity both in the United States mainland and on the island.

Puerto Rico Forward
This podcast takes a look at Puerto Rico’s colonial and economic history. It is hosted by Andrew Mercado-Vázquez, a professor of socioeconomics at the University of Puerto Rico, who explores issues such as independence versus statehood and the current economic crisis.

Puerto Rico Travel Cast
The owners of a popular El Yunque bed-and-breakfast host this podcast about adventures in traveling around the island, from surfing the waves of Rincon in the west to snacking on fritters at the kioskos in Luquillo in the east.

Local music
From salsa to reggaeton, Puerto Rican music has been making the world “shake their bon-bons” for decades. Olga Tañón is the princess of Latin pop; Tito Puente, songwriter and bandleader, is the king of Latin/jazz fusion. Daddy Yankee and Luis Fonsi, a reggaeton master and Latin pop idol, respectively, joined forces on “Despacito,” the most streamed song of all time. The Spanish-born cellist Pablo Casals founded the Puerto Rico Symphony Orchestra and the Conservatorio de Música in San Juan. Last but not least, check out salsa and bolero composer (and local politician) Willie Colón.

La Mafia
A Spanish-language restaurant blog that shares the best gastronomic experiences across the island.

La Calle Loíza
A website that focuses on trendy Calle Loíza and its restaurant and shop openings or closings, street art, and community happenings.

See Puerto Rico
The tourism board maintains a page on hotel reopenings, but also serves as a helpful resource for island-wide outfitters, day trips, and event listings.

@DavidBegnaud reports on the status of island recovery and @OpenFoodPR celebrates restaurants that are back open for business. @Organizacion_Boricua chronicles activism on the island. @cosanuestracollective shares updates on relief initiatives. @TicketCenterpr is the best guide for live-music happenings. For artful images of island nature, @fernandosamalot is lovely to look at. Digital tourism site @whateverpuertorico presents the best of what to see and do on the island. @Estaciontropical is a nonprofit initiative for island artists. And in @EatGordaEat, California-based Puerto Rican food writer Illyanna Maisonet shares the best of PR cuisine (of which, as these chefs prove, there is no shortage).

What to Read, Watch, and Follow Before Visiting San Juan

See All
overnights 6:01 a.m.
The Bad Batch Recap: City of Walls and Secrets The Bad Batch’s two-part political thriller ranks up there with some of the best The Clone Wars ever did.
music feuds 2:12 a.m.
Pink Floyd’s Roger Waters May Speak to United Nations Not before he and lyricist Polly Samson begin feuding on Twitter.
overnights Yesterday at 10:45 p.m.
The Real Housewives of New Jersey Season-Premiere Recap: New Dogs, Old Tricks New Jersey is back with all its old beefs and maybe a new curse?
vulture sports Yesterday at 9:40 p.m.
Super Bowl LVII Commercials Kick Off Early The real main event.
"wellness" Yesterday at 9:11 p.m.
Of Course, Aaron Rodgers Is Going On a ‘Darkness Retreat’ It’s all part of his “era of contemplation.”
grammys 2023 Yesterday at 8:26 p.m.
How Harry’s House Beat Beyoncé Attempting to explain a painful-to-swallow win.
checking in Yesterday at 7:59 p.m.
Fawlty Towers to Open a New Location John Cleese and his daughter Camilla Cleese are rebooting the British comedy series.
yikes Yesterday at 7:50 p.m.
Ashton Kutcher Purposely Chose To Pose Like That The awkward photos of Kutcher and Reese Witherspoon were all by design, apparently.
oscars Yesterday at 6:46 p.m.
Gina Prince-Bythewood Weighs In on the Best Actress Debate The Woman King director called out the lack of Oscar nominations for Black women.
theater review Yesterday at 6:00 p.m.
Lucy and Endgame Venture Into Extreme Caretaking The apocalypse is coming from inside the house.
early and often Yesterday at 5:47 p.m.
Democrats’ Huge Primary Shake-up Won’t Change the 2024 Race Displacing Iowa and New Hampshire will generate a lot of drama. But it won’t matter if Biden is the nominee, and the new schedule may not stick.
awards season Yesterday at 5:43 p.m.
Gina Prince-Bythewood Says Academy Fails to Recognize Black Artists Calling Woman King’s Oscar’s shutout “a reflection of where the Academy stands.”
best in class Yesterday at 5:30 p.m.
The Very Best Harnesses for Every Type of Dog Vets and dog trainers weigh in on their favorite harnesses for all kinds of dogs.
gifts they might actually want Yesterday at 5:02 p.m.
A Gift for Every Type of Boyfriend (at Every Price Point) Whether he’s a creative type or a golf guy or has pasta-maker aspirations.
By Jeremy Rellosa
bad mormon Yesterday at 5:00 p.m.
The Mormon Church Won’t Let Heather Gay Make Merch The Bad Mormon author and reality TV star says her latest drama with the church is “all about the merch.”
valentine's day 2023 Yesterday at 4:45 p.m.
Valentine’s Day Gifts for Every Type of Man A fancy phone charger, sweats he can wear out, and a very sharp chef’s knife.
By Erin Schwartz
tremendous content Yesterday at 4:03 p.m.
Melania Trump Was Mastermind Behind ‘Hero Dog’ Story Should Melania have been in the Situation Room for the al-Baghdadi raid? No. But her dog idea was no dumber than anything her husband did.
classical music Yesterday at 3:30 p.m.
Gustavo Dudamel Will Take Over the New York Philharmonic But not until 2026.
teens Yesterday at 3:06 p.m.
Leonardo DiCaprio Is Not Currently Dating a Teen Why would you think that??
bird talk Yesterday at 2:45 p.m.
Meet Brooklyn’s Newest Power Couple Recent bald-eagle sightings are delighting human visitors and terrorizing bird residents in Prospect Park.