Ad will collapse in seconds…
Two rejection letters received back-to-back, identical except for the “Dear Chuck” and the “Dear Mr. Davidow.”

Chuck Davidow was a 23-year-old second-year law student at Harvard — a member of the Law Review with pal John Roberts, now the chief justice of the Supreme Court — who had high grades and believed his prospects for a summer job were as good as (if not better than) his classmate’s.

He applied everywhere: Chicago, Boston, Washington, D.C., New York, and the Bay Area, until “the coolest firm in San Francisco” asked Davidow for an in-person interview. It lasted all of five minutes.

The interviewer, Prentiss Willson of Morrison & Foerster, had another lunch meeting and told Davidow he would be in touch. And he was — a few weeks later, the rejection letter came in the mail: “Unfortunately, we are unable to offer you a position in our 1978 summer associates program …”

And then, the very next day, a second, identical rejection letter came.

So Davidow decided to respond. His WTF letter, published below for the first time, was so well received he was immediately offered the job: 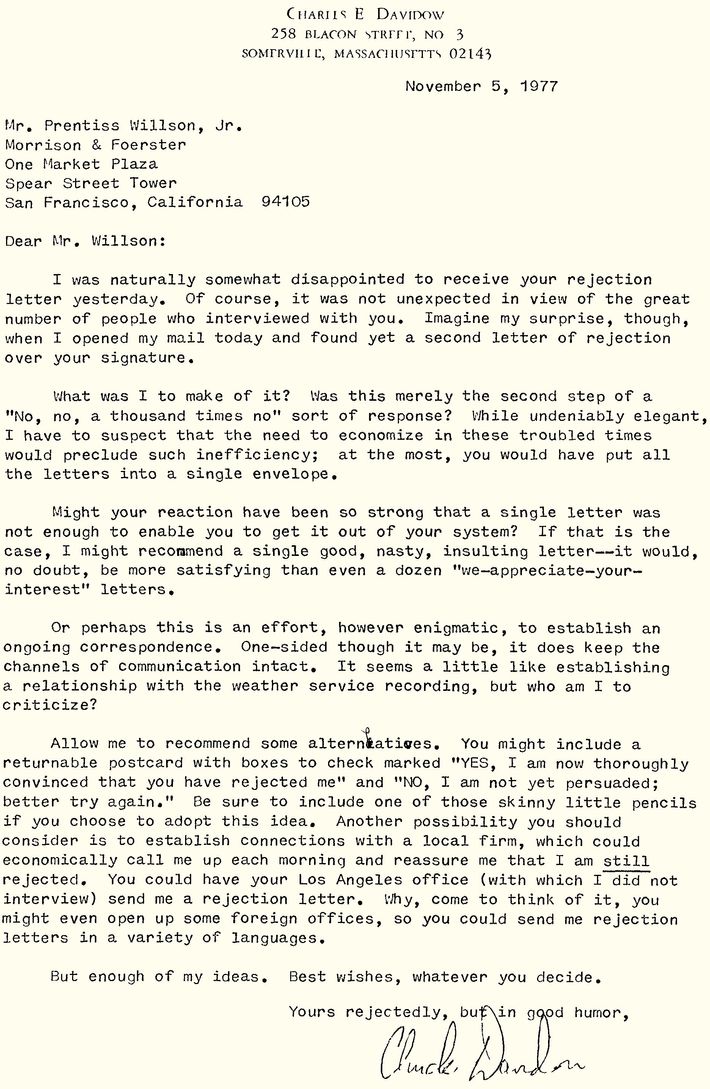 Within the week, Davidow got a call from Prentiss. The job was his. But Davidow politely declined, having decided to take a summer job in D.C. Still, two weeks later, Prentiss tried again: 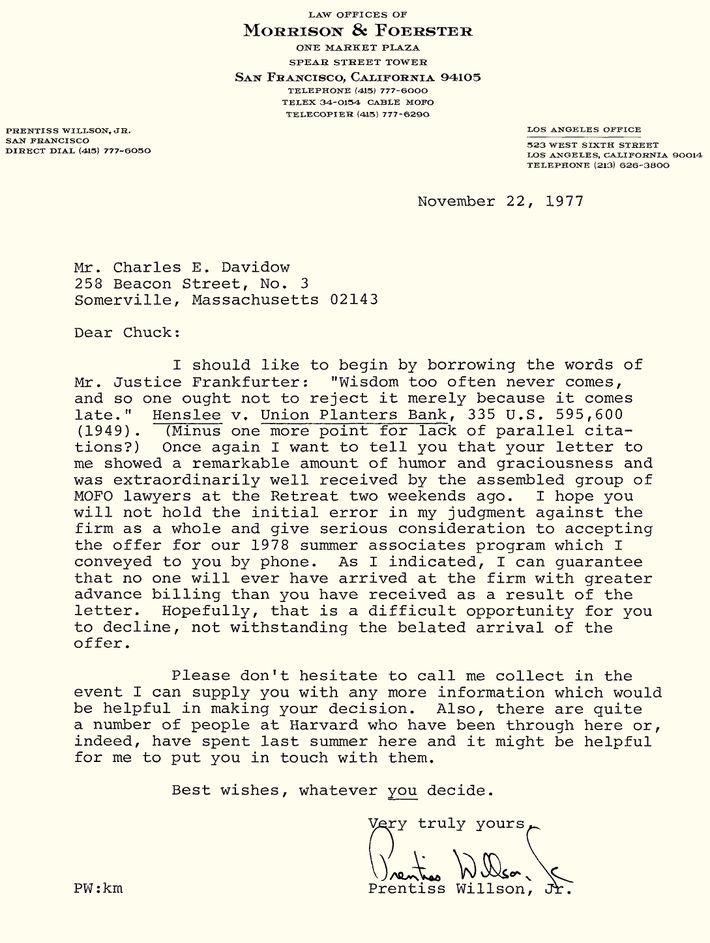 And Prentiss wouldn’t give up, pursuing Davidow through graduation and beyond. In fact, their correspondence went on for years, and the two remain friends to this day. 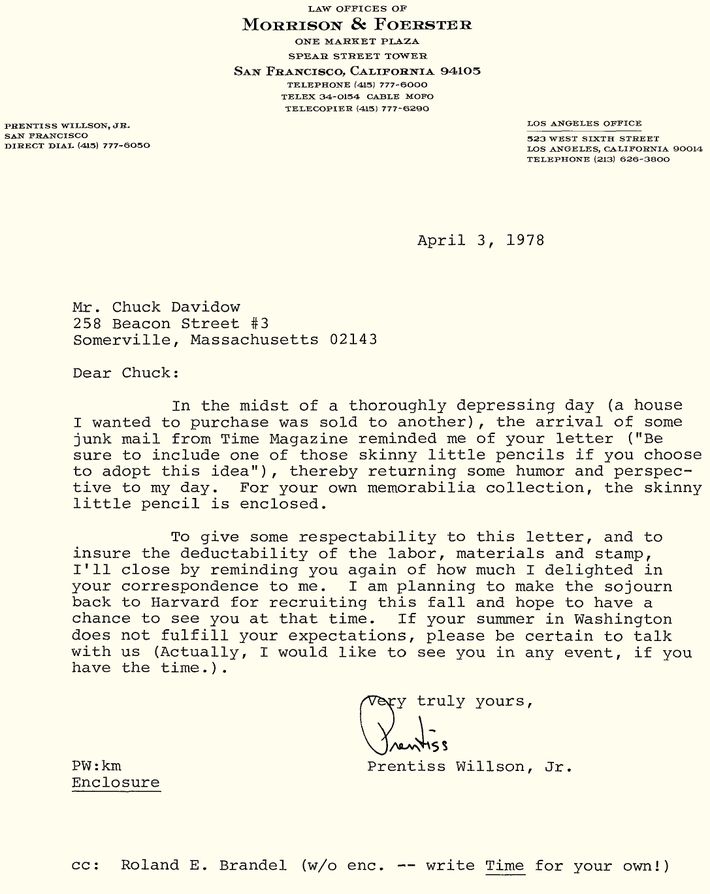 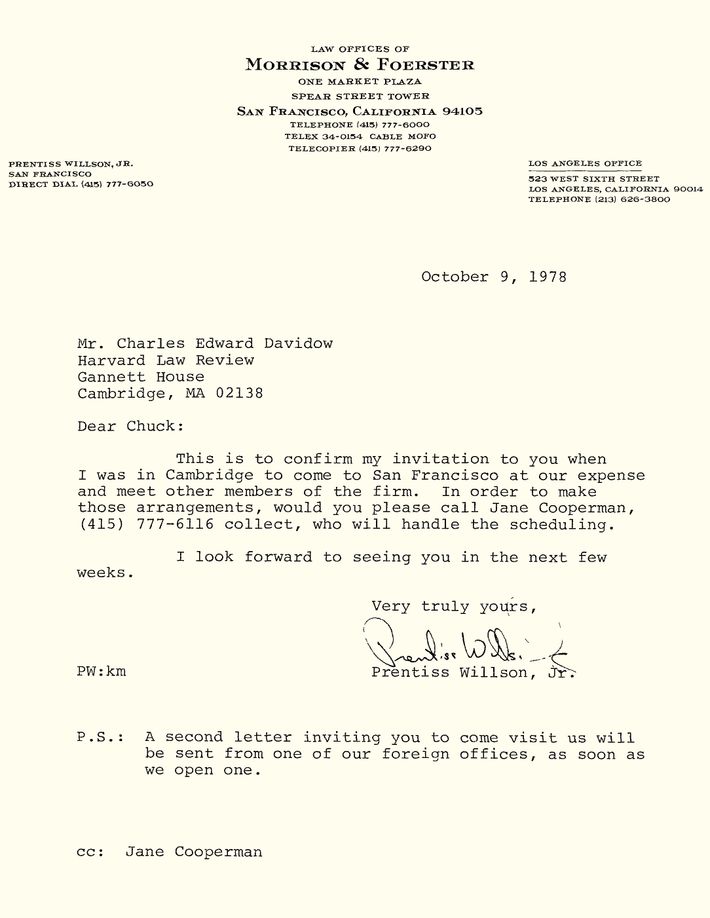 Read a Rejection-Letter Reply So Brilliant, It Got Him Hired